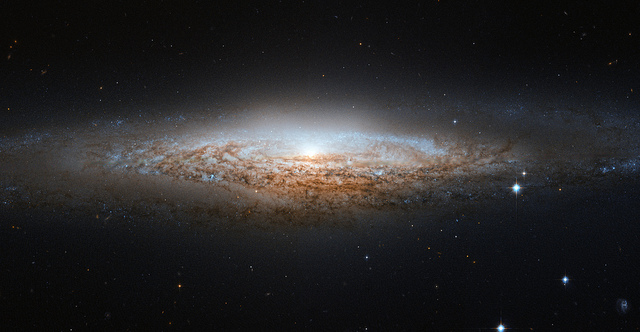 Like many twenty-somethings, one of my favorite past times is procrastination by Youtube. Being a giant science nerd I, of course, usually devote much of the significant amount of time I spend on the web looking at science and tech related comics, jokes and videos.

For now, I’ll put aside my vast knowledge of science comics to humbly submit to you, dear reader, my two top picks for the most awe inspiring videos about one particularly rad scientific theory: the “star stuff” theory.

This theory basically suggests that we are the Universe subjectively experiencing itself. Our atoms and the atoms of everything around us were born in the stars. The heavy and light elements that compose our bodies are the same elements that float around out in space. Let that sink in for a moment. We are literally made out of star stuff.

The two links below fall into what I lovingly refer to as the “star stuff” video genre, and they might be the best things out there to make you feel connected, inspired and insanely tiny in a world filled with your wee problems.

Let’s just say these videos act as a healthy dose of perspective.

Symphony of Science: “We are All Connected”

If you haven’t heard of the Symphony of Science songs, never fear. You’re going to be one of 10,000 people (at least according to xkcd) to learn something new and magical today. I’m actually envious of you if you haven’t seen this video before. It’s all of my favorite astrophysicists and science gurus singing about atoms set to a rather catchy little tune. Auto-tuned science — what could be better?

This is all I will say about the above video: it made me cry. I blubbered like a baby for a good minute after watching it. Consider yourselves warned.

After your daily dose of awe, it might be good to get a bit of physical (as opposed to only emotional) perspective in for good measure. I’ve found that this interactive flash video is the best way to even begin wrapping my mind around the immensity of the Universe. You’re able to scale all the way down to the smallest possible fragment of an atom and all the way up to the estimated size of the Universe. Scroll slowly. It’s worth it.

The Symphony of Science song I think would be better with out the autotuning. The Most Astounding Fact ranks right up there with The Pale Blue Dot.