Yes, but insulating can reduce my carbon footprint and save money 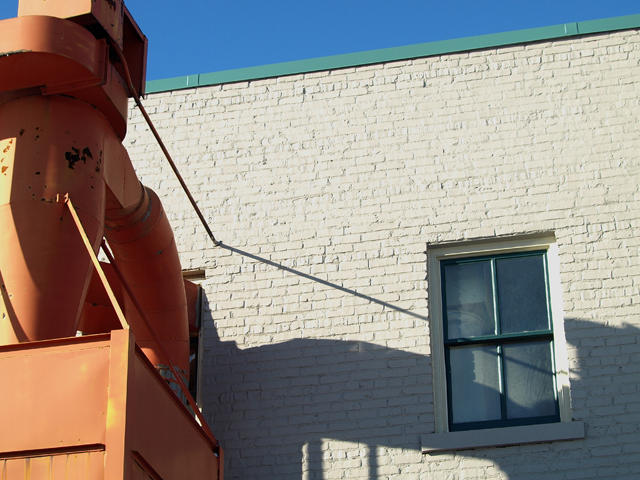 Brick walls without insulation barely retain the heat inside the building [Image credit: trammeler via Flickr]

This past August, I thought I had won the jackpot when I moved into an industrial loft in Brooklyn with beautiful exposed brick-stone walls and high, wooden ceilings. I was newly transplanted from Germany and living in the kind of New York apartment I was used to seeing in the movies.

The surprise came when the temperature fell below 50 degrees Fahrenheit for the first time: those beautiful exposed brick walls provided no insulation! That got me worried, so I asked my roommates about the winter and learned, to my horror, that there was no central heating either!

“Switch off the lights!” and “Turn the heat down!” are phrases I was raised with in Germany. So when I plugged in the electrical space heater in my room, I expected the earth to engulf me as punishment for heating so expensively and inefficiently. It didn’t happen, but maybe it should have.

My roommates didn’t share my concern about our sky-high utility bills, and that bothered me. So I went to gapminder.org and visualized some data from the International Energy Agency, an organization comprising 28 member states that deals with research, forecasts and statistics on topics including energy.

Here’s what I found. It turns out that residential energy use per person in the U.S. is more than 2.5 times higher than in Germany. Carbon emissions per capita depend on many other factors, like transportation and consumption, but the biggest factor is energy use in homes.

As for New York, a report from PlaNYC, a governmental initiative to make New York City greener, says that 94 percent of New York’s electricity use and 75 percent of its greenhouse gas emissions come from buildings. Poor insulation alone can account for as much as 70 percent of the energy loss in a building, where heat escapes through windows, roofs and those beautiful brick-stone walls.

PlaNYC suggests insulating existing homes, arguing that improvements to the building’s exterior walls typically offer long-term savings. The city even amended its building code to allow occupying additional floor area if insulation is added on the outside of the walls.

You can try this too! The U.S. Department of Energy makes it easy to figure out how much you can save, offering an online calculator in which you can enter details about your home and utility usage in order to estimate your current energy use and identify ways to save. For example, by covering up that exposed brick, our Brooklyn building could save around $6,000 a year – or avoid carbon emissions corresponding to emissions of 2.5 cars on the street.