VIDEO: These babies are made for talkin’ 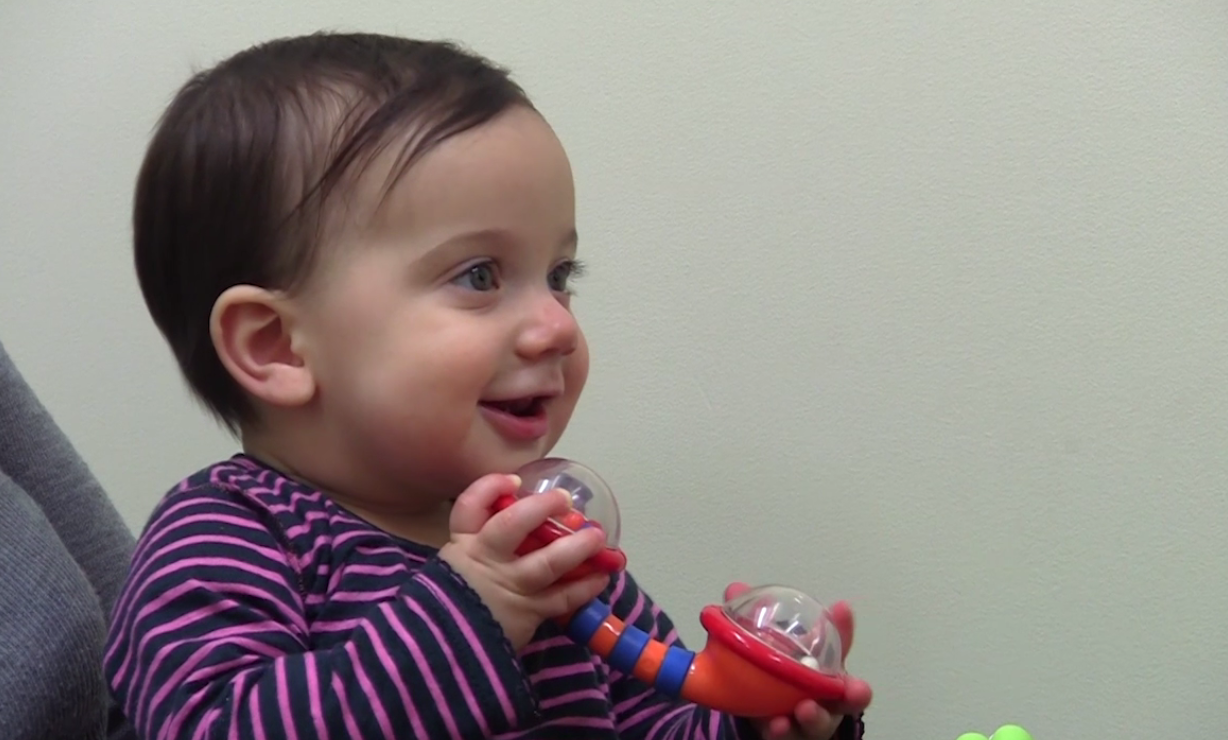 Tucked in between classrooms and labs at New York University is a room filled with picture books and toys. It’s here, in NYU’s infant cognition and communication lab, that researchers are working to understand how babies begin to relate to the world around them — a big part of which is how they learn to communicate.

“Even by six months, infants understand that people use speech to communicate information to other people,” said Athena Vouloumanos, the infant cognition and communication lab’s principal investigator.

Not all infants, however, are able to easily distinguish the sounds of human speech from other sounds. This ability might break down for infants with autism, Vouloumanos and her colleagues believe.

One way that typically developing babies learn to socialize, says Vouloumanos, is by harboring a preference for the sounds of words and the sight of human faces. But this preference might not hold for infants with autism, a neurological disorder that affects about one in 68 children in the United States and is characterized by deficits in socialization and communication.

“We started thinking about how infants perceive speech and perceive faces as maybe being a precursor to these later social and communicative deficits,” said Vouloumanos.  She hopes that studying these deficits in infants at risk for autism can help fill in a picture of how infants learn to socialize and communicate in the first place.

To test their ideas, the researchers did a pilot study with 30 infants, some who were at high risk of developing autism because they had an older sibling who had been diagnosed with an autism spectrum disorder, and others who did not show risk factors for developing autism. By 12 months, the low-risk and high-risk infants in the study showed a clear difference in how they perceived speech.

Now Vouloumanos’s team is in the third year of a five-year study, called BabySibs, which takes a deeper look at early markers of autism in children. In addition to deepening their knowledge of how babies learn to communicate, the researchers hope to identify early signs of autism that can help diagnose children before the ages of three to five, the typical age at which children are currently diagnosed.