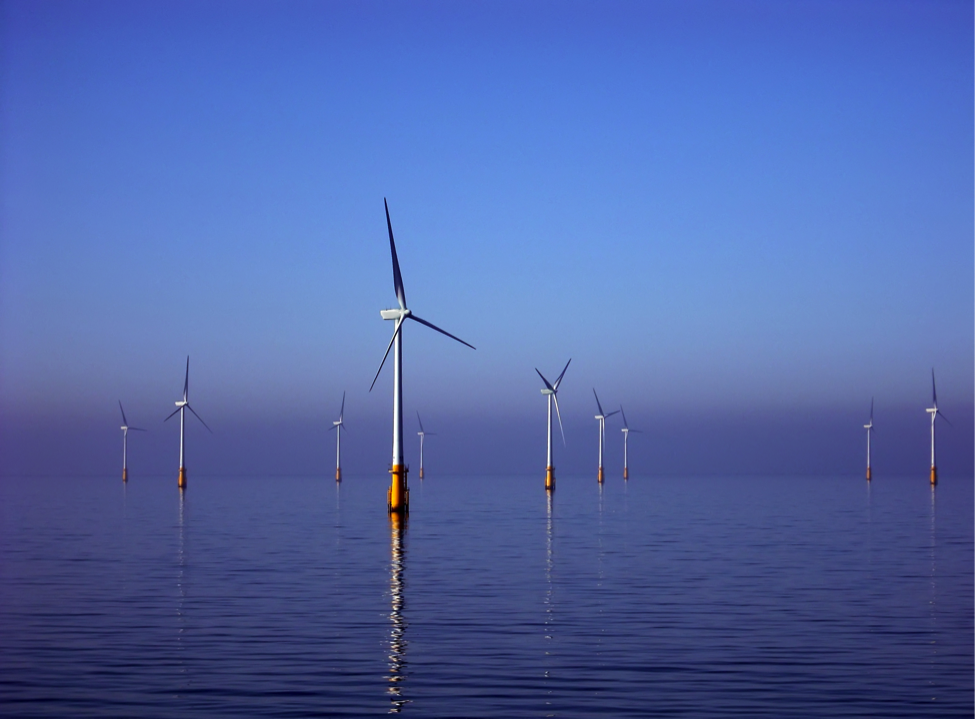 Offshore wind turbines may be the most visible of the marine renewables, but tidal and wave systems play an important role under the surface. [Image credit: Wikimedia Commons]

Scotland, with its long shorelines and brisk coastal winds, is a well of potential tidal and wind energy. Now it is teaming up with its island neighbors, Ireland and Northern Ireland, to build one of the world’s first large-scale marine renewable energy systems.

The Irish Scottish Links on Energy Study project is set to produce 6.2 gigawatts of power annually by 2020 — that’s enough to power about 1.8 million homes. It will be part of the European Union’s goal of using 27 percent renewable energy by 2030. The project, known as ISLES, will use all three of the major marine renewable energy sources — offshore wind, wave and tidal — and will provide much-needed data on the technology and its effects on the environment.

“The main advantage of marine renewable energy is that the input is much more constant,” says Sarah Henkel, a researcher at the Hatfield Marine Science Center at Oregon State University. The amount of energy produced by onshore wind turbines and solar power varies with the weather and time of day, so the consistency of marine renewables makes them valuable both to utility companies and consumers. “Efficiency is also an advantage,” Henkel says. Water is denser than air, so less motion produces the same amount of force as it would on land.

But the potential environmental effects may hinder widespread implementation of marine renewables. All three marine energy production devices make noise, which can be problematic for ocean life. Not only do many sea creatures communicate via sound waves, loud sound waves can actually injure marine animals. We still don’t have enough research to know the effects this sound will have, says Henkel, and it’s hard to design a device that prevents problems that haven’t been identified yet. But she says there is sufficient data on underwater sound waves to address issues if and when they arise.

There is far less data about other environmental issues. Artificial reefs, which form around new objects in the ocean — like wind turbines or wave energy devices — “could attract invasive species or drag fish away from their natural habitats,” says Brian Polagye, co-director of the Northwest National Marine Renewable Energy Center at the University of Washington. Providing more habitat for fish isn’t necessarily a bad thing, but if the artificial reefs cause too much change in the ecosystem they could be ultimately harmful. That’s why some of his research investigates how to design a foundation that encourages certain types of marine life to take hold. If scientists can control the local artificial reef environment, they might be able to promote marine life, but they might also unintentionally harm it. Without large-scale research, it’s difficult to know what effects the reefs will have and how much scientists will be able to control those outcomes.

Studies that would actually investigate these issues are slow to progress, however. Polagye says he can sometimes work directly with companies that produce prototypes of renewable technology or get funded through federal agencies to do testing, but there just aren’t very many prototypes being deployed in the United States.

Scotland, on the other hand, has been testing prototypes at its European Marine Energy Centre for the past 10 years. “Europe takes the approach of putting them in the ocean and seeing what happens,” says Henkel, whereas American scientists try to assess every possible outcome before deploying anything.

Technology to solve these problems can be repurposed across all marine renewables, but it’s still expensive to develop these solutions in the first place. Much of the technology in the U.S. has actually come from the needs of oil companies, Polagye says, who want to drill increasingly in deeper waters. But despite advances, he says the cost of energy from wave and tidal energy producers is still an order of magnitude higher than current prices.

High energy prices in Europe drive the desire for cheap renewable energy, says Henkel. Investments in marine renewables here in the U.S. dropped off when oil prices fell in 2014. Without investments, Henkel says we need national test facilities so that research isn’t reliant on individual companies pushing prototypes one by one.

The U.S. Department of Energy has already invested $300 million in offshore wind developments and sponsors the Wave Energy Prize to help make wave energy devices more affordable. But Polagye says renewable energy advances come with popular support. “The idea of marine energy is wrapped up in the idea of Scottish identity,” he says, “it’s a national issue in a way that it probably never will be in the U.S.”

American scientists should be trying to involve the public in the quest for marine renewables, says Polagye, but we as a country need to push forward in the meantime. Perhaps the U.S. should follow the ISLES project’s lead, says Henkel. “We’re at a tipping point now where we really just have to get something in the water.”

Corrections, January 18, 2015. The following errors have been corrected from the originally published version of this story: 6.2 GW would power about 1.8 million homes, not 6200.

Excellent post pointing out the differences between the level of support for ocean-energy R&D in the U.S. and in Scotland. The U.S. has never supported such research at a level comparable to its resources or conducive to any real progress in the field. In particular, it’s ‘ill conceived’ and premature Wave-Energy-Prize, is more of a PR effort than a robust scientific inquiry and is fraught with both major scientific and procedural problems that will call into question any of its outcomes (i.e. it may not be predictive in any way, of anything relevant to commercialization of such technologies).

Please check your units: 6.2 GW is a measure of generation capacity, not electrical output. At a 33% capacity factor (typical of offshore wind), this would provide enough power for about 1.8 million households. 6.2 GW of nuclear plant, by contrast, would be enough for about 5.4 million households.

“New objects in the ocean — like wind turbines or wave energy devices — “could attract invasive species or drag fish away from their natural habitats,” says Brian Polagye…”

Which is different than offshore oil, with decades of experience, how? This is an example of why offshore renewables in the U.S. is moving forward at a snails pace. We need to stop searching for reasons why it might not work, and start expending effort to make it work.

1. Creating an energy store by storing hydrogen gas in the deep (1200m +) water

The diagram shows how hydrogen gas can be used to store energy from renewable-energy platforms floating at sea by sending any surplus wind and solar electrical power down a sub-sea cable to power underwater high-pressure electrolysis to make compressed hydrogen to store in underwater inflatable gas-bags.

It’s potentially very cheap because no super-strong pressure containment vessels are required – the ambient hydrostatic pressure which is proportional to depth serves to compress the hydrogen gas to containable densities.

For the ISLES project we could use the deep waters off the continental shelf to the west of Scotland and Ireland, or in the somewhat deeper water to the south-west of Ireland,

In my blog post, I’ve suggested gas-lifting bags as possible containers but other options are possible.

“The maximum potential energy which could be stored by such a scheme is colossal – about 6800 Gigawatt-hours – or 283 Gigawatt-days – enough capacity to balance and back-up the intermittent renewable energy generators such as wind and solar power for the whole of Europe!”