Beer as art and science 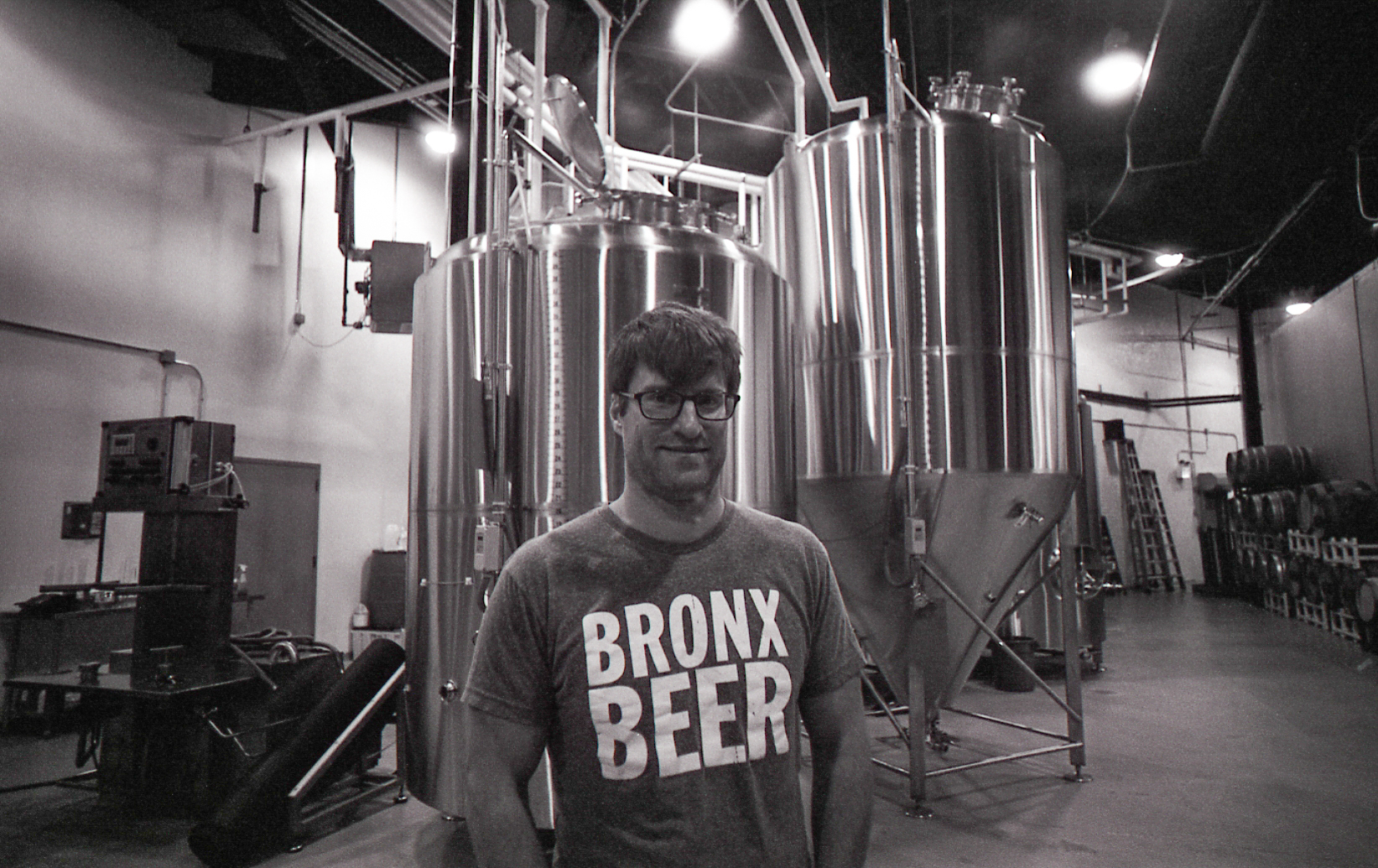 Brewer Damian Brown stands in the Bronx Brewery brewhouse. Behind him are fermentation tanks and casks for aging beers. [Image credit: Kelsey Kennedy]

INFOGRAPHIC: Behind the brew

With a spin of the handle, a tug and a clang, Damian Brown opens a hatch on the top of a large, gleaming stainless steel tank and peers inside. “This is our mash-lauter tun,” he says with an echo. “You create the wort in that and then we run it off into the kettle.” The tank is empty, as is the one next to it. The gauges and indicators are still, the cavernous, bright room only filled with a low hum and the squeak of Brown’s Chuck Taylors on the cement floor. It’s a quiet day at the Bronx Brewery, where Brown is the head brewer, and most of the assistant brewers have gone home for the weekend.

Beer’s most basic ingredients are malt, hops, yeast and water. Malted barley is ground up and combined with water in the mash-lauter tun, then boiled in the kettle. Here, the hops are added, creating a sweet, syrupy liquid called the wort. From there, the wort is cooled down, the solids from the hops and malt are removed, and the liquid is put into a fermentation tank. Yeast is added, or pitched as it’s called in brewing, and the wort is transformed into beer. For Brown, coming up with recipes that vary these ingredients and processes is the best part of brewing.

“We’ve gotten pretty good at being able to determine what the profile of the beer will be like based on raw materials and different process parameters,” he says. Process parameters are things like the temperature of the boil, or just how much of a certain type of yeast gets added. Developing a new beer recipe requires Brown to work backwards and meticulously. “You have a flavor profile in mind and then you sort of deduct from there raw materials that are going to work and the process parameters that will align with those things. Yeah, you drink wort and it’s super sweet, and you can’t really taste beer, but you just know how everything will respond. If you manage the process, you will have controlled outcomes. You just have to be aware that it’s a living, breathing, evolving thing.”

Brown got his start brewing the way many of today’s craft brewers did — homebrewing. “I was living in Nashville at the time and my roommate and I had a big yard. We had a garden and our garden supply store was also a homebrew store.” The unique store combination inspired Brown and his roommate to give it a try. “I just fell in love with it. I think it was the blend of art and science. You can make it as simple as you want it to be, or you can make it as complicated and technical as you want it to be.”

When Brown, 35, started homebrewing, he had recently finished his political science degree at Yale University and was working as a paralegal for a law office that focused on migrant worker labor cases in Nashville. “I was thinking about going to law school and then got a bit disenchanted with law,” he says. He decided to take his brewing to the next level, working as an assistant brewer at now-defunct Shenandoah Brewing Company in Virginia. Soon, he quit his job and enrolled in a brewing science program at University of California, Davis. “I crammed probably a couple years’ worth of catching up on chemistry and biology. I hadn’t taken a science class since high school.”

His cramming paid off. At UC Davis, he learned all about the science behind brewing, how to control every aspect of the brewing process and how to evaluate beer through tasting. When he finished the program, he moved to New York City to start the Bronx Brewery with Chris Gallant. Gallant had been working for Heineken in South America when he decided he’d rather run his own brewery in New York. His wife knew Brown from Yale and Brown’s love of brewing convinced Gallant that he would be the perfect brewer for the new venture.

“He’s got a great mix of art and science, which is what brewing really is,” says Gallant. He cites Brown’s creative recipes and his ability to produce a consistent product as some of Brown’s greatest strengths as a brewer. “It’s his ability to brew it right, every time. He’s a great brewer and a great business partner.”

Opening a brewery has required Brown to be more than just a brewer. “I love brewing, I love everything it entails, but also, I really like the fact that when you start a company, you wear so many hats,” he says. “If I went to work at someone else’s brewery, I would never have had the experience of laying out a brewery, selecting equipment, installing and commissioning all the equipment. It was great to see it happen from sketching some stuff on paper and working with engineers and architects and contractors to turn it into an actual working brewery.”

Now that the brewery is up and running, Brown can focus on brewing, though it’s not always coming up with recipes and tasting beer. “I spend a lot of time doing logistics work,” he says. He schedules everything from when raw materials are dropped off to when distributors come to pick up kegs and cans of the finished beer. “There’s a lot of cleaning, and always some sort of equipment maintenance that needs done.”

Despite all the tedious work, Brown doesn’t regret his decision to change course. “It’s a long road, but it’s worth it,” he says. For people considering brewing as a profession or a hobby, he encourages them to stick with it. “Just keep brewing, enjoy it. Don’t ever let it be work.” For Brown, working with a great team of people and looking into the tasting room to see people enjoying his beer makes the long hours and hard work all worth it. “Just sort of taking a step back and reflecting on all those things makes it not feel like work.” 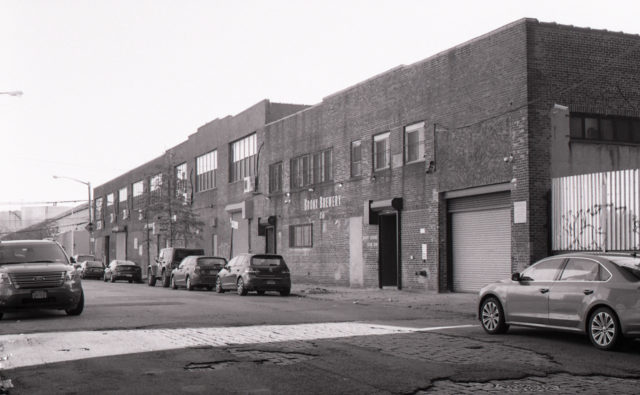 The Bronx Brewery’s South Bronx brewhouse. Down the street are a coffee roaster and custom furniture workshop, businesses the brewery helped recruit to the neighborhood in an effort to revitalize the area. [Image credit: Kelsey Kennedy]