How do Bluetooth devices work?

The science behind the hands free magic 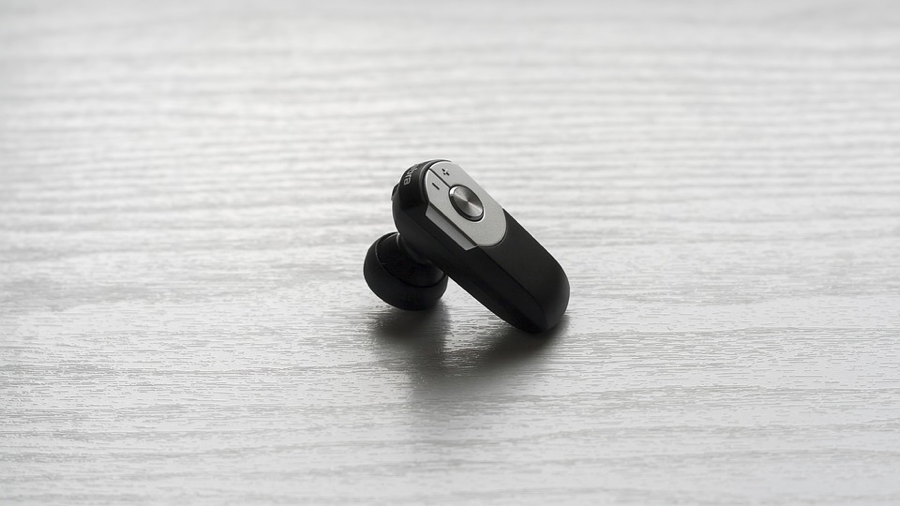 Using a hands-free Bluetooth earpiece can make you feel like you are really living in the future—but how do they work? [Image credit: Pixabay User Esa Riutta, CC0 Public Domain]

Ever Wondered: How does speech-to-text software work?

Bluetooth technology is everywhere — in our cars, our homes, our laptops, even our ears. So how does it work?

Bluetooth uses radio waves instead of wires or cables to transmit information between electronic devices over short-distances. Unlike your cellphone, which uses radio waves to communicate with a cell tower several miles away, the radio waves Bluetooth products use are 1000 times weaker and only travel small distances between the two communicating devices, usually 10 feet or less. If you have a wireless Bluetooth keyboard for your computer, and you take the keyboard to a friend’s house but leave the computer at home, your keyboard won’t be able to communicate with the computer over such a distance. And if you type on it, nothing will appear on your computer screen at home.

When Bluetooth-enabled devices are close enough, they can connect with each other through a tiny computer chip inside them that emits the special Bluetooth radio waves. But first, you have to turn on this chip, which you can usually do by pressing a specific button or flipping a marked switch. Then, the communication between the two Bluetooth devices happens over a short-range network called a piconet (pico means really really small in the metric system). This piconet is essentially a network of Bluetooth connected devices. If you’ve connected your computer to a Bluetooth-enabled keyboard, monitor, mouse and speakers, all these devices will form their own Bluetooth piconet. But they won’t be talking to each other individually. One device — in this case the computer — will be the main device with which all the others are connected.

It isn’t hard to see why Bluetooth technology has become so popular in recent years. Now everyone can feel like Lieutenant Uhura in the original Star Trek television series as they press their finger to their ear and activate their Bluetooth earpiece in order to receive an incoming phone call, leaving their hands free to help save the starship Enterprise — or drive a car.

Please advise, do Bl;uetooth charge for using the system, or are the charges only made by the owners of the various of the advertising companies. Your reply would be appreciated.

Hi N T! Thank you for reading this article. Based on a quick examination of Bluetooth’s website, it seems that companies need to apply to be “member” companies of Bluetooth in order to obtain a license to use Bluetooth in their products. Depending on the kind of membership, this could cost the company money. Of course, the company would also need to pay to obtain Bluetooth components and manufacture the technology in their products. Consumers buying Bluetooth products might pay more to mitigate both of these costs. To my knowledge, using Bluetooth does not cost consumers money after purchase, unless you are using mobile data for internet access through Bluetooth. I hope this answers your question. – Rebecca Sohn, Associate Editor, Scienceline

Dear Rebecca, Thank you very much indeed for taking the time to answer my question, Regards Trevor Parry

Thanks for your help.I’ve learned a lot from your explanation.

Really you helped I never new about piconet
Thanks dear

Hii, can the bluetooth works current supply without any wire to work electrical systems

This article is absolutely useless. Google what are you doing to display this as first result, whe googling “how bluetooth works”?

Wanted to know is there any type of patten infringement for using blue tooth technology with out joining a membership. And is it possible to build a secure blue tooth system that’s only emitting to one and only one system leaving it invisible to other devices once its activated

Thanks you so much

cant bluetooth devices like bluetooth speakers , headphones work from the battery of the device its connected to…like cant my bt earpiece charge from my phone battery, when connected…or they have not been yet manufactured…if not?…i just gave an idea