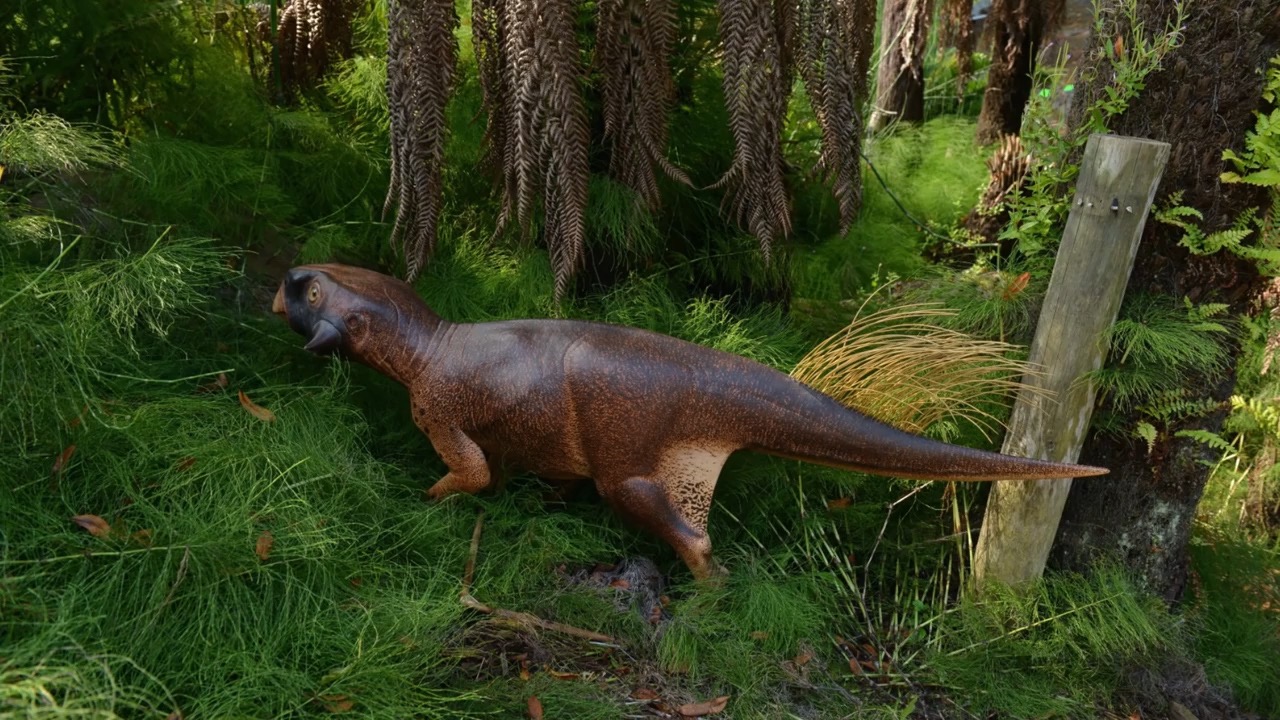 By reconstructing Psittacosaurus, scientists discovered that its patterns and shading were just right to make it fade into the undergrowth of Cretaceous forests. [Image credit: University of Bristol, Image used with permission from the university]

“The images in this book are an artist’s interpretation. We will, of course, never know what colors these fantastic beasts truly were.”

A version of this statement can be found in many dinosaur books you pick up. It seemed logical at the time — how could we possibly know the color of an animal whose only remains were fossilized bones or imprints in hardened mud?

But today, even the Wikipedia pages on dinosaurs such as the four-winged Microraptor have sections on coloration. What was unimaginable just a few years ago is now understood well enough to appear in a basic internet search.

This month, British scientists revealed the color of another dinosaur, Psittacosaurus. Let’s take a minute for that to sink in. Not only have we definitively described the color of an animal that’s been dead for over 100 million years, but we are now doing this repeatedly. They even built a life-sized model of the little guy, an early relative of the three-horned favorite, Triceratops.

The first dinosaur to have its color portrait done was the small carnivore Sinosauropteryx, which had its tail colored in 2010. The raptor Anchiornis followed that same year, and Microraptor joined the gallery in 2012. In all these discoveries, scientists used modern, high-power microscopes to see details of pigment cells in exquisitely preserved fossils.

Contrast with this some stories from the infancy of paleontology. In 1825, the English physician Gideon Mantell described the second known dinosaur, Iguanodon (the first was Megalosaurus). Since the good doctor had little of its kind to compare it with, Mantell’s analysis focused on the creature’s teeth, which he thought resembled those of an iguana. Continuing in that vein, Mantell described the creature as an enormous iguana walking on four legs, complete with spines on its back and a horn on its snout, just like some species of modern lizard.

We now know that Iguanadon actually looked very differently than Mantell thought. It was mostly bipedal, with spikes on its thumbs, instead of its nose, and a muscular tail held horizontal to the ground.

Today’s paleontologists have the benefit of nearly 200 additional years of development in biology, geology, and chemistry to aid them in their quest to understand the life that came before us. Advances in microscope technology are to thank for recent revelations on the colors of dinosaurs. In 2009, the scientists who uncovered the complexion of Sinosauropteryx used a modern electron scanning microscope to magnify stains they had found on pristine fossils of the dinosaur from northeastern China. They recognized that the tiny structures responsible for the stains were melanosomes, the parts of a cell that give it color. These weren’t stains acquired over millions of years while trapped in the rock, they were part of the dinosaur’s skin pattern. The finding made headlines shortly thereafter.

Very soon, I believe those traditional disclaimers will disappear from books. Instead we will see introductions like this: “The images in this book are based on scientific reconstructions. We now know what many of these colorful beasts truly looked like!”