Finding alternatives to sweltering asphalt is harder than it looks 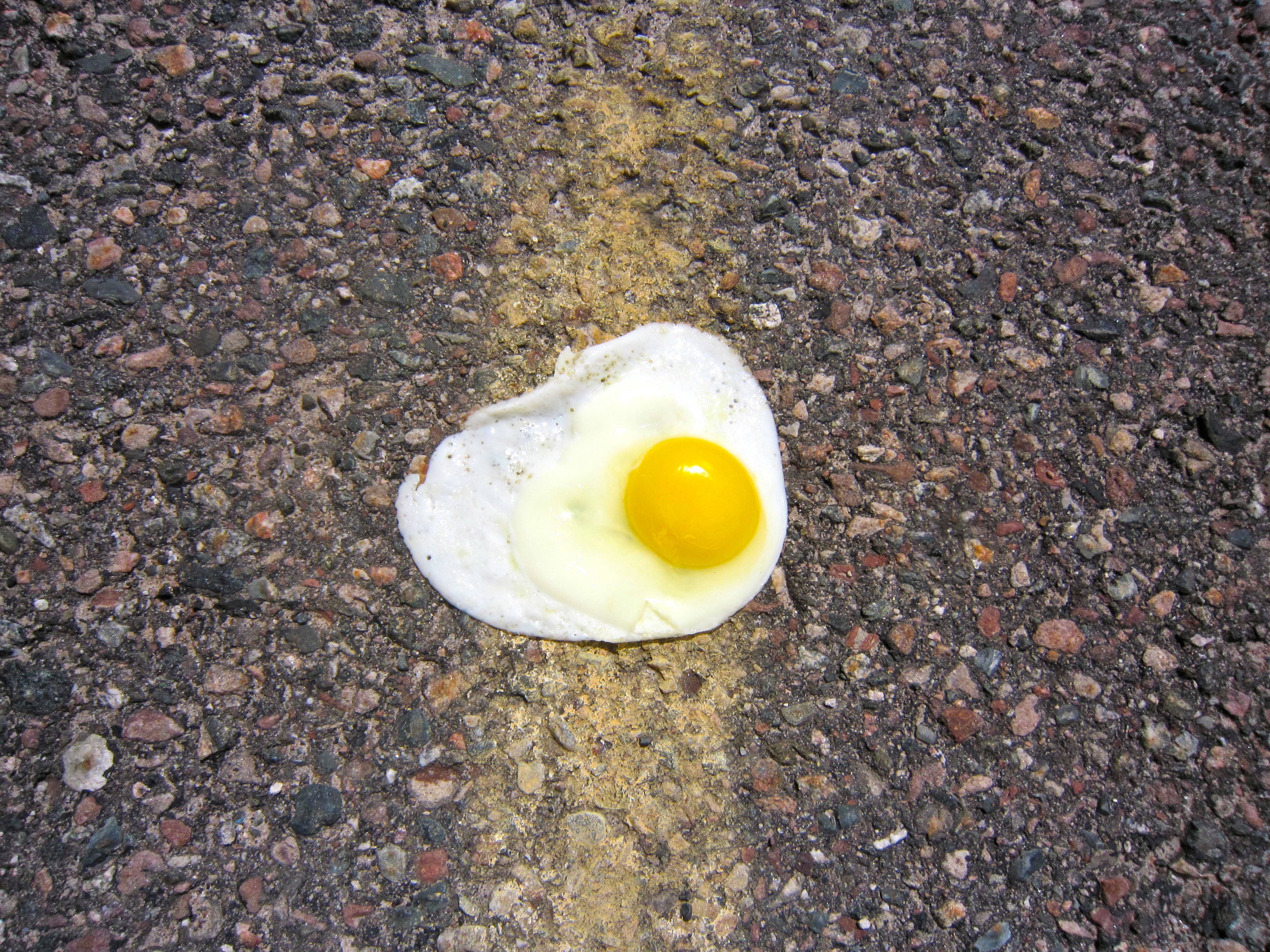 Asphalt — thick, black and pungent — has held our roads together for over 150 years. It forms naturally, is cheap and easy to repair — but come summer, it swelters.

“You might want to avoid a central valley Walmart parking lot on a hot day,” says John Harvey, who studies pavement engineering at the University of California, Davis, in the state’s sometimes steamy central valley region. “The sidewalk will be 105 degrees, but the asphalt will be 140 degrees.”

Asphalt is so adept at absorbing solar energy — it soaks up 95 percent of sunlight — that the results can be more than just uncomfortable. During a deadly May heatwave an asphalt crosswalk melted in India, forcing people to abandon their shoes, which were stuck in the cooked tar. But there may be a solution to heat-absorbing asphalt — developing lighter pavements that will reflect more sunlight than the traditional, dark ground.

Globally, asphalt pavement is a contributor to the urban heat island effect, which can keep cities as much as five degrees Fahrenheit warmer during the day and a staggering 22 degrees warmer at night, compared to nearby suburban and rural areas. The added heat has many impacts, including increased energy consumption and air pollution as the masses turn on their air conditioners.

Driven by concern about human health and our warming climate, the search for alternatives to asphalt is picking up steam. Finding pavements that are as cheap and durable as asphalt, however, has proved difficult.

A 2011 experiment at the Lawrence Berkeley National Laboratory illustrates the problem. The lab painted traditional blacktop with colorful coatings, enhanced to reflect solar energy. The coatings were made of a range of materials, including acrylics and lighter-hued paints. The result looked like a giant board game, with red, yellow, blue and green squares painted over large swathes of the ground.

But the cool times were short-lived. The culprit? Traffic.

Construction vehicles inadvertently destroyed the colorful showcase, and this revealed an important problem. “When considering cool pavement technology, a significant challenge is traffic, because it wears away the top color,” says Ronnen Levinson, a researcher for the Berkeley laboratory’s Heat Island Group. “These coatings need to be made more durable.” A similar circumstance can be found on crosswalks in cities — traffic constantly wears the paint away, and city workers must return to apply fresh coats of paint to the faded lines.

The prospect of improving cooler, colorful pavements might be attractive, but UC Davis’s Harvey cautions that these coatings contain metals, resins and epoxy, which might have significant environmental impacts. Those materials need to be mined, transported and manufactured, creating a greater global burden even if they cool the place where they are used. “We need to ask what’s the goal here,” says Harvey. “I might have made my island cooler and more comfortable, but I work against myself in the long run.”

Perhaps cooler roads do not need such an extreme change in color. “Right now, it’s not about changing a road from black to white,” says Kurt Shickman, executive director of the Global Cool Cities Alliance, an organization that promotes cooling cities with reflective surfaces. There’s so much asphalt in cities — a third of their surface — that lightening it even slightly can make a real difference, he says. “It’s about small degrees of change whose sum has a tremendous impact.”

Lighter alternatives, like concrete, can lower ambient temperatures in cities. The materials in concrete and the manufacturing involved, however, typically make it more expensive than asphalt — and paving an asphalt road is not cheap in the first place. In 2014, the Florida Department of Transportation estimated that repaving just one mile of a four-lane urban roadway costs the state $2,413,168. The same year, the Arkansas State Highway and Transportation Department estimated that paving a mile of one-lane road in asphalt costs $700,000, while the same stretch paved in concrete would cost $1,000,000.

A promising alternative that Shickman believes will “move the fastest” might also be the simplest. Rather than abandoning asphalt — which is an unlikely proposition in many places — Shickman thinks cities can integrate paler crushed rocks into the asphalt pavement. With black tar as a binding agent, this certainly won’t achieve the reflective nature of the Cool Pavement Showcase’s “latte” finish, but it could at least withstand more traffic.

Even if lighter pavements did become durable and affordable, it wouldn’t necessarily make a big difference in city temperatures, some experts say. “Reflective pavement doesn’t just reflect this energy out into space,” says Harvey. “It can heat up things around it, like buildings. Reflective pavements are just one factor in a complex system.” The amount of greenery and natural spaces in cities are also influential factors, says Harvey. They absorb less solar heat and shade pavements from the sun, which has a cooling effect.

City planners may end up sticking with traditional asphalt for some time, even if it is hot to the touch. It is difficult to argue with anything cheap and reliable — particularly when, as Harvey points out, “Some cities can’t afford to keep their streets paved as it is.”

It’s cool that heated asphalt could keep urban areas up to 5 degrees warmer during the day and 22 degrees warmer at night than they would be otherwise in the winter. My wife was telling me earlier about she keeps slipping on the ice on her way to work, and she wishes that ice wasn’t able to form on the sidewalk. I’ll share this information with her so that she can looking further into the benefits of heated asphalt in the future.