Millions of men suffer with urinary incontinence in silence

When masculinity takes priority over health 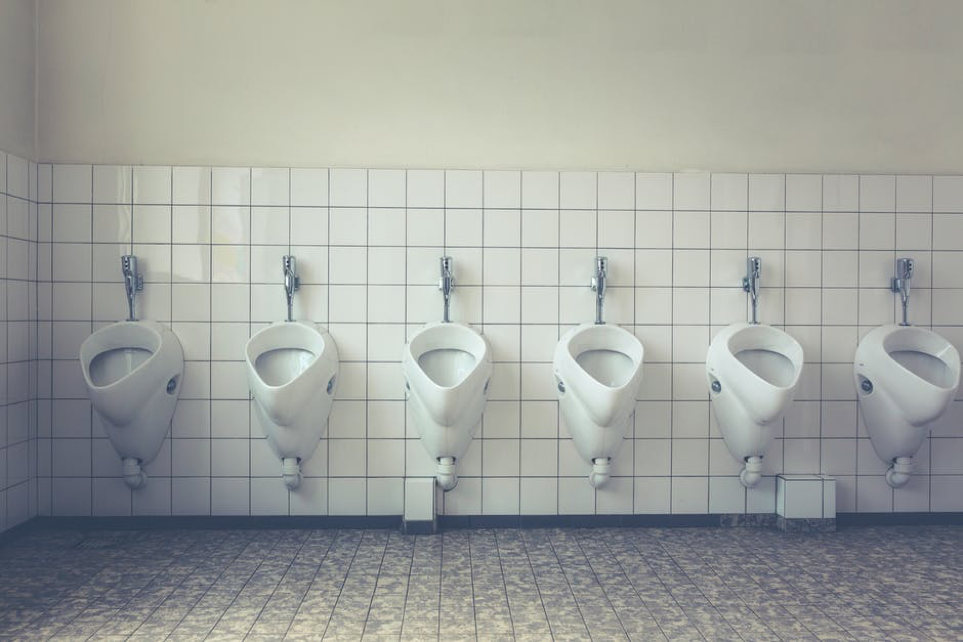 The number of people, especially men, suffering from incontinence is not fully known — mostly because patients do not speak up about their symptoms. [Credit: Markus Spiske/PEXELS |CC0]

James, a 45-year-old Marine veteran, pulled over on a stretch of Tennessee highway. He had to pee again. And he wasn’t just being lazy, either. He really, really needed to go. He just couldn’t hold it in –– anywhere or anytime.

“I was peeing 10 to 12 times a night,” James remembers. “My bladder would sit there and spasm the whole time. It never rested.”

James had urinary incontinence. His bladder would spasm randomly, similar to a heart arrhythmia. At times, this gave him a sudden and urgent need to urinate. James strained his bladder during a training mishap in his twenties and had struggled with incontinence ever since, but it would take more than a decade before he sought treatment.

He would later learn he isn’t alone.

Anywhere from a quarter to a third of Americans suffer from urinary incontinence, according to the Urology Care Foundation, a non-profit dedicated to urinary health education.

There’s no exact number because many people who have incontinence often don’t seek treatment for the condition. Patients are often too embarrassed to discuss their symptoms, even with a doctor. As a result, people endure bladder leakage and sometimes painful spasms despite available medical treatment.

But embarrassment isn’t distributed equally. Men especially feel shame over incontinence. That ideology has led people like James to suffer before seeking treatment, and there’s no sign that this trend will stop anytime soon.

We typically associate urinary incontinence with women rather than men, and with good reason — about half of women will experience symptoms at some point in their lives. Bladder muscles often weaken with age, and hormonal changes following menopause can lead to incontinence. The massive adult diaper industry, a market expected to reach $2.7 billion in sales by 2020, also primarily targets women consumers.

“If you look at any of the over-active bladder medications, they’re all with women in their 60s, running around looking for bathrooms and talking about incontinence episodes,” says Alana Murphy, a urologist at Thomas Jefferson University in Philadelphia.

But not everyone with urinary incontinence is a woman in her 60s speed-walking nervously down a hallway. Young women develop incontinence as athletes or after pregnancy, and men experience incontinence at about half the rate that women do, says Victor Nitti, a urologist at NYU Langone in New York.

Researchers know that only 25 percent of women seek treatment for their incontinence. But the number of men suffering without treatment is largely unknown, partly because most studies surrounding urinary incontinence focus on females.

One National Association for Continence study, however, determined that only 18 percent of men with symptoms discussed them with a doctor. That’s millions of Americans with undiagnosed, untreated symptoms.

There are several reasons why patients don’t discuss their incontinence, Nitti says. They believe that it’s just a normal part of aging or assume that their symptoms are impossible to remedy. But most of the time, people are just embarrassed. Around 66 percent of women feel shame over their incontinence. For men, who are extremely reluctant to seek help for medical issues, the number climbs to a staggering 98 percent.

“They’re the ones that are significantly harder to capture because the stigma is even greater for [them],” Murphy explains.

Stigma is also why James waited over a decade before addressing his incontinence.  “I was a Marine,” James says. “I’m supposed to be a man. I didn’t want to deal with it.”

Men are less likely to go to their doctors for both a regular checkup and when they develop more serious issues, says Glenn Good, a psychologist at the University of Florida who studies how gender roles affect the well-being of people. A slew of studies show that men think that it’s embarrassing or socially unacceptable to discuss health issues because it’s not masculine. Up to 25 percent of men wait as long as possible before seeking medical care.

If a patient does decide to disclose urinary incontinence symptoms to a doctor, Kegel and pelvic floor exercises are the first line of defense. Doctors also recommend avoiding caffeine, alcoholic beverages or other bladder irritants. Beyond that, medications can help soothe urge incontinence by relaxing the bladder muscles.

But if lifestyle changes and medications fail, people with both types of incontinence often benefit from minimally invasive surgery, such as a mesh sling or artificial sphincter. There’s also a nerve stimulation therapy known as InterStim — a small, metal surgical implant that helped James. The device delivers a mild electrical pulse to the bladder.

“It’s like a pacemaker,” James says. “When my bladder spasms, it gives it a shock to stop it. It’s been outstanding.”

Sixty days after the surgery, James reported a major improvement in his symptoms, says Melissa Kaufman, a urologist at Vanderbilt University in Tennessee who treated him.

“She’s improved my life 100 percent,” James says. “I have energy. I can mow the lawn. It doesn’t bother me to hit a bump or anything when before I couldn’t.”

When patients actually seek help, 70 to 90 percent of them experience relief after treatment, says Nitti. The most difficult part about urinary incontinence, thus, is overcoming the embarrassment barrier. And although there have been a few ad campaigns to erase the surrounding stigma and an entire social movement dedicated to changing the face of traditional masculinity, the battle is largely left to the individual for now.

“It takes a long time for a man who thinks they’re macho and indestructible,” James says. “You let it control your life, and it will.”