But it won't cause your kids harm, either 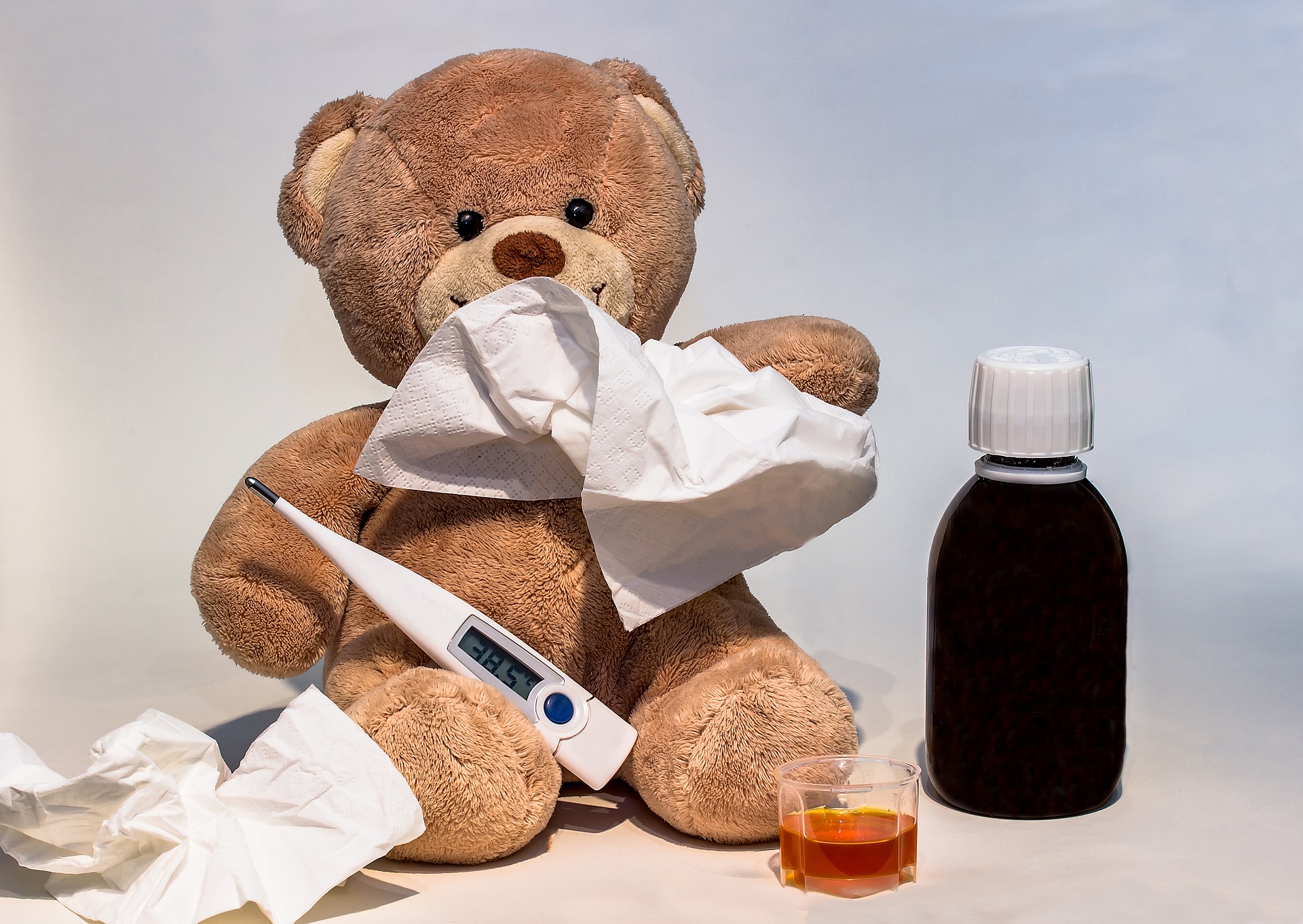 Viral Upper Respiratory Infections are the most prevalent infectious childhood illness. Even Mr. Bear has one, but how much is his vitamin D supplement helping? [Image credit: Myriams-Fotos/Pixabay | CC0 1.0]

Those high-dose vitamin D supplements you’ve been buying for your kids are no better than the standard-dose supplements for preventing a wintertime bug, a new study reports.

Viral upper respiratory infections — including the common cold, strep throat, and even ear infections —notoriously plague children during the winter months, and grabbing vitamin D supplements from grocery store shelves seems like an easy fix. The American Academy of Pediatrics even recommends that kids receive a daily dose of 400 international units (IU/d) to strengthen the immune system, which is approximately 10 micrograms of vitamin D a day.

But supplements range from standard liquid drops to strong 1,000 IU/d gummies and everything in between, so determining the best option for kids can be tricky. Now research involving several hundred children reveals that a stronger dose of vitamin D is not better for otherwise healthy children. The study was published in JAMA Internal Medicine.

“We figured this was an opportunity to look at a common childhood illness, an agent that was a vitamin or a natural compound that was known to help the immune system function, and could we put the two together to see if we could reduce the incidences [of respiratory infections],” said microbiologist Tony Mazzulli of Mount Sinai Hospital in Toronto, head of lab testing on the trial.

The Canadian research team enrolled over 700 healthy children in the clinical trial to compare the effects of high-dose compared and standard-dose vitamin D supplements on wintertime illness. The children, who were between 1 and 5 years old, were randomly chosen to receive either 2,000 IU/d or 400 IU/d of vitamin D, administered by their parents during the winter months. The parents then completed a symptoms checklist and collected nasal swabs for lab testing.

“We had definitive outcomes,” explained Mazzulli. “That is, laboratory confirmed — not just a child with a runny nose in the middle of January that might have a cold or not.”

The researchers confirmed 728 viral upper respiratory tract infections by the end of the trial. For both doses, parents reported an average of two infections, and laboratory tests confirmed an average of one infection per child. The amount of vitamin D in their systems made no difference in curbing those pesky wintertime bugs.

“If you are healthy and have sufficient vitamin D, you cannot become healthier with more supplement,” said Peter Bergman, a clinical microbiologist at the Karolinska Institute in Sweden, who was not involved in the study. “That is the clear message here.”

Even though high doses of vitamin D don’t provide extra benefits for healthy children, it’s still important to supplement children with the requisite 400 IU/d to fight against rickets, scurvy, and that notorious respiratory infection, according to Bergman and the study authors.

No negative effects from the high-dose supplements were found in the trial, so it’s still safe for kids to take them. But when you’re figuring out which brightly-colored vitamin bottle you’re going to put in your shopping cart, keep in mind that you’re going to buy the same number of tissues no matter what the bottle says.