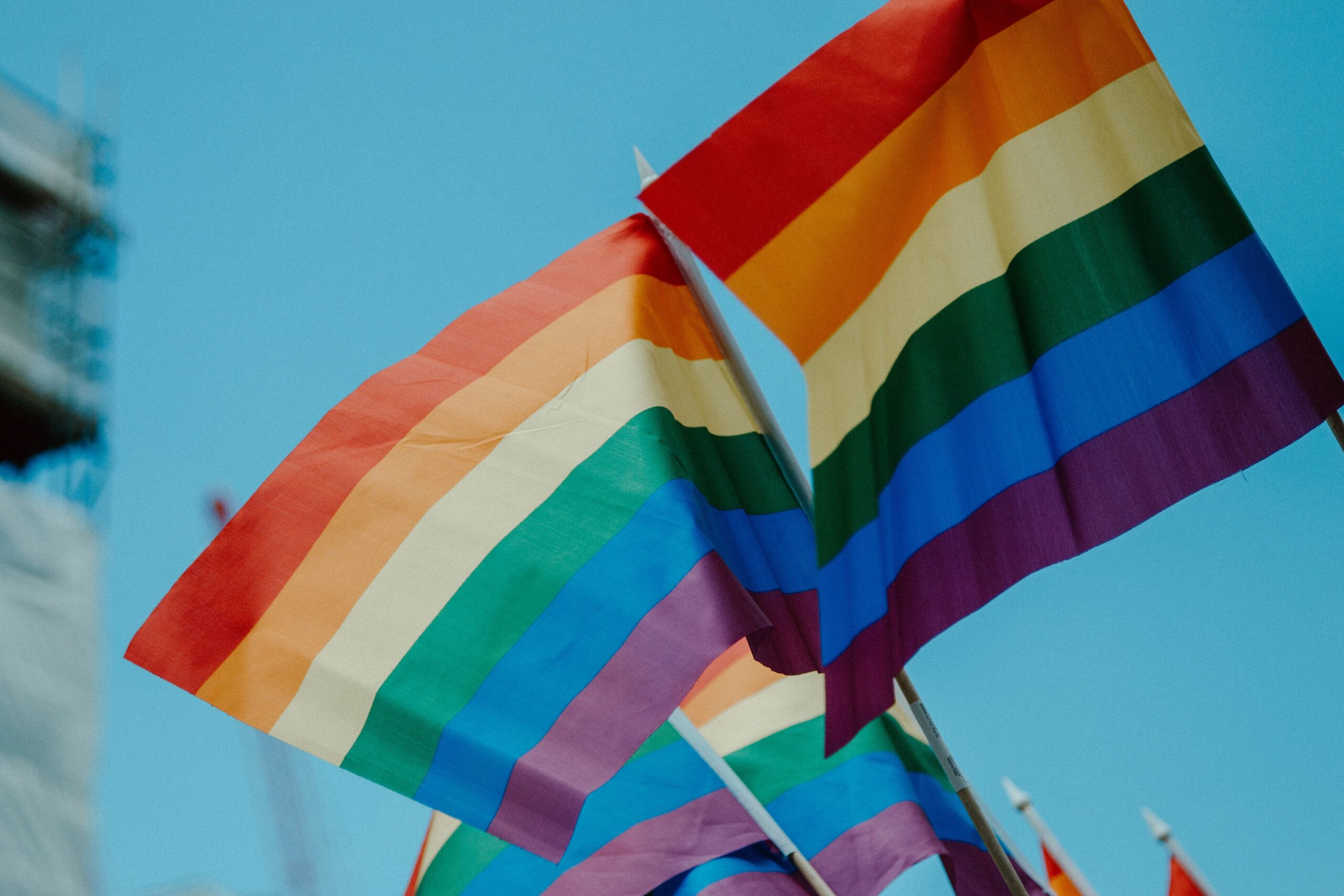 LGBTQ pride events largely occurred over Zoom, Google Meet, and other electronic platforms this year due to the COVID-19 pandemic. [Credit: Daniel James | CC BY 4.0]

Many Pride organizers adapted by hosting online Pride events, which allowed queer folks from across the globe to meet while increasing the chance of homophobic cyberattacks. And these attacks did occur.

This episode of Distanced centers around the unique Pride celebrations of 2020, most held over Zoom, streamed on Facebook Live, or uploaded to YouTube. It centers stories of attendees and organizers. You’ll hear about a night hijacked by internet trolls and how the LGBTQ community can move forward.

Scienceline · LGBTQ pride in the pandemic

MK Manoylov: First schools closed down, then sports, air travel, and bars due to COVId-19. In June of 2020, the queer community felt the absence of their Pride events as over 280 Pride events were canceled this year.

Despite pandemic-induced social distancing orders, LGBTQ+ organizations created online-only events to honor their community during Pride month — opening itself up to new technological and safety concerns for both attendees and organizers.

This is Distanced, Scienceline’s Special Project about how different communities are responding to the coronavirus pandemic. This episode covers the canceled Pride Parades of 2020. Most of the celebrations occurred over Zoom, Google Meet, or other electronic video platforms — improving accessibility but also opening up these Pride events for potential cyberattacks.

Most LGBT Pride events, both from large and small, saw success. Some queer people found that these events were—

John Perkins: Really quite good — back to basics for the LGBT community

MK Manoylov: That’s John Perkins. John Perkins isn’t his actual name, but he asked to go by that because he works for the U.S. Department of Defense. He’s a bisexual man who attended two Pride events online — one for bi parents of children, and the other bisexual folks across the world.

John had only attended two in-person Pride events before, but he liked the switch online. It felt more intimate than the large crowds of physical Pride events. Besides, he got to meet queer folks from all over the world.

John Perkins: It was a very stress-free environment. You were able to share and be yourself, you know? There was no mask, if you will.

MK Manoylov: In the age of online harassment against the LGBT community, John tells me he didn’t feel unsafe attending online Pride events. Attendees gave their names and email addresses to register for the event. And the event host could kick out anyone who became disruptive.

And the trolls did, indeed, plan homophobic attacks. Anonymous users took to 4Chan to discuss a hateful plan. 4Chan, for those who don’t know, is an online discussion board. Many 4Chan users circulate harmless internet memes. Other spread racist, homophobic, and neo-Nazi rhetoric from the far-right. Such users created what was called “Operation Pridefall” on the cusp of June.

While Operation Pridefall seems like simple murmurings of internet trolls, it actually affected some Pride events. Most notably was an event in London on June 1, 2020. There were four queer DJs who call themselves Horse Meat Disco. They planned to stream a disco night over Facebook live.

Jim Stanton, co-founder of Horse Meat Disco, described the events of that night in a Facebook post. He said, “It appears we were the target of a far right group who hacked as soon we went on live.”

Here’s what happened: Horse Meat Disco planned to livestream their event on Facebook to raise money for Eagle London, an LGBT night bar, as the bar struggled financially due to the pandemic.

Mark Oakley, the owner of Eagle London, said all the tech ran perfectly during dry runs. But when fans started tuning in, nothing popped up but an empty black screen. Soon after, bots linking to fake donation pages flooded the event page. The technical issues appeared to come from those aligned with Operation Pridefall. The organizers made the quick decision to shut the event down to prevent money going to fake organizations.

Local Pride organizers saw similar success too. I spoke with Maria Colon, the media director for NYC Pride. It was the organization brought forth from the 1969 Stonewall Riots and continues to plan NYC Pride events to this day.

Colon told me that the threat of online attacks was a concern for NYC Pride event organizers, but that they had, quote, support and individuals who are apt in those fields, unquote, help them plan the event. And they didn’t have any instances of online harassment to speak of. So to Colon and other folks behind NYC Pride, their event was a success.

So what does the future hold for Pride events beyond 2020?

Maria Colon: I think that we as a society, we have changed. I’m speaking nationally as well as the world. Do I think more virtual Prides will come, directly speaking to NYC Pride? Yes. And I think we will lean more toward a hybrid fashion and doing more virtual events, and certainly not eliminating the physical marches going forward, as they are important to our community.

MK Manoylov: Given the option between either virtual events or physical Prides, John Perkins told me he’d like both. Digital events provide the intimacy of meeting other people in his community while larger events provide that magic of seeing the whole community come together — glitter and rainbow flags in hand — to celebrate overcoming yet another adversity.

John Perkins: I think this is going to be the silver linings in how celebrations occur.