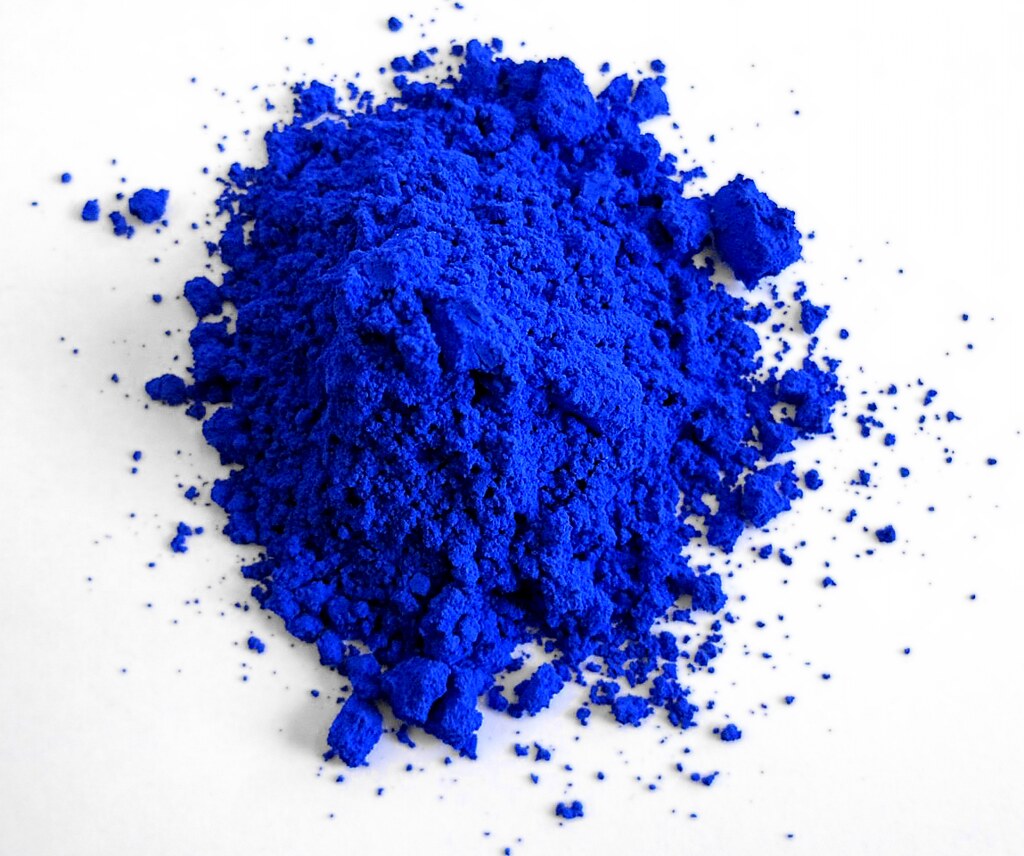 What’s your favorite shade of blue? Teal? Robin’s egg? Your new front-runner might be YInMn Blue, the first new blue pigment developed since cobalt blue more than 200 years ago (though cobalt blue had been employed in Chinese potteries for centuries before). This vivid hue was first made in 2009, but only recently became commercially available.

Named for three of its constituent elements — yttrium, indium and manganese — YInMn (pronounced yin-min) Blue was created accidentally in an Oregon State University lab, where chemists led by Mas Subramanian were testing electronics applications. Graduate student Andrew Smith heated manganese oxide to 1,200 degrees Celsius trying to produce a high-efficiency electronic material. In the process, however, Smith cooked up a whole new color. And Subramanian, thanks to his expertise in industry research that includes paint development, knew this was no ordinary pigment.

Pigments are vividly colored powders. Like any other substance, pigments are composed of elements. For example, indigo’s chemical composition is C16H10N2O2, with its elements in that specific ratio. YInMn Blue’s formula is YIn1-xMnxO3, but the ratio of indium to manganese can be adjusted. As that ratio changes, the pigment’s color intensity changes too. For example, YIn0.95Mn0.05O3, makes the pigment a pale, powdery blue; however, YInMnO3 is nearly black. Those decimals, by the way, don’t refer to a fraction of a single atom. Rather, they represent the constant ratio of indium to manganese within the compound. Subramanian’s group found that YIn0.8Mn0.2O3 yields the resplendent blue.

This blue’s structure is also noteworthy. The composition takes on a stable crystal structure, with a positively charged Mn3+ ion — a manganese atom that has lost three of its negatively charged electrons — at the center. That Mn3+ serves as the chromophore, the part of a substance responsible for color. This manganese ion is housed within a hexagonal structure made of YInO3 and every iteration of the structure contains a chromophore. Think of it like every Mn3+ chromophore inhabits its own apartment of YInO3, and the compound holds innumerable apartment complexes.

This color also might be as useful as it is eye-catching. That this material was forged in a blazing furnace speaks to its fortitude; it can coat building materials to make them stronger. In 2017, the Environmental Protection Agency approved it for such industrial use.

A possible application for YInMn Blue — which is non-toxic, stable, durable and heat reflective — is as a superior roof coating to protect roofs from weathering. It can also improve energy efficiency; since the pigment reflects heat, those who dwell under this roof wouldn’t need to consume as much energy for cooling.

Other blues, including cobalt blue, have been used as cooling roof coatings too. But some alternatives have drawbacks such as instability and toxicity. Pigments such as ultramarine fade quickly with time and cobalt blue can be toxic. But YInMn has covetable stability and safety.

So whether you use this blue to coat building materials or to add a pop of color to a room or painting, YInMn Blue is more than meets the eye — but it does make a stunning impression.