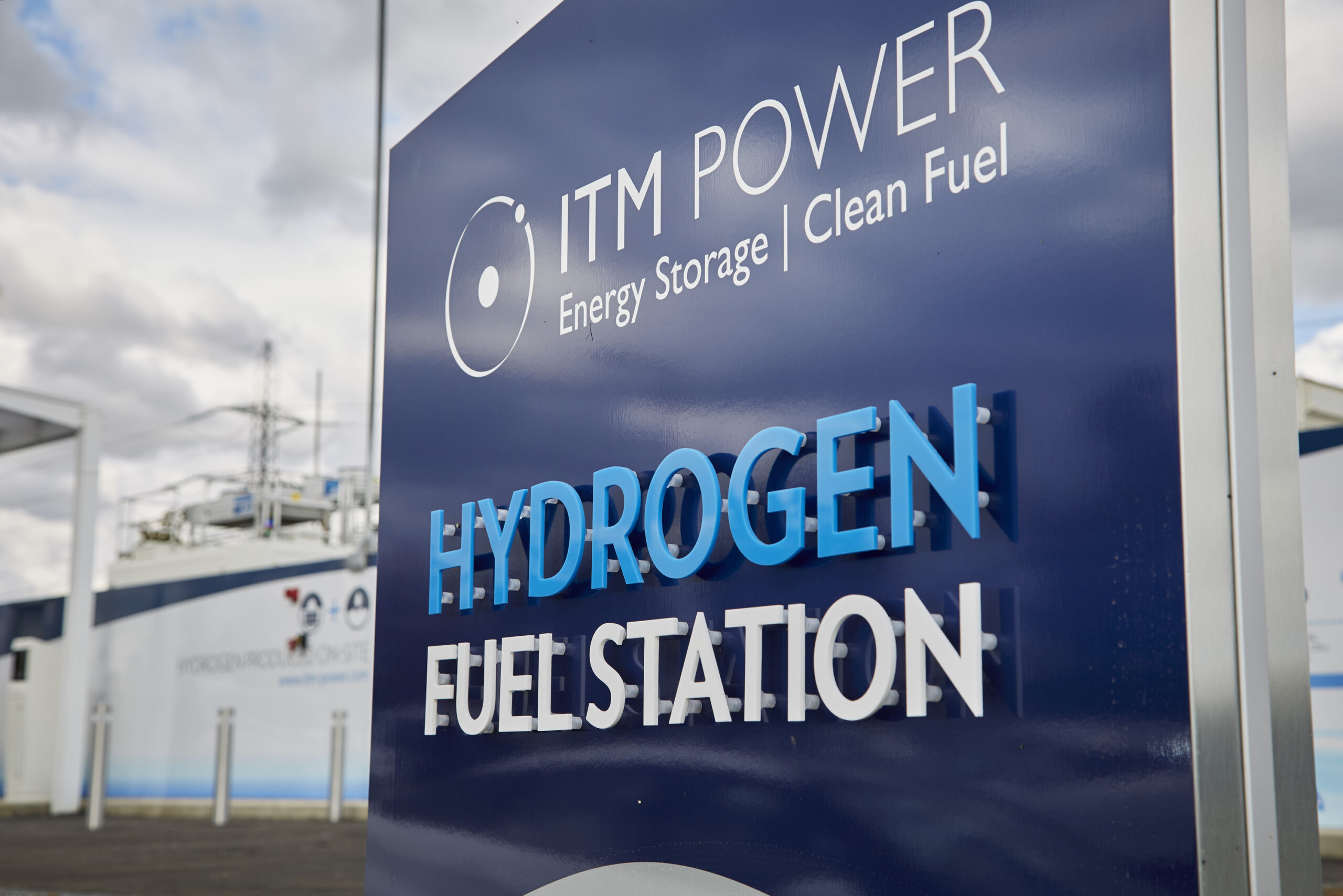 Cranking down the heat

In late February, Russia announced that it would send troops into two regions of eastern Ukraine — a precursor to its full-scale invasion days later. Hours after Russia’s announcement, German Chancellor Olaf Scholz responded by declaring that his country was halting Nord Stream 2, a new pipeline that would have transported billions of cubic meters of natural gas from Russia into European markets each year.

Halting such a major gas pipeline was not an easy decision for Germany to make. Natural gas is Europe’s second biggest source of energy, topped only by oil and petroleum products. Furthermore, only 10% of the natural gas consumed in the EU is produced in the EU; the rest is imported. Russia is by far the biggest source of those gas imports at 41% of the volume.

But European sanctions on Russia have forced the continent to look for alternatives to Russian natural gas.  Likewise, many European nations are hoping to decrease their reliance on natural gas altogether, due to the gas’ carbon footprint. While natural gas has a lower rate of greenhouse gas emissions than other fossil fuels like coal and oil, it’s not nearly as clean as renewable energy sources.

As Europe transitions away from natural gas, hydrogen is one energy source that could help. “I think hydrogen is definitely viewed as being the future replacement for natural gas,” says Kobad Bhavnagri, the head of strategy for the energy research institute BloombergNEF.

If you’re in the United States, you’re probably not that familiar with hydrogen power. In America, discussions about renewable energy tend to center around wind and solar. Hydrogen has received much less attention from U.S. policy makers. Bhavnagri attributes this, in part, to America’s large gas reserves; the U.S. hasn’t yet felt the urgency to leave natural gas behind. The same is not true in Europe, where hydrogen has seen widespread interest from national governments and the EU at large.

Today, hydrogen makes up less than 2% of Europe’s overall energy consumption. The EU hopes to rapidly expand that figure in order to help achieve its emissions targets. At the same time, hydrogen could serve as a critical ingredient in Europe’s path away from foreign gas reliance. “The shift to clean energy is of geopolitical importance for Europe because it helps them reduce their dependence on imports — particularly Russian imports,” Bhavnagri says.

Hydrogen can be produced in a variety of ways. The three main methods have color-coded labels, and they vary greatly in their carbon footprints.

The first is gray hydrogen: hydrogen produced from coal or, more commonly, the methane in natural gas. A particular reaction between methane (CH4) and hot steam (H2O) produces pure hydrogen (H2) — but also makes carbon dioxide (CO2) as a byproduct. Around 98% of hydrogen is gray right now, which makes hydrogen a major source of global CO2 emissions. Most proposals seek to phase out gray hydrogen as soon as possible.

Next is blue hydrogen. Blue hydrogen is produced from the same process as gray hydrogen, but adds one extra step: the capture and storage of excess carbon dioxide. That makes blue cleaner than gray, but it certainly isn’t perfect. Carbon capture technology requires additional energy to run, and it’s nearly impossible to capture 100% of the CO2.

Blue hydrogen has gained a good deal of interest from the United Kingdom, Norway, and the Netherlands, says Martin Lambert, a senior research fellow at the Oxford Institute for Energy Studies. “But, in some countries like Germany, the idea of carbon capture and storage is still pretty unpopular,” Lambert notes. Plus, blue hydrogen won’t help decrease Europe’s reliance on foreign gas, since natural gas is the source of most blue hydrogen.

That brings us to green hydrogen — the poster child of the hydrogen movement. Bhavnagri explains that green hydrogen is produced by electrolyzers — big machines that essentially separate tanks of water into pure oxygen and pure hydrogen by running an electric current through them. For truly green hydrogen, the electrolyzers themselves are powered by renewable energy sources like solar panels or wind turbines, such that the entire process has net-zero carbon emissions.

But can expanding the production of green hydrogen directly help Europe shake off its addiction to natural gas? There are certainly reasons to believe that it could.

First, since both hydrogen and natural gas are gaseous forms of energy, a number of proposals have considered repurposing existing natural gas transport pipelines to accommodate hydrogen. Since hydrogen and natural gas aren’t chemically identical, that might take some engineering, Bhavnagri says, but it could work. “At minimum, you’ll likely need to replace some bits of infrastructure like pumps and meters and valves,” he says.

Relatedly, Lambert notes that hydrogen gas has been found to make metal pipelines more brittle and prone to cracking, but plastic pipelines tend to work fine.

Rather than replacing natural gas with hydrogen, some experts have advocated blending hydrogen and natural gas together. Lambert says that blending trials have been particularly successful in the United Kingdom. Now, Britain’s gas grid is reportedly ready to accommodate a 20% mixture of hydrogen as early as 2023.

But “there’s not much of a point” to a gas mixture that’s 20% hydrogen, says Will McDowall, an associate professor at University College London’s Institute for Sustainable Resources. McDowall points out that mixing green hydrogen into the natural gas grid at a rate of 20% wouldn’t reduce carbon emissions by 20%, but only by about 7%. That’s because hydrogen is less dense than natural gas, so more of the mixture will need to be consumed to meet the same energy demand.

Furthermore, Bhavnagri says that electricity is generally a better choice than hydrogen. “In almost all circumstances, electricity, if you can use it, is the best solution,” he says. “It’s the cheapest and the most efficient.”

Bhavnagri points to the example of home heating. Rather than switching natural-gas-heated homes over to hydrogen, Bhavnagri suggests that transitioning to electric heating is the cheapest, cleanest option — as long as that electricity is coming from green sources like solar or wind.

On the consumer end, though, hydrogen does have one benefit over electricity: citizens wouldn’t need to switch out their gas-powered appliances for electric ones, says McDowall. Plus, Bhavnagri notes that hydrogen is much easier to store than electricity; batteries are expensive, while hydrogen canisters are not.

But, ultimately, hydrogen’s true power shines when it comes to industries that can’t easily be electrified. The prime example, most agree, is steelmaking. Right now, steel production is largely powered by coal, and causes a whopping 9% of global CO2 emissions.

The high-heat systems of the steelmaking process can’t easily be electrified, but they can be switched over to hydrogen. As a result, many steel companies have started eyeing a transition to hydrogen, Bhavnagri says. In fact, so-called “green steel” produced by hydrogen is already being sold in Sweden. If hydrogen’s biggest impact is on the steel industry, then it may turn out that hydrogen is a more suitable replacement for coal than natural gas.

Today, European production of hydrogen lags well behind the EU’s targets. There are a few reasons for that, Lambert says, but the most important is that green hydrogen (with its big-budget electrolyzers) remains fairly expensive.

Yet green hydrogen’s cost has been steadily declining, Bhavnagri notes. As renewable energy sources like solar and wind have gotten cheaper, so has renewably-produced hydrogen. Meanwhile, Russia’s war on Ukraine has sent the price of natural gas skyrocketing.

Due to developments like these, Bhavnagri feels optimistic about hydrogen’s prospects. “If you’d asked me two years ago, I didn’t have that optimism,” he says. “But, around the world, policymakers are getting behind hydrogen, introducing strategies, and putting serious money to work.”

Still, there’s one more potential setback: European hydrogen production is projected to be too small to satisfy the continent’s hydrogen demands, by around 50%. So, even if natural gas were phased out for hydrogen, Europe might still find itself reliant on foreign energy.

That said, Europe has a variety of options for where to import its hydrogen — options that “skew towards Africa rather than towards Russia,” Bhavnagri says. North Africa, he notes, could become a major source of cheap hydrogen due to the region’s sunny climate driving down the cost of solar-powered electrolysis. Yet critics argue that Europe’s plan to import North African hydrogen is likely to be energy-inefficient, and that African energy should be directed towards local needs. For now, satisfying hydrogen demand remains an open question for Europe.

But, in the end, Russia’s invasion of Ukraine has shown that Europe would be far more stable if it decreased its reliance on natural gas. The planet would be better off, too. Hydrogen is just one of the many green alternatives that could help.