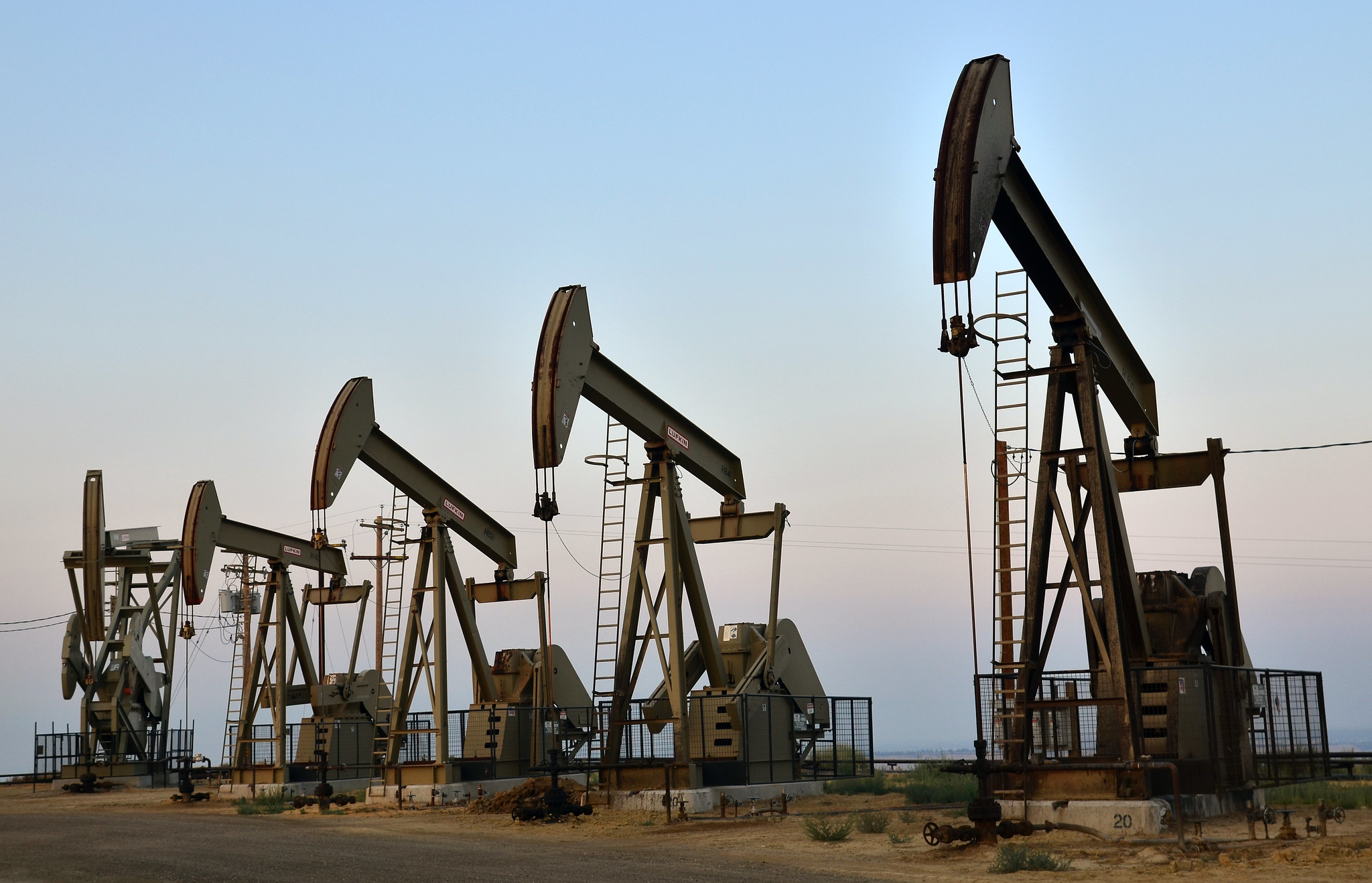 New drilling techniques have made natural gas more profitable than ever for producers. But production comes with health and environmental risks. [Credit: BLM California/Flickr | CC0 1.0]

Deep underground, the Earth holds vast power and possibility. Molecules of hydrogen and carbon arrange themselves in various combinations to form the fuel that heats our homes, cooks our food and lights our offices.

But you might have known that already; energy from natural gas dominates conversation about drilling into the rock formations beneath our feet. Much less discussed are natural gas liquids, hydrocarbons heavier than the methane that powers our lives. Yet you use NGLs every day when you load the dishwasher, take an aspirin or pull on a polyester sweater.

That’s because NGLs, rather than being used as fuel, are building blocks for plastics, detergents, fertilizers and a number of other products.

And they’re on the rise. The amount of NGLs produced each day in the United States nearly doubled between 2010 and 2017. Because NGLs rely on a market of their own, recent efforts to push the U.S. toward renewable energy likely won’t slow down drilling for them — in fact, the liquids are far more profitable than natural gas drilling alone.

That worries clean-energy advocates, who say drilling contributes to health problems and climate change, because it suggests NGLs could drive gas processing for decades to come.

Understanding NGLs requires looking back to before their surge, says Dan Kish, a senior fellow at the Institute for Energy Research, an energy market analysis group. A dozen years ago, companies in the U.S. were “literally dismantling petrochemical plants” because natural gas was so expensive, and in such short supply, that producing chemicals from NGLs didn’t seem profitable, Kish says. “That was the future we were looking at.”

Then came the rise of fracking and horizontal drilling. Though the techniques weren’t new, gas producers began combining them in the mid-2000s to extract more NGLs, which are harder to reach than methane. The latter has smaller molecules and migrates through tiny cracks in rock formations, while NGLs tend to pool and remain locked underground. With fracking, producers split open rock to access NGLs, while they use horizontal drilling to tap into NGL-rich layers of rock.

Those techniques, as well as targeting areas with more NGLs — like shale rock in the Appalachian Basin, Marcellus Shale in the Eastern U.S. and the Permian Basin in the Southwest — have fed a now-flourishing natural gas business, Kish explains. “Today, if it weren’t for the natural gas liquids being produced in Pennsylvania that are coming out of the Marcellus, they wouldn’t be operating the wells,” he says. “It’s like finding gold.”

The trouble is, that “gold” can cause significant environmental and health hazards, says Seth Shonkoff, executive director of Physicians, Scientists, and Engineers for Healthy Energy, an energy science and policy institute. In a recent study published in the journal Environmental Science & Technology, for example, Colorado researchers found an increased risk of brain, blood and developmental problems in people breathing air pollutants from oil and gas facilities. They also found a cancer risk of 8 per 10,000 people, which is eight times what the U.S. Environmental Protection Agency typically considers acceptable.

Natural gas drilling, on the whole, “almost always has an air pollution footprint,” Shonkoff says. “If there are people nearby or downwind, there’s the potential for exposure.” Moving toward renewable energy could help reduce that risk, Shonkoff says, but NGLs are a force of their own. “These are intricately intertwined industries with the oil and gas industries, but they are in and of themselves somewhat separate from the energy side of the equation,” he says. That means even if the U.S. reduces its fossil fuel dependency, natural gas producers are likely to stay in business by selling NGLs to manufacturers of plastics and other products. Any health risks to producers’ neighbors, then, would continue.

In addition to being toxic when inhaled, NGLs are volatile organic compounds that contribute to smog — a health risk that scientists say will increase with climate change. In the Northern Hemisphere, atmospheric concentrations of NGLs began to increase in 2009 — as production began to pick up — despite levels decreasing during the 30 years prior, according to the Congressional Research Service. Yet the Environmental Protection Agency under Pres. Donald Trump has proposed loosening regulations meant to rein in emissions of these smog-causing compounds. And, meanwhile, natural gas production — and distribution — leaks methane, a powerful short-lived climate pollutant that contributes to global warming.

Compounding the risks of NGLs’ rise is that the industry seems to have no shortage of places to sell. The U.S. produces about one-third of the world’s supply of NGLs, says Warren Wilczewski, an industry economist at the U.S. Energy Information Administration. “We are the Saudi Arabia, and Russia — and, in fact, all of OPEC combined — in terms of the heft that we represent relative to the rest of the world.”

Direct pipelines make shipping to Canada easy, Wilczewski says, making that country the U.S.’s biggest customer, receiving 18% of U.S. NGL exports. Next in line are Japan and China, which receive 16% and 11% of exports, respectively. In those countries, NGLs are used largely to feed the petrochemical industry, which produces plastics, paints, rubber, fertilizers, detergents, dyes and textiles.

With new techniques and a global market, NGLs are more valuable than ever to producers. The EIA predicts NGL production will increase by 32% by the year 2050, far outpacing the overall increase in natural gas. Shonkoff, though, thinks those numbers may be overblown. “EIA tends to have a pretty rosy picture of the resource potential here,” he says. “There’s a lot of indication that [NGLs] are going to start to decline rather than increase.” That’s mostly due to “sweet spots,” where gas is NGL-rich, which don’t necessarily characterize entire formations, Shonkoff says. The EIA has modified projections in the past — Shonkoff points to when the agency reduced its previous estimate of California’s Monterey Shale’s productivity by 96% in 2014.

Wilczewski says increased gas production has helped the EIA understand rock and resource imbalance, and that the agency can more accurately predict shale potential now. But he acknowledges that the EIA could still modify its current projections. “Predictions can always change,” he says, and changes in gas prices or energy policy could play a role. The global NGL market is subject to international politics, so “uncertainty is something we need to accept.”

And even if the market for NGLs continues unabated, shifting to renewable sources of power will at least reduce overall gas emissions that threaten neighbors’ health and spur climate change.

“From a climate perspective, it is good to move away from the use of natural gas or methane for power and towards lower-emitting sets of technologies,” Shonkoff says. “But even if you transition to cleaner forms of energy in the energy sector, there could still be a market for natural gas liquids.”

Nina Pullano is a science journalist who lives and works in Brooklyn. Her work has also been published in InsideClimate News, Medscape and Spectrum.