People with memory complaints may be losing gray matter in their brains. 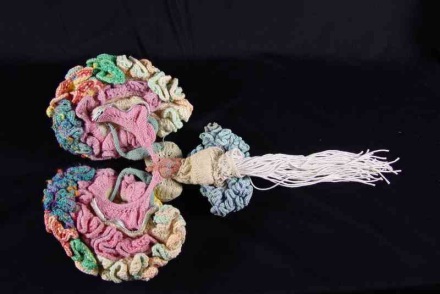 Aging patients who complain about “losing their minds” due to memory problems may be right: a new study published in the journal Neurology in September found that people who complained of memory problems but passed skills tests had less gray matter density in their brains than people whose memories were unaffected.

Study subjects who experienced forgetfulness were found to have suffered a three percent loss in gray matter, which processes sensory information in the brain. In comparison, patients diagnosed with mild cognitive impairment (MCI)—a transition stage between the mental conditions of normal aging and those of Alzheimer’s disease—suffered a slightly higher loss at four percent.

“Significant memory loss complaints may indicate a very early ‘pre-MCI’ stage of dementia,” said Andrew Saykin, professor of psychology and radiology at Dartmouth Medical School and lead author of the study, in a statement. This early detection will be critical as new medications are developed that will slow and ultimately prevent Alheimer’s disease, he said.

Researchers looked at magnetic resonance images (MRIs) of 120 people age 60 or over: 40 complained of memory problems, another 40 suffered mild cognitive impairment and a control group consisted of 40 healthy minds.

Brain images of those who complained of memory problems were more similar to the impaired group than they were to the healthy group.

These groups both revealed significant loss in gray matter in neocortical regions—the areas of the brain responsible for higher functions like conscious thought and language. More telling, the subjects with more cognitive struggles had even more gray matter loss in the hippocampus regions which are the first regions of the brain to suffer damage among Alzheimer’s patients.

Saykin says the study shows the importance of addressing complaints of memory loss in older adults. Physicians sometimes diagnose those who complain of memory loss as the “worried well,” Saykin said, but his study shows that early detection of gray matter loss may help prevent dementia.

“I think this study indicates one promising lead toward early detection,” Saykin said in an e-mail. Yet Saykin explained that his team was not able to assess whether the healthy patients who complain about memory loss will actually go on to develop MCI or Alzheimer’s disease.

“We aren’t sure,” he said. “We think some will convert to MCI or [Alzheimer’s disease] and others will remain stable or improve.” His team is conducting a follow-up study looking for evidence of a progression from memory-related complaints to medically detectable memory deficits, and also documenting changes in hippocampus gray matter over time.

This is the second study this month that documents possible early warning signs of Alzheimer’s disease. Researchers at Washington State University School of Medicine tracked the weight of healthy adults, and found that those who developed the disease weighed on average eight pounds less than they did when the study began. As symptoms of Alzheimer’s appeared in the adults, the researchers said, weight loss increased. This, too, could lead to earlier detection and possibly aid future preventative treatments.

Thanks for the article, it helped me alot with my psych. questions

I’m only 22 and I have gray hair. Could it be linked to stress or genetics?