Flexible electronic displays made on the cheap. 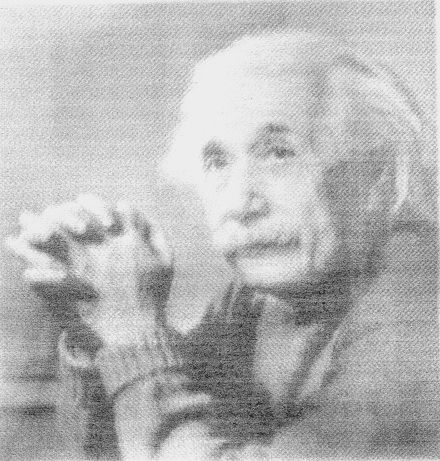 Today’s computers may have display screens capable of being turned 180 degrees, but scientists have developed a technique that could produce bendy screens that roll up like newspapers.

The team of scientists from the University of Oulu, in Finland, and Rensselaer Polytechnic Institute in Troy, New York, published their research in August in the nanotechnology journal Small.

Their paper explains how they were able to print electrically conductive nanoparticles onto flexible surfaces using a common inkjet printer. The experiment was among the first to show that nanoparticles can be applied to paper using a simple, inexpensive method that would be relatively easy to commercialize.

“It’s a trivial idea, but it seems to work,” said Robert Vajtai, a researcher at the Rensselaer Nanotechnology Center and co-author of the paper.

Nanotechnology is a branch of science that uses particles approximately one-billionth of a meter long. For comparison, a single strand of hair is 50,000 nanometers wide.

The nanoparticles used in this experiment were carbon nanotubes, or hollow tubes of carbon, the shape of which scientists compare to rolled chicken wire.

These tubes are of growing interest to the electronics industry because of their tiny size, thermal stability and high electrical conductivity.

Carbon nanotubes can be tricky to work with, however. In order for them to be fully conductive, a characteristic necessary for use in electronic products, they must be strictly aligned with each other. Each molecule must also have the right “twist,” according to Ted Sullivan, an analyst who works at Lux Research, a New York City-based nanotechnology and physical sciences consulting company.

Scientists refer to this “twist” as chirality. A chiral molecule is one that cannot be superimposed on its mirror image. Each form of a chiral molecule comes with its own electrical properties, which means that in the world of carbon nanotubes, not all forms are equally conductive.

In their experiment, the Rensselaer-Oulu team’s methods placed the carbon nanotubes onto both paper and plastic surfaces haphazardly rather than in an ideal strict chiral alignment. Despite this, with a few passes of the printer, they were able to make an electrically conductive picture of Albert Einstein.

That’s a significant milestone for a field in which most researchers are using expensive printers and a lot of chemicals to apply carbon nanotubes to a flexible surface, according to Vajtai.

Sullivan agrees. “With printable technology, the real breakthrough is lower cost,” he says, estimating that such technologies could become available within five to 10 years.

And Bingqing Wei, an assistant professor at Louisiana State University who has been working with carbon nanotubes for over ten years, calls the inkjet research concept “excellent” because it successfully applies nanotechnology on a large scale.

Wei imagines that the team’s technique, once perfected, will allow product developers to incorporate carbon nanotubes into any substance that can be printed onto paper, helping the electronics industry produce bendable computer screens and billboards that wrap around corners.

I am really into nanotechnology and what it offers, in so many fields, for the future; so, I found this article/info fascinating, as is everything about nanos. Thanks.

For someone who knows very little about nanotechnology I found this article very easy to follow. I hate when I want to learn more about something, but then when I try to do so get lost within the first paragraph. Thanks for the interesting info.

Found the article informative & well researched. Nanotechnology
will offer so much to our progress, hopefully research well be more
extensively funded.

Really informative and well explained. Thanks for all the info.

a well-written and informative piece.