The risks and benefits of prescribing off-label drugs. 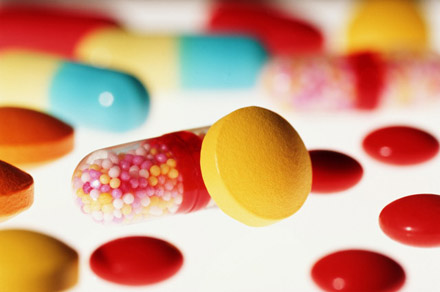 Imagine for a moment you become addicted to a potent narcotic your doctor’s prescribed you for the pain of migraine headaches – a drug that’s actually intended for cancer pain.

Or suppose a female friend is taking an oral contraceptive, but because this particular pill can cause fatal blood clots, its intended use is for severe acne – not birth control.

Consider for a minute that you feel sleepy and wish to be more alert – so your doctor prescribes you a drug for severe narcolepsy, not occasional sleepiness.

All of these are examples of off-label drug use, a growing and perfectly legal practice that is drawing concern from physicians and patients alike. The U.S. Food and Drug Administration approves medicine for a specific treatment after extensive testing. When a doctor prescribes an approved medicine for another purpose, it’s considered off- label.

Over 21 percent of drugs in the United States are prescribed for off-label purposes, according to a recent study of 160 commonly prescribed drugs published in May of 2006 in the Archives of Internal Medicine. That amounts to 150 million prescriptions a year, written for purposes not approved by the FDA, the study found.

While off-label drug use can be beneficial to patients, doctors warn that the experimental therapies in which off-label drugs are frequently used can be dangerous to patients.
Currently, there is no consensus on what, if anything, should be done to make off-label drug use safer. “Regulation is a tricky issue,” says Dr. Michael Steinman, staff physician at the San Francisco Veterans Affairs Medical Center. “I don’t think it’s feasible to demand that drugs be used for approved uses.”

Like many physicians, Steinman freely acknowledges that he prescribes drugs without knowing which uses have been approved by the FDA. “For most drugs I prescribe, I don’t know what their official indication is or what they’ve officially been approved for,” says Steinman. “I know the effectiveness of what I’m prescribing it for.”

Steinman says he doesn’t have any reluctance in looking beyond the FDA when deciding what drug to prescribe. “FDA approval is one piece of evidence that provides support of a drug,” explains Steinman. He says that doctors should also look at supplementary literature, such as peer-reviewed journals, for evidence of other effective uses of a drug.

Currently, doctors can prescribe FDA-approved drugs for any purpose they feel is appropriate, but it’s against the law for a drug manufacturer to actively promote an off-label use. “The FDA does not routinely monitor off-label use by physicians,” said Jane Henney, who headed the FDA from 1998 to 2001, in an e-mail. “What it does monitor is the off-label promotion by manufacturers. I’m not sure there is any effort to change off-label practice.”

In late December of last year, Eli Lilly came under investigation for encouraging physicians to use Zyprexa, a drug approved to treat schizophrenia and bipolar disorder, in patients having suffering from neither condition. Eli Lilly representatives went as far as to suggest that doctors use Zyprexa to treat older patients with dementia – a use that bears an FDA warning of an increased risk a death. In response to this and similar ongoing investigations, the FDA announced an effort to strengthen the “medical product safety system at every stage of the product life cycle from pre-market testing and development through post-market surveillance and risk management,” in a January 30, 2007 news release.

“Doctors should go over the risks and benefits for a particular off-label use,” says Dr. Aaron Kesselheim, associate physician at Brigham and Women’s Hospital in Boston, Mass. He says some doctors never even tell their patients when prescribing an off-label drug.

While there are no laws mandating that physicians tell their patients they’re receiving a drug off-label, some physicians and attorneys believe doctors are ethically obligated to divulge this information. “The law has been very cavalier in getting patients’ informed consent of an [off-label] prescription,” says Max Mehlman, a law professor and director of the Law-Medicine Center at the Case Western Reserve University School of Law.

Mandating patient consent is one of the ways some advocates want to regulate off-label use, but it’s not the only one. Advocates have also proposed expanding FDA regulation of drugs already on the market. Another idea under consideration would require drug manufacturers to conduct safety studies whenever a large population is taking a drug for an off-label use, an approach Mehlman favors.

The tests shouldn’t be as “in-depth as phase three trials,” where large, randomized patient groups are tested to determine safety and effectiveness, he says, but more like phase two trials, which assess the effectiveness of the treatment using a small group of volunteers.

Almost any of these regulatory ideas would require a major shift, because right now, the FDA doesn’t have the resources to track drugs once they are approved and on the market, says Kesselhieim. He believes the FDA needs to extend their mission from analyzing new drugs to becoming “actually involved in continuing to monitor medicines once on the market.”

On the other hand, there is a risk to regulating off-label use, Steinman says, because it could reduce physicians’ ability to customize treatment based on each patient’s needs. An overarching regulatory power cannot account for the way patients respond differently to various treatments, he adds.

As the debate continues over the best ways to regulate off-label drugs, Fluoxetine, the generic equivalent of the antidepressant Prozac, illustrates both the benefits and risks. According to a study published in October of 2006 in the online version of the Journal of Cellular Biochemistry, female mice treated with Prozac for six weeks experienced a surprising effect: the reversal of bone loss. Not only did bone regenerate in the mice, but the new bone was denser and better connected, says Ricardo Battaglino, who conducts research on bone loss at the Boston-based Forsyth Institute, where the study took place.

It’s not clear whether the results will prompt physicians to prescribe Prozac for patients suffering from bone-loss diseases such as osteoporosis. Henney, who headed the FDA from 1998 to 2001, said in an e-mail that she doubted doctors would do so based solely on an animal study. But, she added, if the results were based on a “clinical trail that was touted in the media, then one could expect some physicians to begin prescribing [Prozac] off-label.”

If it turns out that Prozac does prevent bone loss in humans without side effects, says Steinman, then it would be a reasonable thing to prescribe Prozac, as long as physicians carefully monitored potential psychological side effects of the anti-depressant. But Steinman warns that doctors need to be sure they’re not “grasping at straws” rather than doing what is clinically indicated, citing the use of drugs like NovoSeven. Approved to treat bleeding in hemophilia patients, doctors are using NovoSeven off-label to treat hemorrhages – a use that has been linked to increased risk heart attacks and blood clots deep in the veins or lungs.

The public, the government, and doctors have to be open to changes, especially in prescribing drugs for off-label uses, says Steinman. “There are plenty of examples in medicine where we thought we were doing the right thing and then we found out we were doing it totally wrong- and vice versa.” he explains.

Eli Lilly makes billions on diabetes treatment and also gets $4.2 billion a year in sales of their biggest cash cow Zyprexa which has been scandalized as *causing* diabetes as a major side effect.
Not fair!

Zyprexa off label promotion scandal is all over the news now.
Lilly drug reps are alleged to have called their marketing ploy,”Viva zyprexa”.

Eli Lilly zyprexa cost me over $250.00 a month supply out of my own pocket X 4 years and has up to ten times the risk (over non users) of causing diabetes and severe weight gain.

Zyprexa which is only FDA approved for schizophrenia (.5-1% of pop) and some bipolar (2% pop) and then an even smaller percentage of theses two groups.

So how does Zyprexa get to be the 7th largest drug sale in the world?
Eli Lilly is in deep trouble for using their drug reps to ‘encourage’ doctors to write zyprexa for non-FDA approved ‘off label’ uses.

The drug causes increased diabetes risk,and medicare picks up all the expensive fallout.There are now 7 states (and counting) going after Lilly for fraud and restitution.

(In 2004, the American Diabetes Association found that Zyprexa was more likely to cause diabetes than many other antipsychotic drugs.)

Eli Lilly has used every trick in the book to push their mega-hit drug, Zyprexa. But probably the real criminal acts include knowing (and there is now evidence) that the drug caused diabetes, hyperglycemia, and death BEFORE putting it on the market, denyin flat out that all the people who have died or gotten diabetes got it from Zyprexa, and continuing to rake in large profits.

All that matters to Lilly, which pretends to be philathropic and do well for people’s health, is the bottom line. They clearly do not care that people are dying from Zyprexa and other of their products. This is just the cost of doing business.

When is the justice system in this country going to kick in and send their in-the-know executives to prison? Have you ever heard of a Pharma executive going to prison for murder? Me neither.

The New York Times has reported that Eli Lilly has duped at least 20 state Medicaid agencies into promoting costly and harmful psychiatric drugs like Zyprexa, Strattera and Cymbalta. (See “In Some States, Maker Oversees Use of Its Drug,” by Stephanie Saul, NY Times, March 23, 2007.)

I’m the Michigan mental health advocate who is quoted in the Times, describing Eli Lilly’s pharmacy program as “incestuous.”

As a member of the Michigan Department of Community Health Recipient Rights Advisory Committee, for over a year I’ve been researching Lilly’s pharmacy program in Michigan and 25 other states. Through a series of FOIA requests, I’ve uncovered a lot of solid evidence that wasn’t even mentioned in the Times.

I hope to hear from officials in states with similar programs funded by Eli Lilly and implemented by Comprehensive NeuroScience, Inc. Feel free to contact me directly or send me an anonymous tip if you wish. This is a big story, and it’s not going away.

In solidarity with the victims of pharmaceutical industry fraud,