How are nests made, and are people changing the materials birds use for them? 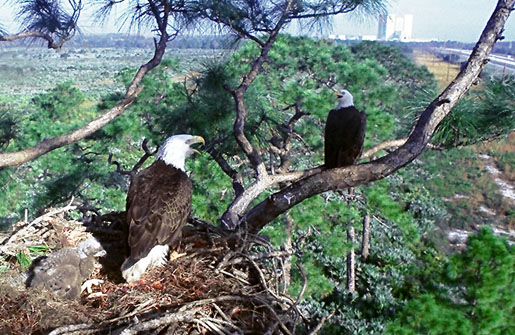 The caw of the crow was unmistakable. As it screamed, the black bird dove at a nest in a tree. A pair of much smaller birds – brown house sparrows, denizens of the nest – threw their bodies at the crow, shrieking. Other nearby families shrilled in alarm. But within seconds all of the pair’s nestlings and at least one parent – flung from the nest, beheaded – were dead, and a satisfied crow munched on dinner.

House sparrows in New York City, where the crow’s attack was observed, usually tuck their eggs in well-protected bundles on buildings. In fact, there were dozens of nests nearby, invulnerable to predatory crows and on inset light fixtures. The attacked pair, however, unwisely built their dome-style incubator in one of the graceful plane trees lining the city street – a decision that showed nest location and construction are crucial to successfully raising offspring.

The iconic cup nest that we are all familiar with, woven out of grass or twigs, protects a pair’s eggs from inclement weather and predators. Exactly how nests are constructed though, and with what, varies between species. Mourning doves, for example, simply lay sticks on a branch, while robins living in the same habitat construct more complicated nests of woven grass. Bluebirds seem to use grass in their nests, but, if it’s scarce, they will turn to other materials like pine needles. Many nests include finer materials like feathers, animal hair, spider webs and snakeskin – all of which are bound together by saliva or mud.

An unusual addition to some nests is natural pharmaceuticals. Hawks, who maintain the same resting spot year after year, sanitize their nests with fresh leaves, which, according to The Birders Handbook, contain natural pesticides and reduce parasites. Starlings also ferry fresh herbs into their nests, although these leaves tend to boost the immune system rather than reduce parasite infestations. In another twist, the common waxbill of Africa includes carnivore scat in their nests; an experiment found that nests with scat had a higher survival rate because it functioned to reduce predation.

The complexity of a nest determines how it’s constructed. Whereas American robins take four to five days to weave together some 350 pieces of grass with beakfuls of mud, black-billed magpies take over two thousand trips and 40 days for their stick and pellet residence.

Not all birds construct what many of us think of as a “nest”. Birds such as some swallows and owls burrow in soil, parrots and woodpeckers use cavities in trees, and vultures and gulls do minimal construction, laying eggs in a shallow impression on the ground. The ancestors of birds, theropod dinosaurs, constructed similar impressions in the soil. According to The Birders Handbook, it was predation that forced many ancestral birds to move higher, pushing them to pre-existing cavities in rocks or trees. When these locations ran in short supply, some species began simple modification of less suitable cavities, and nest construction began.

Human modification of the environment has had, so far, minimal impact on nests since many birds continue to prefer the camouflaging of natural materials. Birders, however, have observed nests containing plastic Easter grass, barbed wire, glass and other items. Because some species do incorporate man-made materials into their nests, what has been seen in residences has changed along with human behavior. Smoking bans sweeping across America have reduced the number of cellophane pull-tabs woven into the structures, and the advent of the automobile saw a marked decline in bird nests built with horsehair (since fewer horses were around). In fact, because the chipping sparrow adjusted and switched to other nest materials following the first Model T, it is no longer known as the hairbird.

But even though birds have adapted to human activity in the past, future changes in habitat and displacement due to climate change present a challenge. Research has shown that many species of birds are already responding to climate change and are breeding earlier in spring and further north. It remains to be seen how reproduction and nests will change in the near future.