Is sleeping for a lot of short periods the same as a full eight hours? 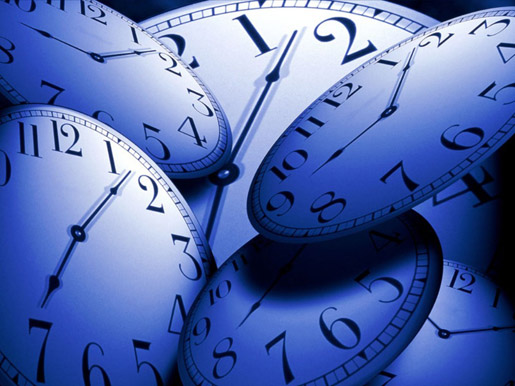 Like every episode of the popular 1990’s sitcom “Seinfeld”, Cosmo Kramer hatched yet another crazy scheme in the episode titled “The Friar’s Club”.

Kramer: “Well, turns out that the master [Leonardo da Vinci] slept only twenty minutes every three hours. Now, that works out to two and a half extra days that I’m awake per week, every week, which means if I live to be eighty, I will have lived the equivalent of a hundred and five years.”

Kramer: “Oh, I’ve got a lot of things in the hopper, buddy.”

And so Kramer’s plan – to sleep twenty minutes every three hours – was hatched. Though his idea, like most things in the TV-world, only lasted for one episode (and was based on fuzzy math), it raised a question in the minds of millions of viewers: could sleeping for shorter periods of time, multiple times a day, be an adequate substitute for a full night’s rest?

The phenomenon of sleeping in short cycles is known as polyphasic sleep. Claudio Stampi, a founder of the Chronobiology Research Institute in Boston, Massachusetts, is one of the leading experts on polyphasic sleep. In addition to being a doctor, his interest in sailing made him privy to the fact that competitive sailors were often successful on long voyages because they would substitute several naps for one long period of sleep. Stampi has observed that people who practice polyphasic sleep are able to achieve REM sleep in their short periods of sleep, and they are able to concentrate reasonably well on memory tasks; he has even observed that a person who begins to practice polyphasic sleep actually adapts to the new sleep schedule.

It has been claimed that several great thinkers of the past, including Benjamin Franklin, Thomas Edison, and yes, Leonardo da Vinci, have all practiced polyphasic sleep. However, it is difficult to document that any of these individuals actually were successful polyphasic sleepers. The claim that da Vinci used polyphasic sleep is now widely regarded as an urban legend.

The worry with polyphasic sleep is whether or not it sufficiently refreshes us, something that sleeping for an extended period of time each night has been proven to do. When hunkered down for the whole night, humans go through different stages of sleep, which are broadly separated into two categories: Rapid Eye Movement (REM) and Non-Rapid Eye Movement (NREM). During REM, the body and brain remain active, resulting in dreams. In NREM sleep, the body can either sleep lightly, such as when you first start to fall asleep, or deeply – a phase where there is body movement but little brain activity. The body alternates between these phases throughout the night, and REM sleep is generally achieved about 90 minutes into sleep.

Many studies have proven time and time again that moving through these phases while sleeping is necessary in order to stay healthy while awake. Studies in animals have shown that sleep deprivation adversely affects health. For example, a study published in the American Journal of Physiology showed that bacterial infections occurred earlier in rats that were sleep deprived. In fact, several studies show that rats have died if completely deprived of sleep after about two weeks. Other research found that being sleep deprived is just as bad for your health as being impaired from a night of drinking, by affecting coordination, reaction time, and judgment. The list of symptoms that can occur when a person is sleep deprived include cardiovascular disease, depression, and even Type 2 Diabetes. A study from the University of Chicago showed that a person’s ability to metabolize glucose can be adversely affected by lack of sleep, a bodily function that, when disrupted, can lead to diabetes.

How much sleep a person needs in order to not be sleep deprived is unique to individuals; there is no set amount of sleep that a person needs to have in an evening. Eight hours is touted as the needed average amount of sleep after studies conducted by the National Institutes of Health. According to a description in William C. Dement’s The Promise of Sleep, participants in an experiment were placed in a windowless room in which they were allowed to turn the lights on or off, regulating their sleeping pattern. People in the experiment gradually increased the amount of sleep they got to as much as 14 hours, but in the end, they all needed about the same amount of sleep, which happened to fall around eight hours in just about every case. This number, however, is an average, and is not set in stone. Some people function perfectly fine after only five or six hours of sleep.

The amount of sleep you need depends on genetics, activities that might cause you to stay awake like drinking coffee or smoking, your ability to get an uninterrupted night of sleep, and your circadian rhythm, also called your “biological clock” and is the physiological function that dictates when sleep is needed. If this works in shorter periods, it turns out, says Stampi, that your REM sleep can be adjusted to work on shorter time frames as well: though most people don’t fall into REM until an hour and half into dozing, people who practice polyphasic sleeping, usually with short naps, can achieve REM sleep in as little as thirty minutes.

Kramer had good intentions by wanting to achieve more activity not only in a day but in a lifetime. But while polyphasic sleep can work, and our bodies can adapt to it, each person has different sleep needs, and that should be kept in mind before you begin adding days to your life. Even the great individuals who have claimed to have functioned on little sleep know of its value to a person’s health. As William Wordsworth once wrote,

“Even thus last night, and two nights more I lay,
And could not win thee, Sleep, by any stealth:
So do not let me wear to-night away.
Without thee what is all the morning’s wealth?
Come, blessed barrier between day and day,
Dear mother of fresh thoughts and joyous health!”

It’s in reality a nice and useful piece of information. I’m happy that you
shared this useful information with us. Please stay us informed like this.

New research does prove this. I just watched another Netflix TED talk that confirms these findings.

I thought your use of the scene from the comic tv show was done Ultra well!