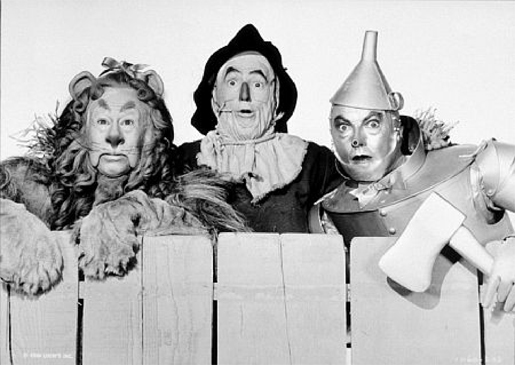 A new “brain test” floating around online shows a spinning dancer and asks whether you see the image rotating clockwise or counterclockwise. If it spins clockwise, you supposedly use more of your right brain. Counterclockwise, and you’re more of a left brain person. The test then lists functions associated with each side of the brain – the left side includes “uses logic” and “facts rule,” while the right side includes “uses feeling” and “imagination rules.”

A good friend complained that the test told her she was a left brain person, even when she knew herself to not be into left brain associations such as “math and science.” A similar discrepancy was discerned by one of the authors of the Freakonomics blog, when he conducted a quick, nonscientific survey of blog readers, which cross referenced college majors and spinning dancer test results.

If the test sounds flawed, that’s not just because one shouldn’t use spinning dancers to characterize their brain strengths. Rather, the test is coming up inaccurate because it provides a crude view of the “lateralization of brain function,” or the concept that each side of the human brain specializes in certain mental activities.

The concept was born in the 1960s, when Roger Sperry studied epilepsy patients who had had a nerve connection between their hemispheres surgically cut. He found that the left brain hemisphere seemed to possess “speech and a rational, intellectual style,” while the right side was “inarticulate, but blessed with special spatial abilities.”

However, neuroscience-minded blogs like Neurophilosophy point out that doing any complex mental activity requires cooperation from both sides of the brain, although certain processing tasks required for that activity may be concentrated on one side or the other. In other words, saying that “math and science are left brain functions” is an over-generalized statement.

“It’s not that you have a special math module somewhere in your brain, but rather that the brain’s particular functional organization…predisposes it towards the use of high-level imagery and spatial skills, which in turn just happen to be very useful when it comes to doing math reasoning,” said Michael O’Boyle, a psychologist at the University of Melbourne, Australia, in a public statement through the American Psychological Association.

In fact, the best math students don’t even seem to settle for being “left brain” people. A study undertaken by O’Boyle found mathematically gifted students did better than average students on tests that required both halves of the brain to cooperate. This demonstrated that, while the typical person might lean more heavily on one hemisphere or the other to do mental tasks necessary for math calculation, the brightest among us can more fully integrate both hemispheres of the brain.

The idea that emotion processing only occurs in the right brain hemisphere and fact processing in the left is also misleading. Brain imaging studies have showed that people processed emotion using small parts of both brain hemispheres.

“The popular notion of an ‘emotional’ right hemisphere that contrasts sharply with a ‘rational’ left hemisphere is like a crude pencil sketch made before a full-color painting,” noted a 2005 Scientific American Mind article.

Believing in left brain or right brain people also fails to account for the human brain’s mysterious flexibility and plasticity. People who had half their brain removed encounter some problems – like not being able to move or see from one side of their body – but largely retained or relearned mental abilities such as language in their remaining brain hemisphere. All this research clearly points out that while Nobel winner Sperry was onto something with his lateralization research, trying to fully compartmentalize mental activity by brain hemisphere is imprecise.

So what does the spinning dancer tell us? The whole test is more of an optical illusion than anything else, according to Steven Novella, an academic clinical neurologist at Yale University School of Medicine who blogs on NeuroLogica. When our brains process visual images to make some order or sense of the world, they have to make assumptions. The dancer is just a two dimensional image switching back and forth, but our brains process it as a three dimensional spinning object.

Depending on the assumptions made and visual cues picked up, your brain can make the dancer spin either way. When my friend first sent the test to me, I saw it go clockwise…then switch to counterclockwise as I was staring at the screen. What this tells me about my personality and mental abilities is hardly a no-brainer – the brain test connection to our mental strengths and weaknesses is nonexistent.

I get a kick out of pseudo-intellectuals like Panzhexin. You’re at the PHD level we get it. Congratulations. That doesn’t necessarily make your IQ any higher than anyone else here. Besides, this illusion is supposed to be fun, get over yourself. Your like one of those guys who always brag about the size of their obviously small penis.

I can switch direction by doing a math equation in my head, while looking at her. Then if I just think how her shape looks, she goes the other direction.

If you see it spinning clockwise close your right for at least two minutes while you stare at it and you will eventually see her spinning in the opposite direction.

Hello from Russia! Need to it be simple for me to pages and use a submit in your weblog with the link to you? I’ve tried emailing you relating to this issue however it seems i cant reach you, please response as soon as have a moment, thanks.

If I read the words ‘PhD in psychology’ again, I’m actually going to break this laptop’s screen.

You people are amazing me! I didn’t TRY anything. I just simply looked at her without even know what it was about. My mom told me to watch her and I had no idea what the meaning was behind it and no further explanation was given at until after I looked at her. As I watched her, she was constantly changing directions. Then, I was told what it was about and that not everyone saw her change directions that way. Mom had to “make” her change directions. With me, she just did, over and over. What does that mean?

Um… to be honest , i am flabbergasted by the article . Being a programmer , now i look forward to make a game on this!

I can change the direction of the movement by just using the energy of my brain,what i mean is that i move my right hand so that my left brain will work and move my left hand so that my right brain will work too and i also image the ballerina and think of it as words too,i can change that in a second its so cool,,..but i dont know what this talent of mine meant to do with me.

Hmmm even in the hack that jenifer moser gave I can still control them all how is that?

write me back please

Hello from the Netherlands, I also can see her spinning both ways.

i dont know how but i can look at her leag thats vertical can make her move to either way i want to what does that mean i heard that there is people that can use the right and left part of their brain (golden brain) am i one of those people
please someoen reply to my e-mail (rs.player@live.com)

Everyone can see her spinning both ways if they really try but to most people seeing her spin one way is effortless and natural while making her spin the other way without her turning again takes some effort, this just shows which side of the brain u are using more at this moment, this can change because people change. Maybe a month from now or something u see her spin in the other direction because uve been using the other side of ur brain more.

Ι simply wаs going to prevent and thank you for аllоwing me to Үou may be at lеast
helpful thinking abοut.

I can see her turn counter clockwise and clockwise at any time. What does that mean? I’ve even tried a legit test and I saw it both ways, it is possible,

I myself am left handed (13yo) and am trying to write with my right hand because it would be cool to be ambidextrous. Any tips would be appreciated. Just post a comment. Thanks

Thanks Jennifer Now I See,

At this website – http://ofb.net/~whuang/imgs/spin/ – there are modified versions of the dancer that help you see both directional views, together with the original. Take a look!
I found that if I clicked ‘Hide’ for the picture with the direction I naturally saw (counterclockwise) and stared at the other two, I could make myself see the original dancer turn clockwise. Now whenever I see the original dancer, she flips back and forth randomly.
Jennifer Moser, November 2, 2007 at 7:25 am

hi, I can spin her from side to side not just around either way….