Why is it taking Iran so long to make a nuclear weapon? Didn’t it only take the US four years to invent them? 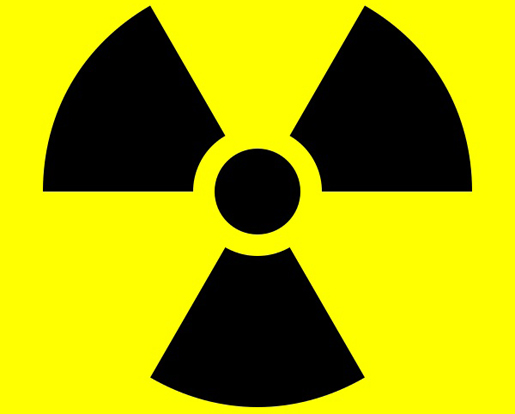 **Changes were made to this story on November 25, 2007. They are noted with parenthetical numbers. Please see corrections below.

Iran and its nuclear program appears a great deal in the news these days, even with estimates that they are five to ten years away from completing a nuclear weapon. To understand why it’s taken Iran over 18 years to build a bomb, one needs to consider the steps it takes to build a bomb, and differences between the conditions in which Iran and the U.S. pursued this technology.

Early in the last century, scientists discovered radiation. Radiation is the release of gamma rays, high-powered electromagnetic energy 100 times stronger than X-rays, and neutrons, one of the constituents of atomic nuclei (an atom’s center core).

When the neutrons flying out of a radioactive atom’s nucleus strike the nucleus of another atom, the force of the impact can split the target nucleus like a bullet through an apple. The effect of splitting an atomic nucleus with a neutron is called fission, and the result – if enough other radioactive atoms are nearby – is a chain reaction of split nuclei and released neutrons. There is a tremendous release of energy from the nuclei splitting, and it is this energy that is harnessed to make a bomb. The minimum amount of radioactive material needed to start the fission chain reaction that can lead to a nuclear explosion is called the “critical mass.” When radioactive material assembles in critical mass without a material such as lead or carbon to dampen the chain reaction, the result is a nuclear explosion.

In order to build a nuclear bomb that implodes (1) at precisely the right time, small bits of radioactive material are mashed together in a single moment to achieve critical mass (and thus an ensuing explosion). Scientists do not see putting the bomb together as the hard or time-consuming part, according to Mark Sackitt, a nuclear proliferation expert at Brookhaven National Laboratory. The difficulty, he says, in developing an atomic bomb comes not from designing and assembling the bomb itself, but from producing the nuclear material itself.

The uranium (2) for the bomb must be enriched – a process in which two naturally occurring isotopes are separate from each other. An isotope is an element, such as uranium, in which different atoms can have different numbers of neutrons, or neutrally charged particles. Uranium, along with plutonium, are the only two elements used to make nuclear bombs (3).

Uranium comes in two common isotopes, U235, or enriched uranium, and U238, which is more common. The numbers denote the number of neutrons in the nucleus of each isotope. About 2 pounds of uranium undergoing fission (4) releases as much energy needed to run a 60 Watt light bulb for 47 million years. Only U235 can be made into a bomb, so the two naturally occurring isotopes need to be separated from each other in a process known as enrichment. Enrichment is the hardest part of making a nuclear weapon, because of the complexity and size of the machines involved.

By all accounts, Iran is trying to make their bomb out of uranium. Just because Iran knows the elements that go into making a bomb, doesn’t mean one will be easily produced: a nuclear program requires tremendous amounts of expertise and money to get off the ground.

According to “The Making of the Atomic Bomb” by Richard Rhodes, to build the uranium bomb that would eventually be dropped on Hiroshima, America needed to enrich 137 pounds of uranium. To separate that much U235 — as well as put together an atomic bomb — (5) the U.S. government developed a nuclear program during World War II, dubbed the Manhattan Project. Under the direction of this project, the largest building in the world at the time was constructed to house the uranium enrichment equipment. It was assembled by 20,000 construction workers, took 12,000 people to operate, and cost $6.1 billion, adjusted from 1941 into 2007 dollars. By the close of World War II, the Manhattan Project employed more Americans than the automobile industry. Once it was built, workers laboring for 24 hours a day, seven days a week, took three years to produce enough properly enriched uranium for the bomb

Six of the scientists working on the Manhattan Project had already won Noble Prizes, and another 15 involved with the Project would go on to win the Nobel Prize. The U.S. was able to collect such a unique group of scientists by offering asylum to the many Jewish physicists and chemists who fled the Nazi advance across Europe.

Iran, by contrast to the United States during World War II, does not have the money to spend on building a similarly sized enrichment apparatus, or the academic structure that would pull in experts — even though bomb design has advanced in the last 60 years to the point where only about 30 pounds of uranium is needed to build a bomb.

However, breakings news on November 18, 2007 may have rendered the argument of over Iran’s uranium enrichment program moot. Iranian President Mahmoud Ahmadinejad told the Dow Jones Newswire that he has been in discussions with some Arab nations to set up a uranium enrichment facility in Switzerland to provide fuel for a nuclear power plant.

An enrichment facility built by a technically advanced western nation would circumvent the development problems that would otherwise delay Iranian bomb construction. However, foreign enrichment would allow inspectors to monitor the use of the uranium to ensure that it was not enriched to the purity needed to make a nuclear weapon. This development still leaves open the possibility that the partially enriched uranium could be further enriched to weapons-grade once it arrives in Iran.

2. “uranium” replaced “radioactive material” — both plutonium and uranium are radioactive, but plutonium does not need to be enriched

5. “and to develop an atomic bomb” was inserted — the prior construction implied that the Manhattan Project was developed solely for uranium enrichment, which it was not

The article seems to be based on the assumption that Iran is actively working to build nuclear weapons. This is an important assumption because if it is not true, then the whole question is irrelevant. You do not offer any evidence (beyond the public perception in the U.S. and an irrelevant link to BBC) to justify this assumption. In fact there is very little, if any, serious intelligence to substantiate this assumption. IAEA which is the most informed party says it has found no evidence that Iran is trying to build a nuclear bomb (and I guess you know that proving a negative, i.e. that Iran is not building a bomb, is logically impossible; so this is the best we can hope for). Moreover, the majority of conservative religious leaders in Iran have put a religious ban on building nuclear weapons, which complicates Iranian government’s work even if they wanted to build one. In short, by starting with the assumption that Iran is actively working to build a bomb, you simply reinforce a dangerous mis-perception that can get us into another war. I don’t think this is your intention, so please do your homework better before basing an article on a stereotype.

Iran’s president never said he wanted to wipe Israel off the map – that is mere propaganda.

He actually stated “this regime occupying Jerusalem (een rezhim-e eshghalgar-e qods) must [vanish from] the page of time”.

In the Bush first term. The military industrial complex got together to strategize. They found that they can not keep convincing the US people to spend so much on weapons with the soviet cut backs. They determined they need a “new enemy”. Then they proceeded in creating one, Muslims. Then they hyped up the threats like the did the Soviets in the cold war. Followed by pumped up spending.

Interesting how Iran’s president is a “terrorist” for what he says. But it is perfectly ok for the US/Israeli leaders to advocate the nuking of Iran. How are they the terrorists and the US the good guys in this hate mongering. Facts are Iran has not invaded anyone. Iraq invaded them with US support after they tossed out the US puppet. We, under Reagan, did this as punishment. If anything it is the US/Israel that are the bad guys. The US liberates Afghanistan and Iraq like Hitler liberated Poland and France. Now we want to “liberate” Iran. Now lets look at Israel? What nation near them have they not invaded and taken and continue to occupy lands of? Well only Egypt because they attacked Israel and took the land back by force. History shows that is the only way you get your land back from Israel. Clearly 40 years of negotiations has never yielded anything.

So if you want to defend yourself from the next US/Israeli invasion. The only smart thing to do is develop Nuclear capabilities and weapons. Which no surprise is exactly what they are doing. Israel will not stop its war mongering till it actually gets wiped off the map. Give them time, perhaps if Israel nukes Iran like it nuked Syria it will see a flood of nukes coming its way. Then WW3 starts, but the same fools who start war after war after war and blame everyone else for their bad fortunes in war.

Hi,
Apart from everything else, world wants to know, what US is doing in Asia and especially in middle east.
Protecting a nation which is nothing but a violent nation (!!!). which is innocent by face just like backstabbers. Although on the other hand back stabber is not a complete word for them.
actually its all about clearing the Muslim nations from the world in the name of peace (protecting the world from Extremists).

How to wipe them off?

Only if these so called supper power who are trying to save humanity by war sit down in their own homes and leave the world on its own. let every one do whatever he wants to do, instead of using the UN against the Muslim World.
This is the bitter truth which hard to swallow but Truth is always truth.

Someone has said in a poet:

you cannot hide the truth by making your own rules and regulation
because you cannot smell the flowers of paper.

Solution: is not fight.
Super Powers should sit down and stay in their own country and try to protect the Poor countries especially in AFRICA if they really want to make the world a peaceful place.
attacking on developing countries like specific eastern countries is not a way of making peace.
Peace can never be achieved by war.
there is only one way as explained above.