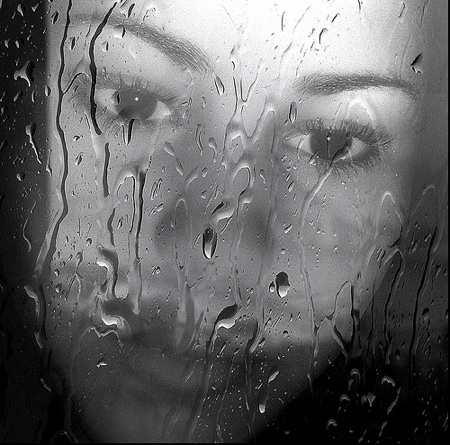 Women with post-traumatic stress disorder internalize their emotions, while male sufferers act them
out. The rates of depression and attempted suicides are higher in females with PTSD.
[Credit: Michelle Brea, flickr.com]

Beverly Smith was 32 years old when her world collapsed. At her annual OB/GYN exam three years ago, despite feeling healthy and showing no disease symptoms, the young mother was diagnosed with cervical cancer. Surgeries and radiation treatments whirred past in a daze. “It was just a big huge black hole of time,” she says of the weeks that spanned from her diagnosis through her radical hysterectomy.

Two months after finishing treatment, Smith, whose name has been changed to protect her privacy, returned to her job as an elementary school teacher in Iowa, ready to move on with her life. But while her cancer was gone, the shock and emotional strain of dealing with her disease started to become unbearably worse. “I went into a really deep depression,” she recalls. “Every little pain I would have I would just burst into tears.” After two years of depression, she told her oncologist last July that she felt almost as if she was experiencing post-traumatic stress disorder, or PTSD. Smith’s doctor responded: “That’s what you have.”

Smith is one of close to 8 million American adults who suffer from PTSD. Twice as many women are diagnosed with PTSD as men, and recent research shows that women with PTSD are more likely to suffer from depression and anxiety and attempt suicide than men with the condition. A wide range of traumatic events can trigger PTSD, from sexual assault and child abuse to exposure to violence in combat. And with more women in the military than ever before, more female veterans are coming home having experienced trauma. In the midst of this development, researchers are trying to understand how different types of trauma affect women, in hopes of preventing and more effectively treating PTSD.

Post-traumatic stress disorder was first recognized in Vietnam veterans, and was categorized as a diagnosis by the American Psychological Association in 1980. Afterward, it was identified in women who were victims of sexual assault. PTSD is an anxiety disorder characterized by a prolonged emotional response — such as fear, numbness, panic attacks or depression — to a past traumatic event. According to the latest version of the bible of psychology, “Diagnostic and Statistical Manual of Mental Disorders,” the traumatic event must involve a threat on someone’s life or physical integrity. The traumatized individual could have been the target of the threat, or a witness to the event.

The treatment community divides the most common symptoms of PTSD into three groups. First, a victim can constantly be on high alert, suffer from panic attacks and be irritable. Second, she can repress the event, sometimes avoiding relationships and social situations in daily life. Finally, she may be overwhelmed by frequent and painful memories so much that she can’t function.

Of course, PTSD is hardly a simple diagnosis, and each victim may have a different set of symptoms and other psychological diagnoses, called comorbidities, that go hand in hand with the effects of PTSD. The common link is the initial trauma that triggered an emotional and biological response in the victim — a response that lasts long after the event itself has passed.

Katherine Franklin, whose name has also been changed, is a 29-year-old woman from Western Australia who has suffered from PTSD since she was raped by three male friends 11 years ago. She is now married and has a young daughter, but still experiences nightmares of her attack. “I went through a period of being suicidal, which was awful,” she’s recalls. “It’s still an urge I have to control. Ever since the event, it’s like there’s a part of me that just wants to die.” She can’t hold a job because of her difficulty handling stress and interacting with coworkers, and she sometimes has trouble containing her anger if she feels threatened by a man.

According to one estimate, about one in ten women will suffer from PTSD at some point their lives, but it will afflict only one in 28 men. Some of this difference can be attributed to the frequency of certain kinds of traumatic events in women’s lives. “One of the factors is that women are more likely to experience sexual assault,” says Dawne Vogt, psychologist in the Women’s Health Sciences Division at the National Center for PTSD. Studies show that women are six times more likely to be sexually assaulted than men, and “we know that sexual assault is more likely to cause PTSD than other types of trauma,” Vogt says.

But this isn’t the whole story. In fact, men are exposed to potentially traumatic events on the whole at a significantly higher rate than women — up to four times as many, according to one study. The trauma may stem from combat, accidents, disasters and fires, nonsexual assault or witnessing a death or serious injury. Even when controlling for the type and frequency of trauma, research shows that women still get PTSD at a higher rate than men for all of these types of events. The exception is after experiences with child abuse and sexual assault, women and men suffer PTSD at similar rates.

WOW – thank you for this truly informative and well researched piece on how and why PTSD affects women. As a female trauma survivor and former PTSDer (I’m finally healed!) I can tell you how much information – and this kind of incontrovertible truth – helps support us in recovery.

I can’t tell you how much I relate to this. I am a veteran in the war on Lupus. I can’t say I’m a victim, I can’t say I’m a survivor. I’m just here, I can’t breathe, in plain oxegen I cry when there’s no sadness around me. I feel helpless, hopeless, and worthless. Thank you for this bit of information. It is me. It is what I live with. I’m trying to survive it every day. Thank you for helping me understand what it is that I’m up against.