To reach a broader public, environmentalists need to go beyond the documentary 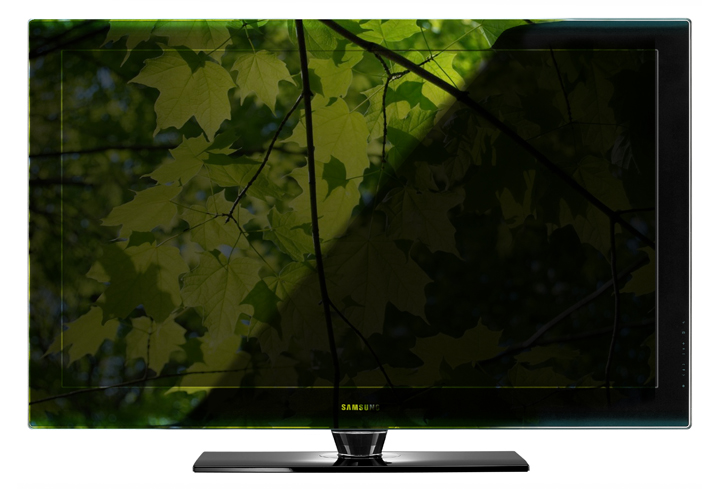 Al Gore’s movie ‘An Inconvenient Truth’ says sea levels could rise up to 20 feet. Is this true?

Arriving at the Green Film Festival in Manhattan’s Theater District feels like stepping into an alternate reality. A very green alternate reality. Amid giddy chatter and smiles, I make my way through a rambunctious crowd gathered outside the theater door, eagerly awaiting the screening of the documentaries Food Inc., Fresh, Flow, and Gasland. In the shuffle I meet Sean, a self-proclaimed sustainability entrepreneur, Alberto, a local organic restaurant owner, and J.D., who manufactures green cleaning products. The air hums with words like “natural” “efficient” and “energy,” and as we pass the table of organic hors d’oeuvres, it seems like the whole world is consumed with environmental fever.

Hence the “alternate” part. The most conspicuous elements of this green ordeal, I notice as I settle into my seat, are the people absent from it. The people who would rather not spend a sunny afternoon learning about the dysfunctional food system, the impending water crisis, or the dangers of hydraulic fracturing. The people for whom ‘environmental film’ equals ‘boring’.

Environmental films tend to “draw a pretty pre-disposed audience,” said Susi Moser, a fellow at the Woods Institute for the Environment at Stanford University and climate change communications specialist. A 2010 study on The Age of Stupid (a hybrid documentary, drama, and animation on climate change) found that most filmgoers were already quite concerned about climate change, and motivated to mitigate it, even before seeing the film. For audiences that are already devoted to an environmental cause, these films merely confirm their pre-existing beliefs.

Documentary film director Louie Psihoyos anticipated this problem when he directed The Cove, a 2009 Oscar-winning documentary about mass dolphin hunting in Japan. His solution was to model the film after a popular Hollywood blockbuster.

“We wanted to do a ‘making-of’ style film that felt like Ocean’s Eleven,” he said. “That was a way in — to tell a dark story in a popular way.”

But not all documentaries take such a novel approach. Randy Olson, a marine biologist-turned-filmmaker at the University of Southern California, is a harsh critic of what he sees as a very literal-minded, information-heavy approach within the environmental film genre. Well-intentioned environmental documentary filmmakers are just “making their same, boring, linear, one-dimensional explorations of issues,” said Olson. “The public’s not buying it.”

Olson, whose films include Flock of Dodos and Sizzle, is particularly critical of An Inconvenient Truth, Al Gore’s 2006 Oscar-winning documentary on climate change. Framed around Gore and a slideshow, the film includes images of retreating glaciers, under-water coastlines, and various facts and figures about carbon emissions and temperature rises.

“Environmentalists just took their message, propped their guy up on a stage and had him bark it out at the world,” said Olson. Audiences of committed environmentalists might very well be attracted to a straightforward factual presentation of data, said Moser, “but if you want to reach a bigger audience, then don’t start there.”

The problem may run deeper than audience tallies — after all, An Inconvenient Truth currently ranks as the sixth-highest grossing documentary in the United States. However, a 2010 study by social psychologist Jessica Nolan found that while the film increased viewers’ concern about global warming, that concern didn’t translate into any substantial action a month later.

To move a larger audience to action, Olson advocates a shift from the literal-minded world of documentary into the imaginative world of narrative. “You need to wrap your message inside something that reaches down to the lower organs of the heart and the gut,” said Olson. That means putting facts into stories, instead of having the facts be the story.

One organization using this approach is the Science and Entertainment Exchange, a program of the National Academy of Sciences. The Exchange puts writers, producers, and directors in touch with scientists and engineers who can answer specific questions or just brainstorm ideas. For example, writers for the TV show Fringe changed their original plot point of mind control through hypnosis to magnetic manipulation of brain waves after speaking with a neuroscientist at the Salk Institute for Biological Studies in La Jolla, California.

“We’re trying to be a presence in Hollywood that can help entertainers craft their story lines around real, engaging, true science,” said Rick Loverd, director of development at the Exchange. Instead of starting with a bundle of facts and trying to shape them into a story, the Exchange facilitates partnerships between storywriters and scientists to embed scientific information inside of emotion-filled narratives.

Hollywood, Health and Society (HHS), a program of the Centers for Disease Control and Prevention, takes a similar approach by providing free resources to the entertainment industry. HHS connects writers and producers — from prime time dramas like Law and Order and House to daytime soap operas – with experts who can provide accurate health information for their scripts.

These partnerships are more than just idle talk — they can actually change how people act. Consultation with the show Numbers led to a scene in which the lead character says he’s an organ donor, points to his driver’s license as proof, tosses a bunch of DMV applications onto his desk and explains how people can sign up. Pre- and post-testing by HHS found that 10 percent of viewers actually signed up to become organ donors as a result of viewing that one episode.

Another HHS consultation with the longest running daytime soap opera in the world, The Bold and the Beautiful, led to a storyline about HIV transmission. The main character, Tony, found out he was HIV positive. The day he told his fiancé, HHS aired a public service announcement in which Tony directed people to an AIDS call-in hotline number. More people called in that day than any other day of the year — a total of 5,313 calls.

HHS Director Sandra Buffington admits that environmental issues, especially climate change, pose particular challenges for communicators because at first glance, they are not as immediately relevant as personal health issues. However, she believes that by focusing on real, human stories — climate refugees displaced by rising water levels, farmers unable to grow food because of drought, children sick because of outbreaks of malaria — the issues of the planet will crystallize into something tangible. All scientists need to do is provide the information, and the professional creative storytellers will do the rest, she says.

To spur some of that creativity, in March HHS hosted a panel discussion about how climate change impacts human health, and plans to send climate experts to do one-on-one follow up visits with various shows. “We’re helping the writers in Hollywood begin to see climate change as it impacts human beings,” Buffington added.

According to Stanford’s Moser, hooking an environmental message to something people really care about is “absolutely the strategy to take.” Lessons from television, like the success of health messaging in soap operas, provide hints to what will engage a broader audience. Channeling a message through characters people already care about is a good strategy, as is using classic themes like good versus evil or overcoming adversity.

Olson also takes a cue from television. He points to the rise of reality TV shows as a clear indication of where the general public interest lies. If environmentalists want to capture that interest, Olson thinks they need to start experimenting with these innovative types of unscripted forms. “That’s where the cutting edge exists,” he said.

Olson holds up the movie Borat as an example of this sort of innovation. It manages to “probe an issue — anti-semitism — in an entertaining manner, through a hybridization of scripted and unscripted storytelling,” he said.

Moser agrees that we should try alternatives to the standard environmental documentary. “There are many more genres with which you can reach a much broader audience,” she said, “I would move to other shorelines.”

Still, the traditional documentary may provide some firm footing for future explorations. Back in the green hubbub of the festival, I talk to Ana Joanes, producer and director of Fresh, a film about the United States food system.

“Fresh is supposed to be a platform,” she said. “Communities around the world can use it as a jumping-off point for their own local activist endeavors.”

Let’s hope they end up in a reality a little closer to the green alternate.

Lena Groeger studied biology and philosophy at Brown University and is especially interested in the intersection of these two fields. After working as a graphic designer for Brown Health Education, she decided to think outside the poster and explore new means of communication, which led her to SHERP. She’s excited to write about the multidisciplinary questions of science and ethics for the general public. Visit her web site at www.lenagroeger.com.

Documentary filmmakers often talk about the “train” of a story. It’s the narrative thread that pulls along all the facts, figures, experts, etc. that make up the substance of the film. It’s also the hook that pulls viewers in and keeps them watching.

Al Gore giving a power point presentation is a pretty terrible thread to hang a film on when you think about it. Where as, a “Mission Impossible” style infiltration of a dolphin culling site (ala The Cove) is more or less riveting.

A trend that started with Michael Moore is to make your personal journey the train of the story. You can see this at work in films like “Super Size Me” or “King Corn.” I think this approach can be can successful, but only if you are a compelling character in your own right.