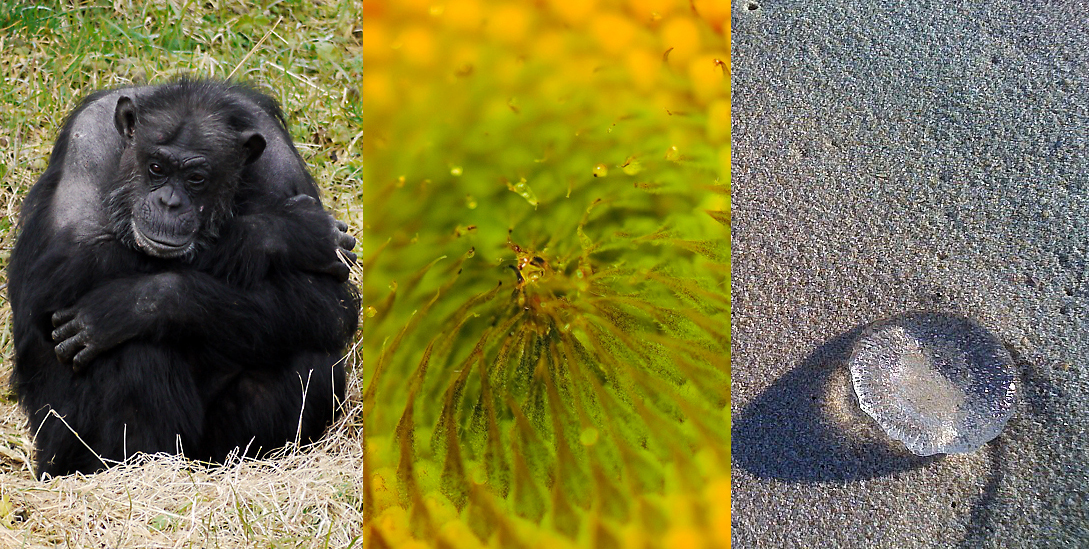 It’s a big week for bioethics.  Last week, the National Institutes of Health halted new funding for research involving chimpanzees, our closest genetic relatives. NIH will decide how to implement a new set of rules about when and how scientists can do research using chimps.

This past Tuesday, a United States biosecurity advisory board recommended that researchers censor forthcoming publications in top scientific journals in order to avoid releasing information that bioterrorists could use to create a more dangerous bird flu virus.  The information would still be available to scientists who need it, but not through publicly available journal articles.

Of course, scientists can be terrorists, too. David R. Franz, the former head of the Army’s biological defense lab in Fort Detrick, Maryland, approved the board’s decision. However, one of his colleagues, Bruce Ivins, is responsible for the 2001 anthrax attacks.

Chemists at the Chinese University of Hong Kong put their own spin on a sugar high by converting ribose molecules into cocaine. Drug dealers should probably stick to their current supply, as the 15-step recipe is probably out of their league. Unless you’re Walter White.

The naked mole rat is not the prettiest of creatures, but it’s one of the most interesting. In addition to cancer resistance, a new group of scientists have discovered that the rodents are insensitive to acid buildup in their body. The research could help in finding new ways to treat arthritis and inflammatory diseases.

Vi Hart takes the humble classroom doodle to a new level. Her most recent topic is the spiral. Watch and you’ll learn how it links up with the Fibonacci sequence and all sorts of flora, from pinecones to pineapples.

For the ladies: The Guardian reports the French government will recall breast implants made with lower quality industrial silicone by a company called Poly Implant Prothese. The implants are currently residing in 30,000 French women and another 40,000 British women, and appear to pose a greater risk of rupture. Silicone has never been linked to cancer.

For the menfolk: You all might be evolving into Chris Kattan and Will Ferrell in Night at the Roxbury. The new issue of Psychological Science says clueless dudes have an evolutionary advantage, as reported at EarthSky.

For the Higgs Boson, if you’re out there: Merry Christmas, Higgs! ’Tis that time of year for top ten lists (look out for a bunch of cool ones on our site) and you are sure to be featured in many of them. Here’s a top ten list of particle detectors around the globe, from beneath the Mediterranean to Antarctica to outer space! And Minnesota!