Q&A: Get your spandex out 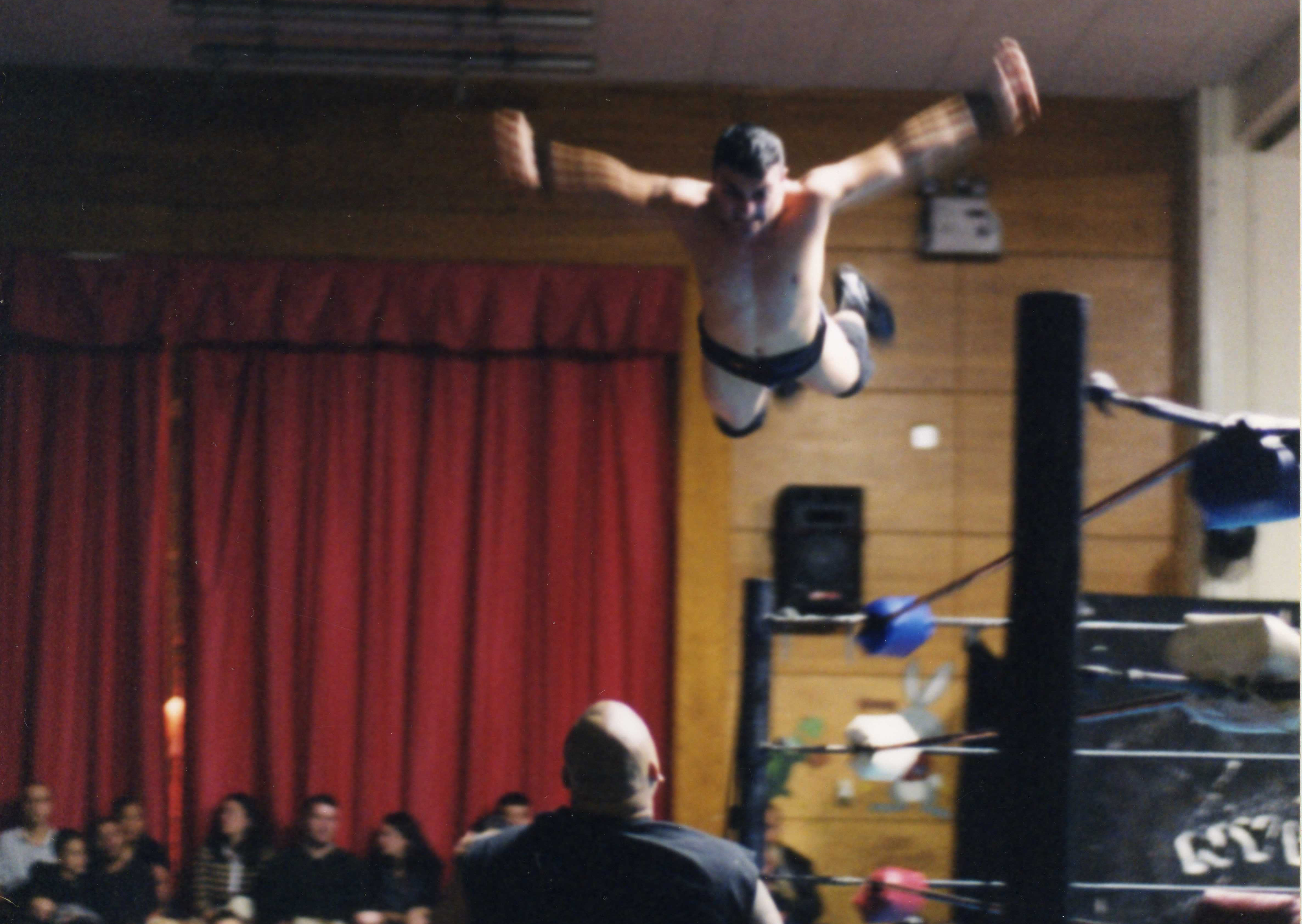 Sitting ringside in a tiny gym as two brawny dudes duke it out in extravagant costumes is just another day at the lab for R. Tyson Smith. He’s a sociologist at Brown University who studies both independent professional wrestlers and war veterans. The two groups may seem different on the surface, but Smith’s work has shown that the men and women who make up those groups form similar emotional bonds rooted in violent masculine identities. These intense friendships help them process and cope with difficult experiences. In a follow-up to his previous studies of unpaid, largely unknown, independent professional wrestlers, Smith spent over two years with an indy wrestling promotion. He documents and analyzes the experience in his upcoming book, “Fighting for Recognition.”

The following conversation with Smith has been edited and condensed for brevity.

They’re not paid, so the aspects of profit are largely removed. I was interested in how it’s so compelling, so rewarding that they would be willing to suffer all these bodily costs and other taxing costs for little to no pay. What is it that keeps them motivated in the face of herniated discs, broken bones, and concussions as well as sacrificing careers, relationships, and other opportunities?

What is their driving force?

For some, it’s a certain type of solidarity and intimacy they find with one another in the larger context of this sort of suburban consumer culture. In pro wrestling you perform violence with other people and while performing you must trust and protect one another. So, to leap off the top rope of a wrestling ring down below is a long way and they do it all the time — it’s called a high spot — and when they do that, they are taking a leap of faith that their opponent is actually someone that is there to break their fall and be in the right position and catch them and protect them in this implicit way.

Also, these men are recognized for their acts of daring and violence and risk by both fans and other wrestlers. So, in a modern world of often-tedious service work … you’re not necessarily recognized and you’re not necessarily finding meaning through work. But when you can receive this roaring applause of “Holy sh–! Holy sh–! Holy sh–!” from a crowd of 200 people, that is a gratifying salve for the doldrums of the day-to-day.

Would this play into your work with the veterans as well?

There are themes of working class, violence, masculinity, pain, suffering and solidarity for sure. There’s still a strong connection between masculinity and violence that many young men are encouraged to participate in, engage in, make sense of, and later reconcile with and heal from… It’s never been an entirely level playing field as to who ends up serving, but today it’s disproportionately working class folks. Really, it’s a burden that’s not equally distributed in our society. So I’m interested in how these groups of men and women cope and adjust and make sense of this experience

Are there any similarities you see between wrestling and war?

Obviously wrestling is notoriously fake and war is incredibly real. But they both exact certain costs and have ways of affecting people… It’s true that the two sites are very different from one another, but the kind of solidarity that they can generate is incredibly meaningful.

Where does that fit into your book?

I’m looking at the world of indy wrestling specifically, but I’m interested in questions about everything from pain, violence, emotion, and recognition to gender. And the larger theme of the book is how this performance of pro wrestling is a metaphor for a certain performance of masculinity. I look at how these performers have a front stage act of dominance, violence, daring, animosity and hatred, yet it’s undergirded by this empathy and vulnerability and intimacy.

What was your favorite part of working with wrestlers?

They just put so much of their lives into it … It shows you how much they’re getting out of it and how incredibly meaningful it is to them. They’re basically sleeping and going to work and going to the gym in order to wrestle… The kind of sacrifices they make, the devotion they have and the craft that they learn is inspiring. And they recognize that almost all of them are not going to go on to big time, televised, WWE fame. They’re living their dream nevertheless. I find those kinds of stories quite compelling.

Just to be clear, indy wrestlers are usually paid, just not that much. It is often about the same (or not much more) than what is incurred by travel/lodging costs.