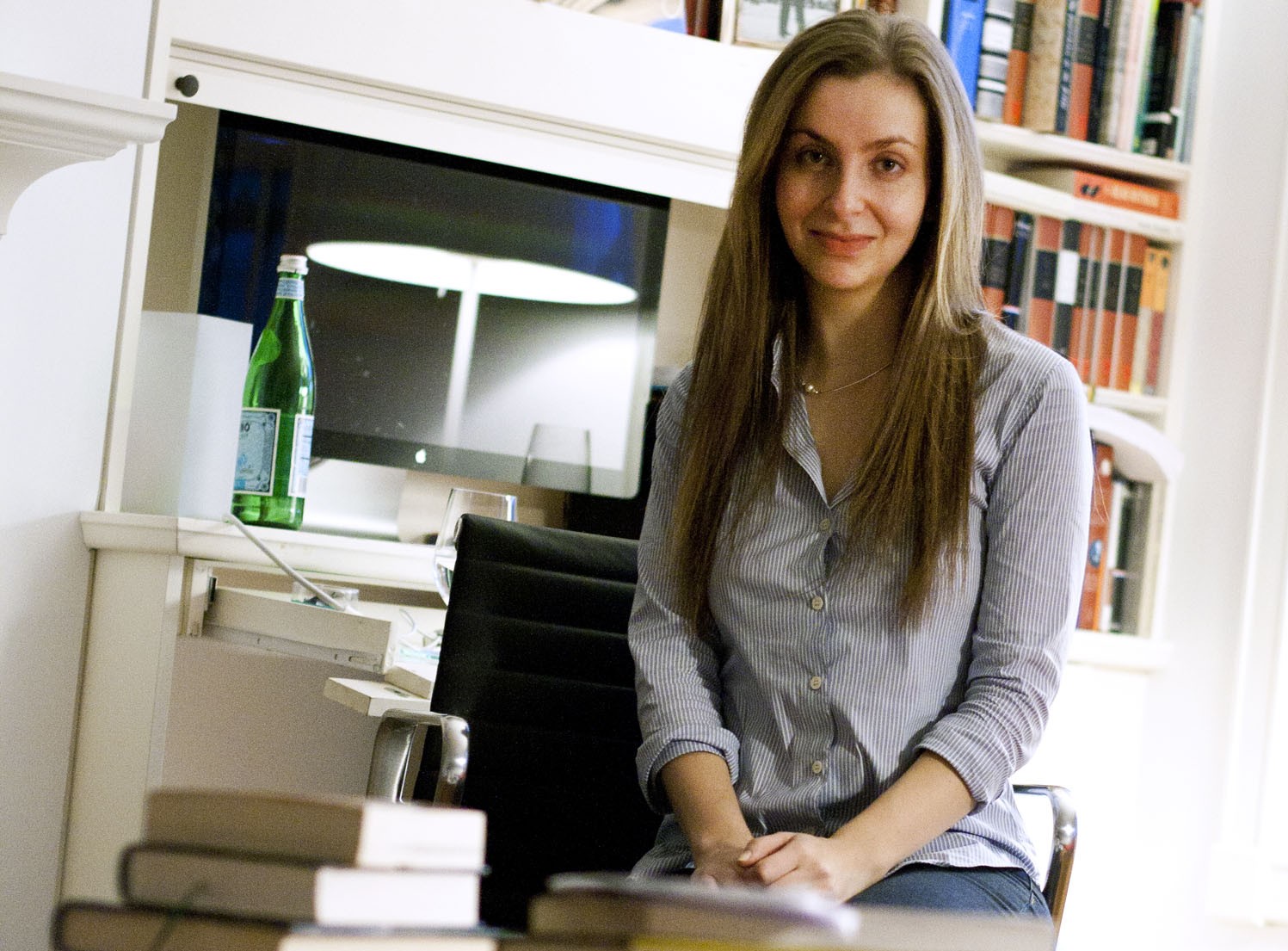 “I tell this to everyone,” Maria Konnikova says in a delicate voice, poised atop a blue exercise ball, “I think you lead an impoverished life if you only read nonfiction.” Her stylish West Village apartment is spotless save for one detail – the coffee table in her airy living room is covered with stacks of books. Speaking with Konnikova, you get the sense that the books, more than the apartment, are her real home.

Born in Moscow, Konnikova is now a doctoral candidate in psychology at Columbia University, where her research probes the minds of people with high self-control. She is also a prolific freelance writer and is working on a novel. Her first book “Mastermind: How to Think Like Sherlock Holmes,” which combines insights from psychological science and Sir Arthur Conan Doyle’s stories, was released on Jan. 3.

“I think the best psychologists are actually fiction writers,” Konnikova says. “Their understanding of the human mind is so far beyond where we’ve been able to get with psychology as a science.”

To Konnikova, the narrow focus required by scientific research can miss the big picture. Researchers often tinker around the edges of wisdom elucidated by novelists a hundred years ago, she says. “You need the careful experimentation, but you also need to take a step back and realize that fiction writers are seeing a broader vista and are capable of providing you with insights or even ideas for studies.”

In her case, fiction provided an idea for a nonfiction book about effective reasoning. In “Mastermind” Konnikova draws anecdotes from Conan Doyle’s Sherlock Holmes canon to highlight decades of psychological research on the mistakes our minds make when we aren’t watching them closely. She suggests emulating Holmes’ crime-solving habits of mind to tackle our own more prosaic puzzles, such as making career decisions and navigating interpersonal situations.

The key, Konnikova says, “is to deploy your attentional ability onto the present moment and to be incredibly aware of what is going on around you.” This mindfulness enables Holmes to observe what others miss. “Paying attention might not only mean what you think it means,” she adds. “Because you also have to pay attention to your thoughts.” Konnikova admits that this practice of constant meta-cognition is no simple task.

The main reason cognitive biases are so difficult to overcome is that they influence our thinking without our awareness. In fact, psychologists have shown that we have a “bias blind spot.” We often recognize faulty thinking in others but not in ourselves. And even those who do acknowledge that their decisions can be shaped by irrelevant factors are not able to avoid the influence of those factors, according to a recent study by psychologists at James Madison University in Virginia.

Improving the thought process is possible, Konnikova says, provided you determine what you want to accomplish and actively process information related to that goal. “With practice it becomes more effortless because you learn how to do it as a matter of course.” Indeed, some research shows we can lessen the impact of certain cognitive biases by using specific strategies, such as considering the opposite of the decisions we make.

Konnikova, 28, was first introduced to Sherlock Holmes through Russian translations of Conan Doyle’s stories, which her father read aloud. Her family left the Soviet Union when Konnikova was four, after the regime opened its borders to allow Jews to move to Israel. They settled instead in a small apartment outside Boston.

Konnikova didn’t speak English when she started kindergarten. But it wasn’t long before school became so easy that it bored her. “I’d skip school all the time. I would just say I was sick when I had a good book that I wanted to finish,” Konnikova says. “My mom didn’t care. She’s like, ‘You’re reading Dostoevsky.’” When she finished fifth grade, Konnikova decided to skip ahead a year in search of a more challenging curriculum.

Konnikova studied psychology and creative writing at Harvard (“I applied early and didn’t apply anywhere else.”) There, her mentor was psychologist and popular author Steven Pinker, who credits her with “oodles of intellectual curiosity, scientific acumen, and productive energy.”

Following graduation, Konnikova worked as a producer for the “Charlie Rose” show, where she set up the program’s “Brain Series.” Her then-coworker Peter Hopkins, now President of Big Think, says that shortly after Konnikova arrived at the show, “Charlie basically announced that she was the smartest person that had ever worked for him.” Hopkins says he quickly discovered the praise was well deserved. “She was really the real deal and an incredibly unassuming, incredibly delightful, vivacious force with this seething intellect that quietly but forcefully expressed itself.”

Despite this success, Konnikova decided to leave the show to pursue a PhD in psychology. “She needed the stimulation I think” says Cara Zimmerman, who met Konnikova in the freshman dorms at Harvard and remains a close friend.

Konnikova’s research explores the potential downside of having high self-control. In a series of studies yet to be published, Konnikova found that people high in self-control weren’t learning from negative feedback during gambling games; they thought they had more control than they really did. She suspects high self-control may come with greater susceptibility to overconfidence.

Konnikova chose Columbia so she could work with famed psychologist Walter Mischel. “He’s 83 right now. So I’m his last grad student and I had to strong arm him into doing that,” she says. Mischel is known for a set of experiments he conducted with children in the 1970s. He presented pre-school students with a marshmallow and said they could either eat it right away or wait and have two marshmallows later. The students were left alone with the marshmallow and videotaped. Mischel found that those who were not able to resist later had lower SAT scores, and their parents reported that they struggled more with stress and frustration. Self-control has since been tied to career success and good health.

“I like to think that I would have waited for my marshmallow,” says Konnikova, who uses internet-blocking software when she needs to get writing done. “But I think everyone does.”

Strong-arming an 83-year old man when you’re a young, healthy, and powerful 28-year old hardly seems fair now, does it?

I love reading through responses, at times understanding a great deal from them or just being interested simply by these people. Nevertheless, I really do obtain troubled by simply snarky feedback, if a site will get bombarded together possibly switching off the actual function is the most suitable or even enabling readers record the actual misuse with a click to help the website check rubbish responses.