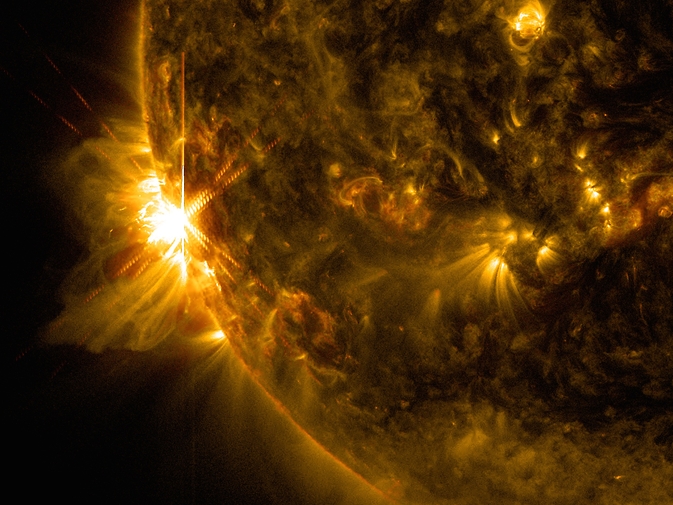 Every now and again, the sun gives birth to a solar flare and NASA is usually there to capture the moment. Last month, the agency released images of three powerful solar flares that occurred within just two-days. When magnetic energy builds up in the sun’s atmosphere, atomic particles like protons, electrons and nuclei are energized. Then, with an explosion more powerful than millions of hydrogen bombs or volcanic eruptions — perfectly natural for the sun — electromagnetic radiation is released in a flash. The sudden release of brightness over the sun’s surface cannot be seen with the naked eye but scientists have known about solar flares for more than 150 years. Researchers have a system for classifying the size and brightness of a flare. In the image above, the flare was classified as X2.2, where X stands for extremely intense and 2.2 represents it’s size on a scale that only goes up to four. Solar flares are too far away from the earth’s atmosphere to cause any harm but they have been known to disrupt satellite communications.