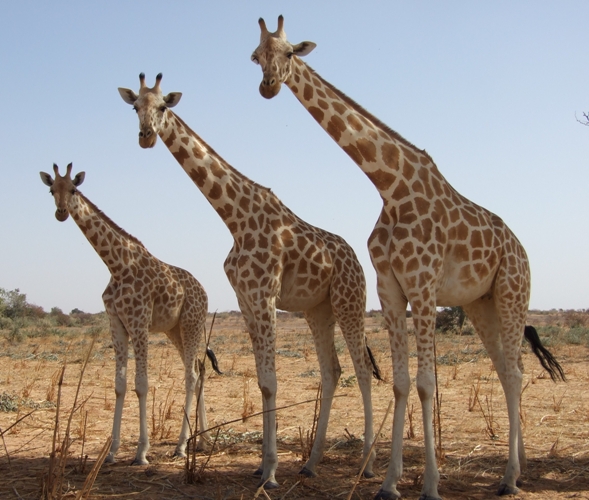 There’s a lot of pressure being the tallest mammal on earth, but giraffes take it all in stride. Researchers can’t understand how the lean legs of a giraffe, made up of bones similar to the ones in human feet and hands, can support up to 2,200 pounds of the animal’s body weight. Now, they may have the answer: giraffes have a special ligament in their feet that provides support without sapping too much energy.  To test the bone-ligament combination, the scientists borrowed the bones of giraffes that died in captivity, and put them under a hydraulic press to simulate the pressure of a giraffe’s body weight. The legs not only sustained the 2,2000 pounds put on them, but they could even support more, the team reported this month at the Annual Meeting of the Society for Experimental Biology in Manchester. Unlike muscle, the specialized ligament does not exert force to assist in movement—it only provides support for standing. Besides uncovering a natural engineering feat, the researchers may have discovered an important clue for piecing together the evolutionary story of giraffes.