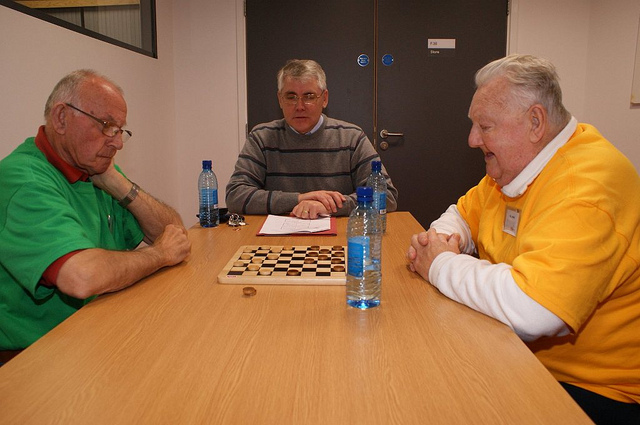 We’ve long known that the human immune system wards off viruses and bacteria that can make us sick, and now it turns out that our bodily defenses might also play a key role in determining the way our minds decline — or don’t.

A study published in late August in Science shows that cognitive abilities — the mental stamina we need to perform tasks like cooking, playing games or going to work — may be more closely related to our body’s immune system than our actual age. Researchers led by neuroscientist Michal Schwartz at the Weizmann Institute in Israel examined the interaction of the immune system and the brain in mice, and found it may be possible to reverse cognitive decline by mimicking younger immunity.

Normally, proteins in the bloodstream don’t make it to the brain because of the blood-brain barrier — it’s part of the body’s protection for its most valuable asset. But the team discovered that around the areas of the brain that produce cerebrospinal fluid (a clear liquid that acts as a cushion for all those important neurons), this blood-brain boundary is a little more flexible. Called a choroid plexus, this specific part of the boundary allows the brain to send distress signals, and the immune system can hopefully answer its call to duty.

The choroid plexus communication system has obvious benefits for the brain, but these researchers found it may actually slow the brain down later in life. When the body needs to fight a viral infection, it produces a protein called interferon beta. The team found that older mice with slower memories tended to have higher amounts of this protein than their younger lab mates. When they injected senile mice with a molecule capable of blocking interferon beta to the brain, the mice showed rejuvenated cognitive abilities and even produced new brain cells.

At first, it was difficult to obtain funding for this new paradigm of research. Schwartz and her team were the first to propose a connection between the brain and the immune system, which completely inverted conventional knowledge. “Initially, I was facing so much skepticism,” she said.

Now, however, Schwartz and her team are applying for several competitive grants from international foundations like the Europe Commission. Their work has inspired other researchers globally to investigate this relationship further. “My legacy to the students is if you believe in something, even if it’s against the common wisdom, keep on doing the hard work and strive to find the truth.” She said.

The team is optimistic the same relationship between the immune system and the brain in humans. So far, they’ve examined post-mortem slices of the choroid plexus in cadavers and found a similar structure to those in mice. It’s a long road of research ahead, but eventually this work could be used to help reverse mental decline, or prevent it altogether.

Schwartz believes that with adequate funding from grants, big pharmaceutical companies or biotech firms, this work could provide therapeutic treatments for those suffering from Alzheimer’s or age-related dementia.

This new understanding of the cross-talk between the brain and the immune system could change the way we think about aging and cognitive decline: Perhaps the mental floss we need to stay sharp is just a tweak of our body’s defense system.