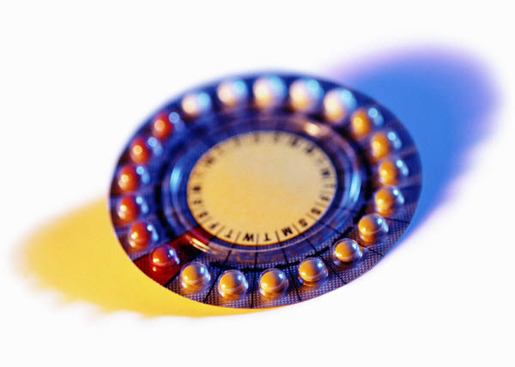 Oral contraceptives are the most popular form of birth control in the U.S., but they may not be as effective in obese women. [Credit: Google Images]

For better or for worse, obese women experience some things in the world differently from other women. But they may not assume that their birth control works differently, too. Oral contraceptives are the most popular form of birth control, and their failure causes unintended pregnancies in 9 percent of women during their first year on the pill. In the past few years, researchers have found that a woman’s body mass index (BMI) is one of the factors that affects the efficacy of oral contraceptives. A new study aimed to figure out the frequency and dose of hormones that best prevents this failure in obese women.

“From the start we knew that certain differences existed between normal and obese women,” said Ganesh Cherala, a pharmacologist at Oregon State University in Portland and one of the authors of the new study. But now they wanted to take the first steps toward figuring out why, Cherala added.

The most recent statistics estimate that over one third of American adults are obese, or have a BMI over 30. The health issues that obesity can cause or exacerbate are well known: heart disease, diabetes, difficulty breathing and even some cancers. But last year, researchers revealed a startling fact: Hormone-based emergency contraceptives, or the “morning after pill,” are essentially useless for women weighing more than 165 pounds. Some of those women may actually have a healthy BMI, but the drug still didn’t work. The hormones, it appeared, were not as effective in heavier women. The morning after pill is simply a much higher, concentrated dose of the same hormones in regular oral contraceptives, so it was researchers’ first indication that BMI can be a factor in the failure rate. It was only natural to turn next to the pill.

Based on their results from a 2009 study about how oral birth control hormones affect obese women differently, Alison Edelman, a gynecologist at Oregon Health and Science University in Portland, Cherala and their team decided to test two different methods. In the study, published in June in the journal Contraception, one group of obese women took pills with a slightly higher dose of the active hormones for 21 days, and then took a placebo, or pill with no hormones, for seven days before starting the regimen again. The other group of obese women took a dose of hormones that was lower than the other group but took the pills continuously, with no placebo week, for two months. To make sure the hormone levels were high enough to be effective, the researchers checked the concentration of the hormones in the women’s system twice per week.

At the end of the two trial months, the researchers determined that both methods were effective because they kept the women’s hormone levels high enough to make pregnancy nearly impossible. But the researchers have some concerns about the safety of the higher dosage method. “One aspect that we need to keep in mind is the exposure of estrogen levels,” Cherala said. “It has been associated with various cancers after prolonged exposure.” Typical birth control pills, like the ones used in this study, have a combination of the hormones progestin and estrogen. If women take a dose of hormones slightly higher than the ones usually prescribed for 21 days per month, the overall exposure is much higher, Cherala said.

Edelman added that one of the biggest reasons that birth control fails, regardless of BMI, is that women don’t take their pills regularly. Hormones that are already less potent in obese women may mean that failure could be more likely. The continuous cycling method, taking the hormonal pills for all 28 days of a cycle, helps to counteract this human error because the dosing is spread over a greater period of time. Each individual pill has less impact on the overall concentration of hormones in the body during the month.

Jen Gunter, an OB/GYN at San Francisco Medical Center in California who was uninvolved with the research, agrees that the continuous cycling method is probably best to keep women on track, and that it’s generally preferable to give women a lower dose of hormones.

But she doesn’t think that doctors should change what they’re prescribing obese women based on this study alone. “[The study] is interesting, but doesn’t really answer any clinical question,” she said. Because the study only involved a total of 31 women, it’s too small to make any big claims, and researchers have yet to determine the lowest functional dosage for obese women.

The next step for Cherala and Edelman’s research is to determine the specific reason why the hormone dosage in typical birth control pills is less effective in obese women. If Cherala and Edelman can figure out exactly why this is the case, they may be able to find a new strategy to make the hormone effective without increasing the dose or length of a pill cycle.

Despite her reservations about these findings, Gunter is confident that Edelman and Cherala are addressing concerns that desperately need research. “Given the incidence of obesity in the United States, if there are any unanswered questions about oral contraception and obesity, they need to be answered,” she said.