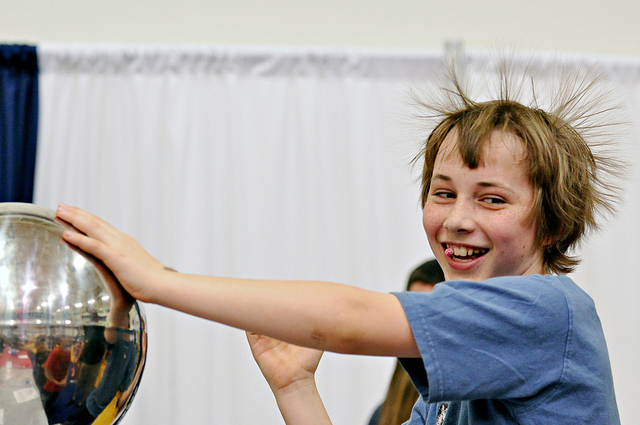 Believe it or not, our bodies have something in common with magnetic levitation trains. Cartilage keeps our bones from rubbing together in our joints and gives shape to our nose, ears and windpipe. And surprisingly, it works similarly to high-speed trains in Japan, Germany and France that float above the tracks.

Cartilage only makes up about 1 percent of our total body mass, but it has an important job. Without it, the grinding of bone against bone causes extreme pain. Unfortunately, cartilage has no blood supply or nerve endings, which means that if it’s damaged or lost, our bodies have a hard time replacing it.

Researchers from the RIKEN, a Japanese research institution, the University of Tokyo, and the National Institute for Materials Science in Japan decided to follow nature’s design and created the first inorganic material that mimics cartilage. A large part of natural cartilage is water, but it also has proteins that use electrostatic forces to hold other structures apart. It’s the same force you feel when you try to push the negative ends of two magnets together. In a paper published in Nature in December 2014, the scientists discussed how their new gel uses the same electromagnetic repulsive forces to reduce friction as two materials slide over one another.

The gel uses nano-sheets of titanium oxide, instead of proteins, in a watery solution. Nano-sheets are only one billionth of a meter thick — that’s like a millionth of the size of a point of a pencil. The scientists manipulated the tiny metal sheets with magnets. They forced all of the electrons, which have a negative charge, to be on one side of the sheet, which left a positive charge on the other side. The researchers found that with the extra magnetic manipulation, the sheets naturally aligned their charged sides to face each other. Like charges push each other apart, creating a tiny space between the two metal sheets; the electrostatic charge between each sheet repelled them enough to make a gap. Maglev trains use the same repulsive forces on a much larger scale to hover above the tracks so they can travel at high speeds with almost no friction.

Since the metal sheets could simply slide away from each other in the water solution, the researchers used special pulses of light to stabilize them into a gel. Their finished material can be manipulated by putting pressure parallel to the metal sheets, but not on either side. This means it can act almost like oil that keeps objects apart, but lets them slide along one another smoothly, just like the cartilage between our bones does.

Researchers hope that their new development will have biomedical applications for patients who have injured their joints or received joint replacements, but it may also be useful for mechanical engineers. Because the gel can resist forces in line with the nano-sheets, it may help preserve machines when different parts have to vibrate or move along each other.

Sometimes new technological developments, like using electrostatic forces to reduce friction, are old tricks our bodies figured out well before we did.

This is very interesting and I enjoyed reading it.

Will this gel also help soldiers that have disc problems in their backs from injuries from wars?

With the gel material, is it possible to cure some disabled people with some organs?