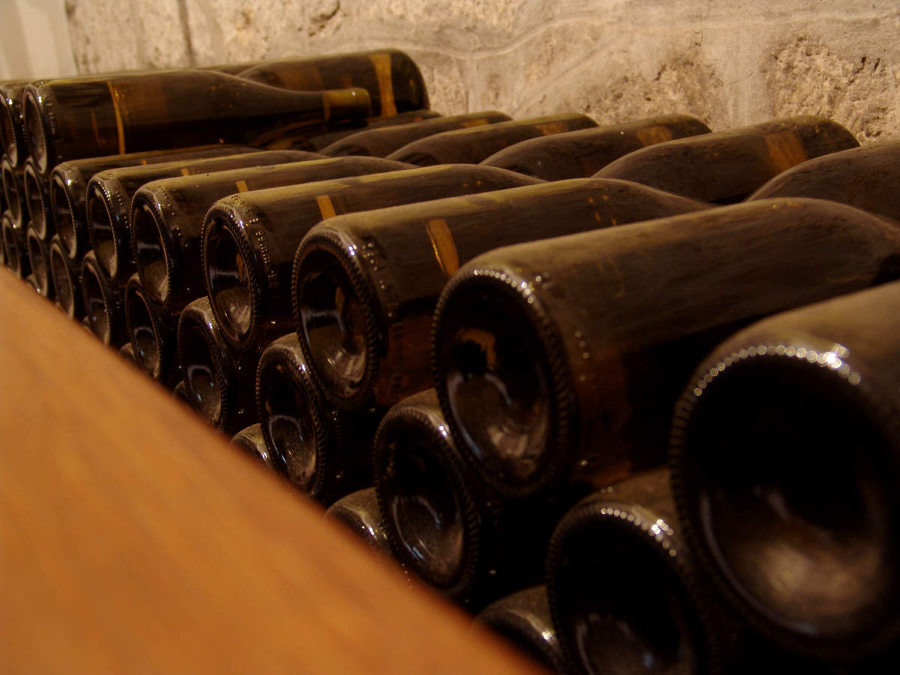 Striving to bring cosmic harmony to the vineyard

Arsenic, the preferred poison of Victorian women in loveless marriages, still shows up in our food and drink all the time. These days, however, it doesn’t come from a vial in a discreetly tipped hand. Instead, it comes from the ground, where it is both a naturally occurring soil component and a remnant of old toxic pesticides.

A recent study in the Journal of Environmental Health shows how far-reaching arsenic contamination can be. Denise Wilson, an electrical engineer at the University of Washington with an interest in arsenic issues, found that lead arsenate, once heavily used in apple orchards, is showing up in more than just apple juice. She sampled 65 wines from the top four wine-producing states in the United States: California, New York, Washington and Oregon. Every sample came back positive for inorganic arsenic, and all the samples either matched or exceeded the federal safety limit for arsenic in drinking water. But there are no federal safety limits on arsenic levels in wine, and wineries aren’t required to list arsenic levels on a wine’s label.

Arsenic comes in two forms: organic and inorganic. Organic arsenic is commonly found in foods like seafood, but typically isn’t toxic. But inorganic arsenic, found in soil and water, can cause some serious problems. Exposure over time can lead to cancers and skin diseases, while intense, short term exposure can cause vomiting, muscle cramping and death.

Drinking water and rice are two major sources of inorganic arsenic exposure. Ground water dissolves arsenic from the rock around it, and rice grains soak up arsenic from the water they’re grown in. Apple juice is another source of arsenic. Land that was used for apple orchards before the 1980s is likely contaminated by lead arsenate, a pesticide applied to apple trees. This lead arsenate persists in the soil, so apple trees and even fungus can accumulate the compound.

So how did arsenic get into wines too? Some vineyards are on converted apple orchards, so Wilson speculates that old pesticides persisted in the soil and were absorbed by the grapes. Most of the wines she tested were produced from grapes grown in Washington, a state known for its apple production.

The Environmental Protection Agency first set a limit for arsenic in drinking water of 50 parts per billion in drinking water back in 1975. Today’s EPA limit is just 10 ppb, but the average arsenic concentration Wilson found in her 65 wines was more than twice as high: 23.3 ppb. None of the wines she tested were under the 10 ppb limit, and one clocked in at a worrisome 75.9 ppb.

Wilson doesn’t recommend that people stop drinking wine, but urges consumers to be mindful of their total arsenic intake. Without labels, consumers won’t be able to keep an exact count, but they should try to avoid consuming large amounts of foods and beverages that tend to have higher levels of arsenic.