Cryotherapy research out in the cold

The procedure may not help you, but it's not likely to hurt either 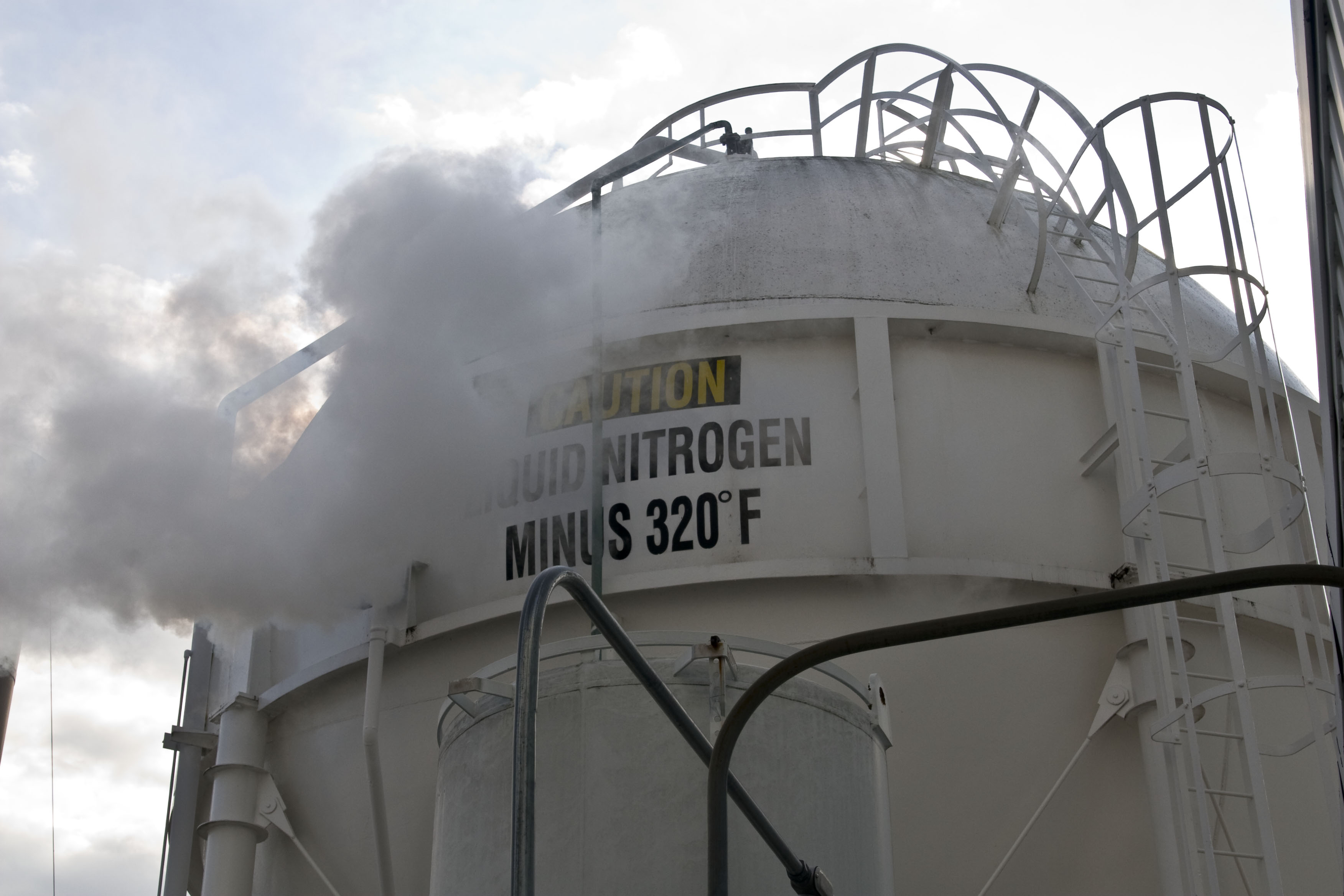 Liquid nitrogen must be stored in very cold chambers – so what would motivate someone to step inside one? [Image credit: NASA Goddard, Public Domain]

At 70 degrees below zero, frostbite can form on your exposed skin within minutes. You’ll experience numbness and uncontrollable shivering. Soon after, hypothermia sets in and your muscles stop working. You slip into unconsciousness and, if your core body temperature falls below 82 degrees, you risk severe organ damage — your heart may even stop.

Knowing all that, would you voluntarily strip down to your underwear and spend two to five minutes immersed in a cloud of vaporized nitrogen chilled to 200 degrees below zero? Would you pay $90 per session for the opportunity?

Supporters of cryotherapy would — and are, every day. Since their introduction less than a decade ago, whole-body cryotherapy salons are springing up all over the United States, from New York City to Los Angeles to Kansas City, and customers — particularly an increasing number of athletes — are flocking to them. Salon owners assert that whole-body cryotherapy can improve everything from sore muscles to sexual stamina — even though current research doesn’t support many of the claims. The evidence is stronger that the therapy itself is low-risk, as long as salons limit sessions to less than five minutes and protect extremities against frostbite. Yet while research into whole-body cryotherapy is ongoing, the continuing lack of scientifically reliable information on its risks and benefits has some researchers uneasy about its growing popularity.

“There’s no monitoring of adverse effects,” says Joseph Costello, an exercise physiologist at the University of Portsmouth in the United Kingdom. When it comes to the research, many of the studies fail to take possible risks into account, he says. And a quick look at any cryotherapy salon’s website will provide a trove of links to studies about whole-body cryotherapy, even though most of those studies don’t consider potential risks either.

“The proof is in the clients,” says Branden Johnson, owner of The Locker in Minneapolis. “We haven’t done guerilla marketing, it’s all been word of mouth.” The Locker offers whole-body cryotherapy sessions for $35 per session — or $350 a month for as many sessions as a customer wants. Johnson acknowledges, however, that there’s been little independent research aimed at verifying claims that the therapy is helpful.

Most of the research that has been done on cryotherapy is insufficient, agrees Costello. He became interested in the topic of cryotherapy when he learned the Irish rugby team was using it as a recovery method after intense training, but when Costello and his colleagues searched through published literature to examine the effects of whole-body cryotherapy after exercise, the results weren’t promising.

They looked at 29 papers, but found only four met their standards for reliability; many of the papers didn’t even include control groups. And those four studies — the best they could find — still had problems: there were just 64 participants in total, only four of whom were female. Many of the studies didn’t even bother to look for negative side effects of cryotherapy. “What we found in the studies didn’t indicate if there were any adverse effects,” says Costello, “which is important to know.”

What the four studies did show is that cryotherapy may reduce muscle soreness for up to three days after strenuous exercise, but they all included the possibility that the treatment may actually make the soreness worse. Because of these complications, Costello says the issue needs to be revisited as more studies are done.

The shortage of reliable science makes it difficult to assess the claims cryotherapy salons make about the benefits of the treatment, but researchers do agree on what generally happens when a body is exposed to extremely cold temperatures. The experience triggers what’s called an emergency response. In naturally cold conditions, the body restricts blood flow to the extremities to retain warmth and nutrients in the body’s core. This is what leads to the numbness and lack of sensation in fingers and toes people often feel in cooler weather. In cryotherapy chambers, because the temperature drops so fast and affects the entire body at once, the response is more extreme. This abrupt rerouting of blood flow is the basis for salons’ claims that cryotherapy can decrease anxiety, improve skin health and speed recovery after surgery, but of the studies that salons list on their websites, many admit that the results are inconclusive or worse, they simply fail to address the claims the salons make. This is particularly true for the more attractive claims like increased sexual stamina that The Locker proposes: None of the studies on the company’s list support this claim at all.

There’s also general agreement that frostbite is the most likely risk. It’s entirely possible to develop frostbite in just a minute or two at the super-cold temperatures cryotherapy uses, says Gordon Geisbrecht, who studies hypothermia and cold stress at the University of Manitoba in Canada. That’s why customers get fresh gloves and socks to protect vulnerable extremities at The Locker and the chamber is kept dry because moisture in the air contributes heavily to frostbite. Dry air simply doesn’t wick heat away as quickly as wet air.

Hypothermia is less of a concern. “No one’s going to get hypothermia in that amount of time,” says Geisbrecht. Normal core body temperature is about 98.6 degrees. If the core drops below 95 degrees, mild hypothermia sets in. But spending only a few minutes in the cold, even in a chamber at minus 200 degrees, isn’t long enough for the body’s core to cool that much, especially since the body immediately diverts as much blood to the core as possible. Pawel Zalewski, a sports medicine researcher at Nicolaus Copernicus University in Torun, Poland, looked at how cryotherapy might affect core temperature and found there was a drop in temperature about forty minutes after the session, but he attributes that to cooler blood returning to the core after being in the body’s extremities. Even though one or two of the participants displayed core temperatures cool enough to be considered as very slight hypothermia, Zalewski says there’s little risk. “It’s safe,” he says. “We didn’t notice any side effects.”

Johnson of The Locker agrees that cryotherapy is safe, but he adds that the process should be done in a clinic like his where there’s supervision. He says a lot of elite athletes like soccer player Cristiano Ronaldo are now buying their own private chambers, which increases the risk of an accident. Costello remains cautious. The studies his team looked at have no consistency in temperature or duration. “It’s not standardized,” he says. “It seems to be whatever a particular salon does.”

Very interesting. Despite the fact that some say it may decrease anxiety, the thought of actually having a session makes me have a fear-of-death panic attack! Thank you for sharing this piece!

How do you have a “control group” when studying cryotherapy? You can’t give someone placebo cryotherapy because they are going to know if they are getting cold or not.

This article is not balanced because it omits informing the audience of the scientific studies which have shown remarkable biochemical changes that take place in the body in response to cryotherapy.

River, I have a suggestion. How about put a bunch of people in a really cold room (not quite cold enough) and just tell them it’s cryotherapy – there’s your control group. Then you take the results from both groups, compare them, and do some science things with the numbers.

Disclaimer: I’m no expert; the only cryo-anything I do is at the end of the titanic.