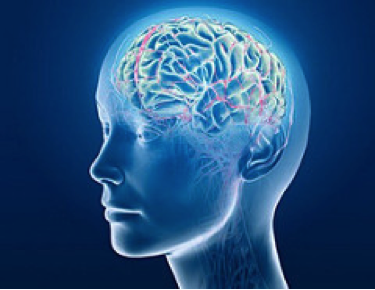 There’s no mystery to what’s driving America’s growing drug overdose problem: opioid painkillers. Whether in heroin or prescription Vicodin and OxyContin, opioids are responsible for more than 40 percent of the 47,055 fatal overdoses recorded in the U.S. in 2014.

But while almost everyone has heard about opioids, few of us understand how they work and why they are so frequently abused. In recent years, however, researchers have made remarkable progress in figuring out some of the complex biochemistry behind how opioids affect the brain.

Here are some questions and answers about the brain and opioids:

Q: What are opiods?

Q: Do we need opioids?

A: Yes, in small doses. Humans make their own opiate-like molecules, which do essential work in the brain and nervous system. These molecules attach to special receptors in the brain and send signals that block pain, slow breathing and generally calm the body down, especially during times of stress. The parts of the brain involved in this process are known collectively as the reward system, which controls an individual’s ability to experience pleasure.

Q: Why are synthetic opioids so popular?

A: Extreme pain or severe depression often cannot be soothed by natural opioids, which is why so many users turn to prescription pills or heroin to hack their bodies’ natural system of pain perception. These synthetic opioid drugs work by overwhelming the reward system, flooding it with a molecule called dopamine. Dopamine is a neurotransmitter, a chemical signal that passes information from one neuron to another. Overwhelming the reward circuit with drugs gives a person an intense feeling of excitement and reduces the perception of pain. So it’s no wonder that there are now an estimated 2.1 million opioid users in the U.S. and nearly 500,000 heroin users.

Q: Why do opioid users get addicted?

A: An opioid’s ability to bind to the brain’s pleasure receptors makes it extremely effective in managing pain. But it also makes it very prone to abuse because the opioids also attach to non-pleasure receptors in the brain and on the spinal cord. When they bind in these other spots, they eliminate the sensation of pain. Because of some of the same pathways, opioids also cause people to experience drowsiness, mental confusion and nausea. And because opioids impact the brain regions related to reward, some people experience euphoria. While it can take a while before heavy use leads to a physical dependence, psychological addiction can take place in under three days.

Q: Are all opioid users equally prone to addiction?

A: No. There are a number of factors contributing to why someone might be especially prone to opioid addiction. The more risk factors a person has, the more likely they are to develop an addiction. Genetics, for example, accounts for about half a person’s risk for addiction. The environment and social context in which a person is raised account for the rest of the risk. And if people don’t have access to educational tools on drug abuse and addiction, they may be more prone to making uninformed decisions about opioid alternatives and addiction-control methods.

Q: Why are young people at greater risk?

A: The stage of development in which a person begins to experiment with drugs plays an important role in their likelihood of becoming addicted. Adolescents are especially vulnerable, according to James J. Galligan, a pharmacologist and neuroscientist at Michigan State University. Because a teen’s reward pathways are still maturing when they begin using opioids, their brains may develop differently. Cognitive processes associated with planning and strategy may become almost completely focused on how to get pleasure by finding more drugs, instead of on more challenging routes to happiness, like studying for a test. Adolescents between 12 and 17 living in rural communities are 35 percent more likely to abuse prescription opioids than teens living elsewhere, according to the National Survey on Drug Use and Health.

Q: Is there anything we can do to help opioid addicts?

A: One increasingly popular treatment for overdose is Naloxone. The medicine can prevent brain damage and even death within just five minutes of being administered. Naloxone pushes opiates off brain receptors for 20 to 90 minutes, which is enough time for the victim to regain consciousness. Although the drug can prevent death by overdose, some argue that it is not helpful in fighting the epidemic and might actually be an incentive for abusers to continue their habit. Galligan acknowledges this. “A lot of people are afraid that will encourage further use,” he says, “but it is better to save the person and deal with the addiction later.”

Beating opiate addiction is difficult, but certainly possible. It requires treating the patient medically and mentally. When a person gets treatment for an addiction, they rely on their family and community for help. Drug replacement options like methadone and buprenorphine manage pain but are not as powerful or dangerous as opioids, making it easier to avoid the physical symptoms of withdrawal. Methadone is also much less addictive because it is not as likely to trigger euphoria. Buprenorphine works just like methadone except it produces an even lower feeling of euphoria.

But even after the physical symptoms of drug withdrawal ease, patients often still feel the powerful psychological desire to resume drug abuse, says Dr. Emily Jutkiewicz, a pharmacologist at the University of Michigan. “This is the most difficult part to treat. Even though people often don’t feel better when they’re taking the drug, the drive to take the drug is often uncontrollable,” she says. “Finding something to control the desire is the real difficult part of treatment – for addicts, for families, for practitioners.”

People who stop taking opioids, especially people who are addicted, often struggle to come off of their medicines. Some therapies are effective in preventing the opioids from binding to the receptor so the patient can no longer experience the sensation of getting high.  But patients also rely on family and friend support systems to overcome their addictions.

“In my opinion, our medical system and society in general needs to better-equipped to provide long-terms care, maintenance and interventions in order to truly help addicts and their families deal with this disease,” says Jutkiewicz.

I’ve been on many opioids. Went through a life of addiction and quit almost everything. Now the only thing I take is Suboxone (bupro) it is without a doubt the worst drug I’ve ever taken. The withdrawal can last up to 30days before your brain produces serotonin again by itself. It should have never been able to leave a medical office. It should have only been given by a Dr in a office for a short period of time. It makes your thoughts go crazy after a period of time and if your not strong minded you will think everyone is wrong about everything and anger issues rise. I think it is actually a program to mess with the minds of people