Sobbing along with the radio might have an evolutionary advantage 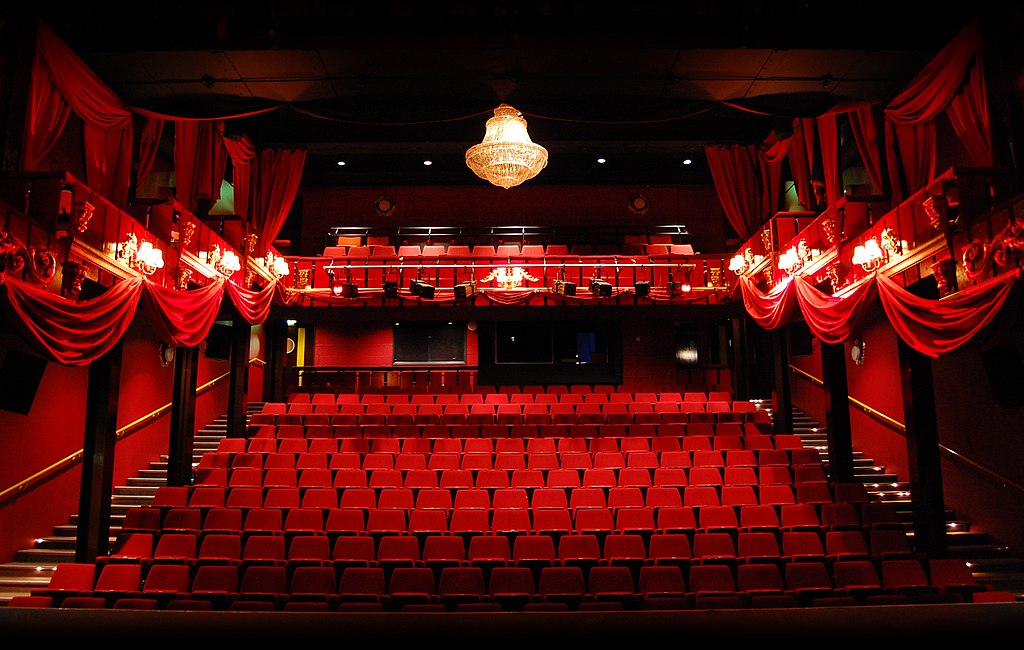 People gather in venues like the Maltings Theatre and Cinema in Northumberland, UK to experience theatre and music, but why do they bother going? [Credit: Maltingsberwick | CC3.0]

PODCAST: The harp doctor is in

Red velvet curtains drape over the windows and stage, absorbing light from the chandeliers. Neuroscientist Jaqueline Gottlieb stands in a concert hall at Columbia University. “Life without music is a mistake,” she says passionately. “But as a neuroscientist, music should not exist at all.”

The human brain is hardwired to feel pleasure for basic survival necessities, such as eating and sex, according to the Columbia University neuroscientist. Music, although obviously pleasurable, doesn’t offer the same evolutionary advantages. Wasting our time caring about music is a cognitive cost. So why do we belt music from the top of our lungs and sob when Adele says ‘hello’?

We still don’t know. The Presidential Scholars of Society and Neuroscience at Columbia University assembled a panel of expert scientists on October 19, 2017 to discuss the question, although they don’t all give the same answer.

“Music is about people,” says Elizabeth Tolbert, professor of musicology at Johns Hopkins University. Most of the panel nodded in agreement. “I believe the reason it evolved was to communicate. The whole idea is to connect with other people.”

Our evolutionary ability to hear music derived from the need to communicate, and the cognitive ability to recognize music is unique to our species, says psychologist Aniruddh Patel of Tufts University. Humans register different pitches because male and female voices exist in different pitches, and only we can recognize melodies regardless of pitch and predict musical patterns, says Patel. Not even birds can recognize a song at a different pitch, and apes can’t predict a melody. Human infants can do both at as early as six months old.

Experiencing an emotional connection to music, however, goes beyond our basic cognitive abilities. Musicologist Tolbert believes that instrumental music sounds like the human voice, and demonstrated this proposition by blasting melancholy, classical music and compared it to the melody of human sobs. We respond emotionally to music because we respond emotionally to people, Tolbert suggests — a necessity for group survival.

Ohio State University professor David Huron says that aggressive music can be pleasurable if you believe that you have been wronged and want a little vengeance, and sad music inspires tenderness or empathy. “We overlook the pleasures of righteous anger, compassion, and pity,” asserts Huron. “That’s why we like music.”

These emotions have evolutionary benefits, he continues. Inflicting punishment or garnering pity is meant to change the behavior of those around you in your favor, resulting in a better social position and an evolutionary burst of pleasure — even if you’re just living vicariously through the music. Belting out angry lyrics or sobbing in your car, then, makes you feel as if you’re climbing up the social ladder by manipulating those around you through song; it’s a neurological reward minus the confrontation one normally needs to get there.

Not everyone agreed with Huron’s point of view — and no one in the panel thought that we have a complete understanding neurological or cognitive understanding of music, either. “I think we are still in the very early stages,” says Patel, concluding the performance underneath the chandelier. “I don’t think we’re quite there yet in using neuroscience to explain musical meaning.”