Diesel fuel is costly and polluting, so communities are exploring other options Bernie Karl has grand plans for Unalaska, a harbor city in Alaska’s Aleutian Island chain, which trails off from the state’s southwest corner. He wants to help them build their own supply of clean energy.

In 2006, Karl drilled what is thought to be Alaska’s first geothermal power plant to power his hot springs resort in Fairbanks. Now, his company Chena Power — along with Ounalashka Corp., a for-profit corporation representing Unalaska’s Unangan native population — is planning to drill another geothermal well into an active volcano near Unalaska called Makushin. The project is meant to provide power for the city, which is home to the largest population in the Aleutian Islands.

The venture has support from many of the local residents. “We want green energy anyway, and we have a volcano!” says Chris Price, environmental director for the Qawalangin Tribe. “All those things add up to a potential really positive project for our community.”

Community leaders, government agencies and entrepreneurs like Karl are searching for a solution to oil-rich Alaska’s unique energy problems. The nation’s largest state has one of the smallest populations, which is especially sparse in remote regions outside of the so-called Railbelt, a section of south-central Alaska that includes the cities of Anchorage and Fairbanks.

Unlike most of the lower 48 states, Alaska isn’t connected to large interstate energy grids, so many remote communities import expensive diesel fuel to provide power. Costs aside, the practice also raises environmental concerns, since diesel smoke is a source of local air pollution and contributes to global warming. Some are ready for a change.

“Can you imagine running an entire community with no smokestacks?” Karl says. The switch to renewables, while tough logistically, may be a chance to fight pollution while reducing costs for remote Alaskans and making them energy-independent.

For Alaskans in remote regions, lower energy costs are a top priority. “Folks at the extreme are paying about a dollar per kilowatt-hour, which is like 10 times what you’d find in the continental U.S.,” says Jeremy Kasper, deputy director of research at the Alaska Center for Energy and Power at the University of Alaska Fairbanks. The national average is 13 cents per kilowatt-hour. Unalaska pays 42 cents per kilowatt-hour, according to the latest report from the Alaska Energy Authority, a state corporation tasked with reducing energy costs for Alaskans. These costs are partly offset for residents by subsidies through the energy authority’s Power Cost Equalization Program.

Fossil fuels lie at the root of the cost problem. Oil and gas have been among the state’s main exports for decades, and Alaska residents receive a government stipend every year based on royalties from oil sales. But petroleum products are also one of the state’s top imports. When Alaska’s oil refineries can’t handle local demand, they have to bring in diesel from refineries in other states.

The state’s rural communities rely almost entirely on diesel, and the shipping gets expensive, especially over water to places like the Aleutian Islands. Diesel’s high cost is one reason why Alaskans have been among the early adopters of renewable energy in the U.S., says Kasper. 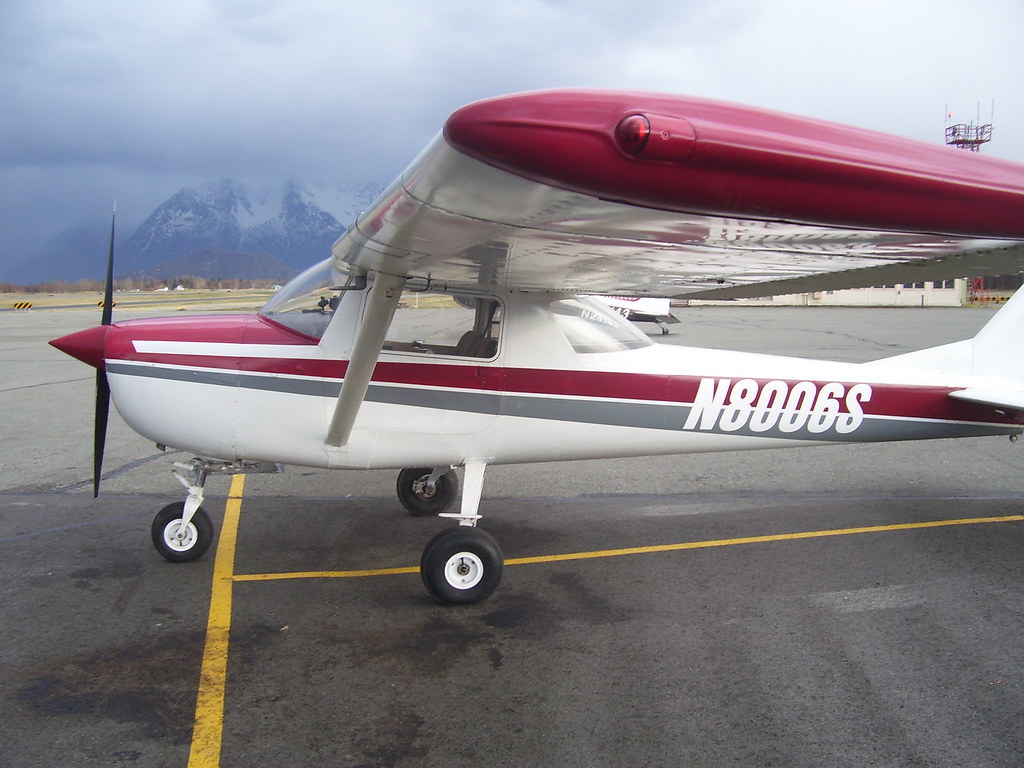 Communities in the Aleutian Islands and some other remote regions of Alaska need to ship in diesel fuel by plane or boat. [Credit: Travis S., Creative Commons | CC BY-NC 2.0]

But cost isn’t the only reason Alaskans are searching for alternatives to fossil fuels. “In Alaska, and I would say this is probably true across the north, there’s a commitment to a long-term sustainability,” says George Roe, director of the Arctic Energy Office, a hub for the U.S. Department of Energy in Alaska. Roe notes that he is speaking in a personal capacity.

For people and the environment, diesel isn’t the sustainable option. The exhaust from smokestacks is a source of air pollution, containing harmful components like nitrogen oxides and small particles, often called soot. These particles contain substances like formaldehyde that cause cancer, and breathing soot can cause lung damage to people living nearby. Burning diesel and other fossil fuels also emits carbon dioxide, which is the main driver of global warming.

To meet these challenges, Alaskan leaders are looking for cleaner energy solutions tailored to meet their communities’ needs. This sometimes involves sharing ideas through organizations like the Arctic Remote Energy Networks Academy, a group created out of the University of Alaska Fairbanks in 2017 by partners including the U.S., Canada, Iceland and Gwich’in Council International, a non-profit representing 9,000 Indigenous people.

Many of these communities rely on microgrids, which are small and self-contained, unconnected to any large, statewide grid. The Aleutian Pribilof Islands Association, the federally recognized tribal organization of the Aleutian Islands, has been searching for cheaper ways to power their microgrids for years. In 2005, they recruited Bruce Wright, an ecologist and energy enthusiast who previously worked for the National Oceanic and Atmospheric Administration, to lead the search.

Wright conducted studies of wind and tidal energy in several spots around the islands, with funding from the U.S. Department of Energy. The results were promising. At conferences, he would tell audiences, “The energy that’s out here could power the whole country.”

In one study, Wright assessed the potential for tidal energy for the city of False Pass, located on the east coast of Unimak, the first island in the Aleutian chain. Tidal energy rigs capture the motion of seawater when the tide changes — as the water rushes past, it turns a propeller which generates an electric current. Wright found that Isanotski Strait, a stretch of water between Unimak Island and the Alaskan mainland, had an especially dependable tide, making it a good fit as a local energy source.

But practicalities can get in the way of any switch to renewables. Wright completed his feasibility study in 2013, but the turbines aren’t ready yet. One challenge is that the cyclical rise-and-fall nature of the tides makes tidal energy difficult to integrate into a system designed for the steady output of fossil fuels. Ocean Renewable Power Company, which is spearheading the project, is currently looking for the best way to store the energy so residents can have power during the gap between tides, according to Merrick Jackinsky, director of development for Alaska. They hope to install the turbines in 2023.

Jeremy Kasper of the Alaska Center for Energy and Power has studied tidal energy for eight years. He says it’s unlikely to become cost-competitive with wind and solar energies , but it might be put to good use as a “baseload” power source, providing a backup for other renewable energy sources.

Geothermal energy isn’t a sure bet, either. The Alaska Energy Authority studied the potential for geothermal in Unalaska in the 1980s and concluded it wasn’t economical, according to director Curtis Thayer. Connie Fredenberg, a utility advisor who has collaborated with Aleutian native groups on various renewables projects, says a plan for geothermal on the island of Akutan has been bogged down for over 10 years. Developers like Bernie Karl have come and gone before, and while she hopes the geothermal well in Unalaska pans out, she’s not optimistic yet. “I’ve just been thrown against the wall so many times with things not working out.”

In 2007, Fredenberg coordinated the installation of a wind turbine in Nikolski, a tiny village of about 20 people located roughly 900 miles from Anchorage. But now that the turbine is in place, it has hardly been used.

The wind isn’t always blowing, which presents a problem for communities that need a reliable source of power. To fill the gap, Nikolski needed to combine the off-and-on power generated by the wind turbine with the existing diesel generators, using any excess energy for heating. But getting the two systems to work together proved to be a challenge.

With a grant from the Alaska Energy Authority, the village brought in an outside contractor to make the connection. But it didn’t work, and the turbine overpowered the diesel generators, says Fredenberg. The contractor, Controlled Power, Inc. — who had set up the power controls for the original diesel plant — maintains that they did successfully connect the two systems, including an upgrade to the controls in 2017. In any case, the community was not able to secure the money to try again, and the turbine isn’t running more than a decade after it was installed, according to Fredenberg. “Nikolski is such a small community the costs just don’t pencil out for most granting agencies,” she writes in an email. 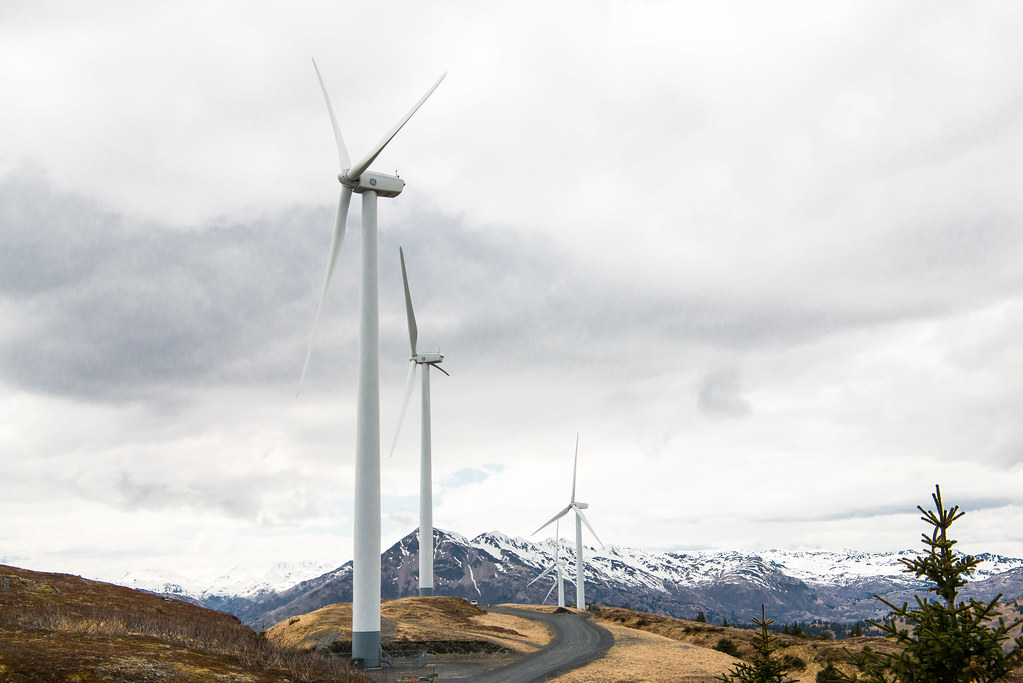 Rural Alaska’s remoteness and difficult terrain present another obstacle for installing renewable technology.  The Nikolski wind turbine was expensive and tough to install, says Bruce Wright. Far from the mainland, the installation team wasn’t able to bring in a crane to lift the turbine into place, so they had to jury-rig their own solution — levering it onto its feet with a hydraulic winch.

Other remote communities around the country have run into some of the same logistical problems that make it challenging to switch over to renewable energy. For example, transporting turbines over rough terrain has also been an obstacle for wind power projects in the Virgin Islands. And the hurricanes don’t help.

But some federal assistance might be on the way. Last October, the U.S. Department of Energy announced a new program that will provide expert support and other resources to help remote communities transition to more secure and sustainable energy. The initiative also aims to better prepare these communities for disasters.

Alaska has already seen some success stories in the transition to renewable energy. Kodiak — a large island on the state’s southern coast — has been able to power itself since 2014 at “almost 100% renewable” energy using wind and hydro turbines, according to Curtis Thayer of the Alaska Energy Authority.

Chris Price, of the Qawalangin tribe, hopes Unalaska will be able to accomplish something similar to Kodiak. Renewable power, he says, could expand their energy capacity beyond the limits of diesel and make it possible for new industries to take root on the island. Unalaska’s fishing port, Dutch Harbor, is the most productive in the United States, and the island’s economy is largely based on processing and selling seafood.

The Makushin geothermal project isn’t a reality yet, and it has a long way to go, but Price is rooting for Bernie Karl, who envisions that Unalaska will be “smokestack free by 2023.”

“I just hope people will understand that this could be a game-changer for us,” says Price.

An earlier version of this article referred to Kodiak’s hydro turbines as “freshwater turbines.” This has been corrected.