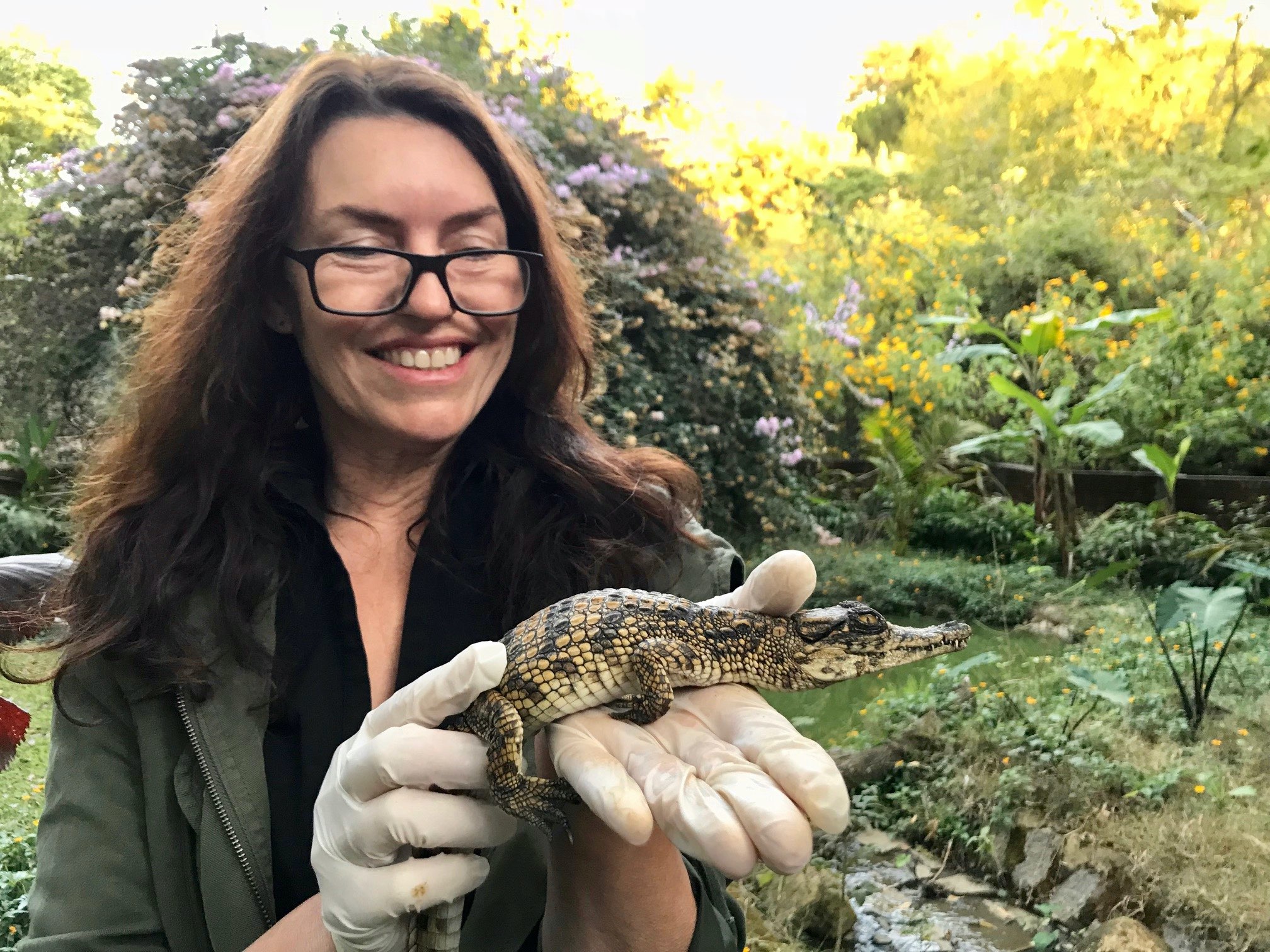 The smell of rotten crocodile flesh signaled a scientific breakthrough for Evon Hekkala, but at first, she didn’t know it.

In 2001 one of her professors suggested she take a look at a sample he had recently brought back from the Central African nation of Chad. Opening the vial she found tissue “so rancid, it was bubbling. Just this rotten piece of crocodile,” she recalls.

Like any well-trained scientist, she forged ahead. She sampled where she could and analyzed the crocodile’s DNA, the unique genetic code each living thing carries. What she found surprised her: the DNA didn’t match any known crocodile species.

“I was like, ‘Oh, I’m just a dumb graduate student, I must be doing something wrong.’ And I didn’t want to tell my advisors,” Hekkala says.

After sequencing the stinky tissue 15 more times and diligently comparing it against all known crocodiles, Hekkala felt confident in her findings. She went to her advisors and gave them the news: she had discovered, or more accurately, rediscovered, a species that had been overlooked by current science. Thanks to her work, the West African crocodile, or Crocodylus suchus, is now recognized by biologists as a slightly smaller and calmer – but still fierce-looking – relative of the better-known Nile crocodile, or Crocodylus niloticus. This previously unrecognized crocodile can be found through West and Central Africa, but has disappeared from its former habitat along the Nile River in Egypt, where Nile crocodiles remain. While biologists aren’t entirely sure what made the West African crocodile go extinct along the Nile, they suspect changes in the climate and human impacts on the river played a role. 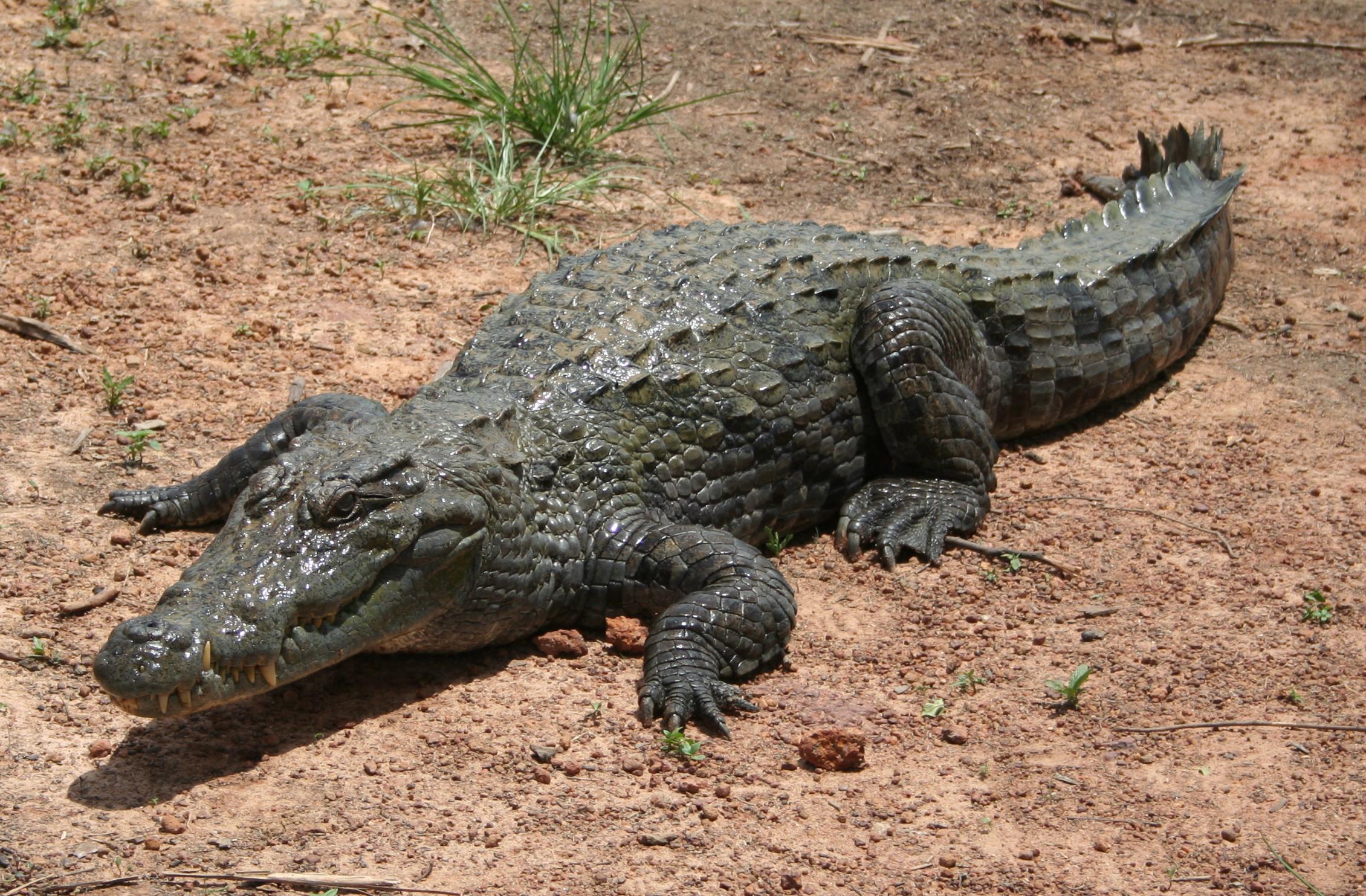 Today Evon Hekkala is a scientist at the forefront of wildlife evolution research analyzing ancient DNA. Since her initial discovery of the crocodile in Chad, she’s learned more about the species’ past by sampling mummified remains from Egypt. Egyptians often mummified crocodiles and other animals as religious offerings, while humans were mummified to aid their transition to the afterlife. In the fourth century, millions of animal mummies were produced as offerings, with farms created to keep up with the period’s animal mummy craze, according to recent research. Hekkala thought extracting DNA from one of these crocodile mummies might be able to tell her more about the newly rediscovered West African crocodile – and it ultimately did.

At the start of her career, research with ancient DNA was expensive and difficult, practically impossible to undertake at a large scale. But with the same fortitude with which she examined that first rotting crocodile tissue, Hekkala found a path in this new frontier, mastering new technologies and techniques as they became available. She now runs the Hekkala Lab at Fordham University and works in museum collections around the world, studying reptiles throughout history.

Before getting her start in studying the evolution of ancient reptiles, Hekkala studied art and graphic design as an undergraduate. But during college she says she lost her passion for creating and looked around for a field that spoke to her more. “I took a course in the history of evolutionary theory and I loved it, and I became sort of obsessed with how evolution could bring to light the stories of our own past,” she says.

She decided to major in anthropology and eventually switched to non-human research subjects, earning her Ph.D. at Columbia University. She planned to study the behavior of a matriarchal lemur species, but upon traveling to Madagascar learned the population had declined too much for her to carry out the project. This took her back to New York City, and back to the lab where she first sequenced the stinky crocodile.

Her anthropology background came in handy once she realized the crocodile didn’t match known species. She immediately started searching for any hint of an unrecognized crocodile in library archives of naturalists’ notes from northern Africa. As Europeans colonized many parts of the continent they recorded information about its ecosystems. Hekkala says it’s vital to recognize that much of this recorded knowledge came from local communities, which is “frequently just as comprehensive as the data we collect using our modern techniques.”

She learned that Egyptians told a French naturalist about two distinct species of African crocodile in the Nile River during a military expedition led by Napoleon from 1798 to 1801. Herodotus, a classical Greek historian, also recorded reports of two species of crocodiles in the 400s B.C. Today only one species remains in Egypt, the Nile crocodile, but people in Egypt were aware of a second, less aggressive species, which the naturalist named Crocodylus suchus in 1807. The species was nearly forgotten by Western science, however, until Hekkala hypothesized that her rotting sample from Chad was actually a Crocodylus suchus. What she found in the archives bolstered her genetic findings, and now the West African crocodile, also known as the sacred crocodile, is widely recognized as a distinct species.

Crocodiles, including Chrocodylus suchus, earned sacred status in ancient Egypt thanks to a god called Sobek, who was manifested as a crocodile, says Salima Ikram, a professor of Egyptology at the American University in Cairo, who has collaborated with Hekkala. “The cult of Sobek was a very active one, and ultimately it resulted in crocodile mummies,” Ikram says. Smaller mummies were produced as an offering to the god. Later generations of worshipers venerated individual crocodiles as manifestations of Sobek, Ikram explains. They kept chosen crocodiles in temples and mummified them after their deaths.

Hekkala turned to those mummies to confirm that the West African crocodile once lived in the Nile River, nearly a decade after her initial finding of the species’ DNA. In that time ancient DNA sampling had become more feasible, and she was able to take a piece of a crocodile mummy “a third of the size of a grain of rice” and sample its DNA. The DNA came from hatchling mummies found in Egyptian tombs. The DNA was a match, confirming that West African crocodiles had been present in Egypt and gone extinct there, but were still found in other countries from Uganda to Senegal.

“It’s an incredible rediscovery,” says Ikram. She explains that ancient Egyptians might have distinguished the tamer West African crocodiles and aggressive Nile crocodiles, but that the knowledge had been lost in the present day.

The field of ancient DNA isn’t without controversy. All preserved remains of animals can be contaminated by the DNA of bacteria and microorganisms, the touch of human curators and collectors, and contact with other ancient specimens. Extracting only the specimen’s original DNA is a difficult process, and some scientists question whether all ancient DNA studies successfully extract it.

However, one expert says contamination is less of an issue with specimens that are only a few thousand years old, instead of millions. “Mummification is a pretty good source for DNA preservation,” says science historian Elizabeth Jones, who recently wrote a book on ancient DNA research.

Hekkala explains that she always includes several checks in her research to make sure she’s getting the real crocodile DNA. She works in the American Museum of Natural History’s ancient DNA room, which is completely isolated from the rest of the museum.

“You’re dressed like somebody going into a CDC lab: Tyvek suits, sleeves, and hairnets and masks,” she says. After taking a tiny sample from a bone or a tooth, the scientists use a filter to remove everything except DNA. They then use “baits” from closely related modern crocodiles that will only stick to other crocodile DNA and wash away any contaminating DNA from bacteria or humans. Researchers at a separate lab repeat the process, and the DNA is compared to make sure only the crocodile was sampled.

Evon Hekkala has never seen a West African crocodile in the wild, but a year ago she got to see a special one in person. While browsing a collection database she saw the crocodile she first studied listed as a full specimen, not as a test tube of rotting tissue. She contacted the curator at the American Museum of Natural History to ask if the listing was a mistake, and learned that the entire crocodile was kept in a room of specimens from Chad, instead of being stored with the other crocodiles. Finally, she was able to meet the crocodile that forged her career in an unexpected place: the archives of the same institution where she works.

“It was there the whole time and had big chunks of tissue on it that I could have at any time gotten DNA from!” she says. She’s now gone back and resampled from the original crocodile, finding the same distinct West African crocodile DNA.

Hekkala honors the fact that without the naturalists and collectors who came hundreds of years before her, this work wouldn’t be possible, even though they could never have conceived of ancient DNA sampling.

She appreciates the philosophy of Joseph Grinnell, an early naturalist, who said that the greatest value of a museum collection would not “be realized until the lapse of many years…that the student of the future will have access to the original record.”

Hekkala sees herself as both the student Grinnell spoke of and the caretaker for the students to come. She tries to minimize damage to the specimens she works with, not knowing what purpose they could someday have.

“When we think about the collections today, they’re speaking to the future from the past,” she says. “They arc across us.”

I found this article to be a tribute to new technology, and ancient, classical times. It is also fascinating, in times like these to see how when a species disappears, it can reappear eons later elsewhere. I think Hekkala shows extraordinary perseverance and showcases the need for preservation of the old and what we have today. Nice work, Tatum.