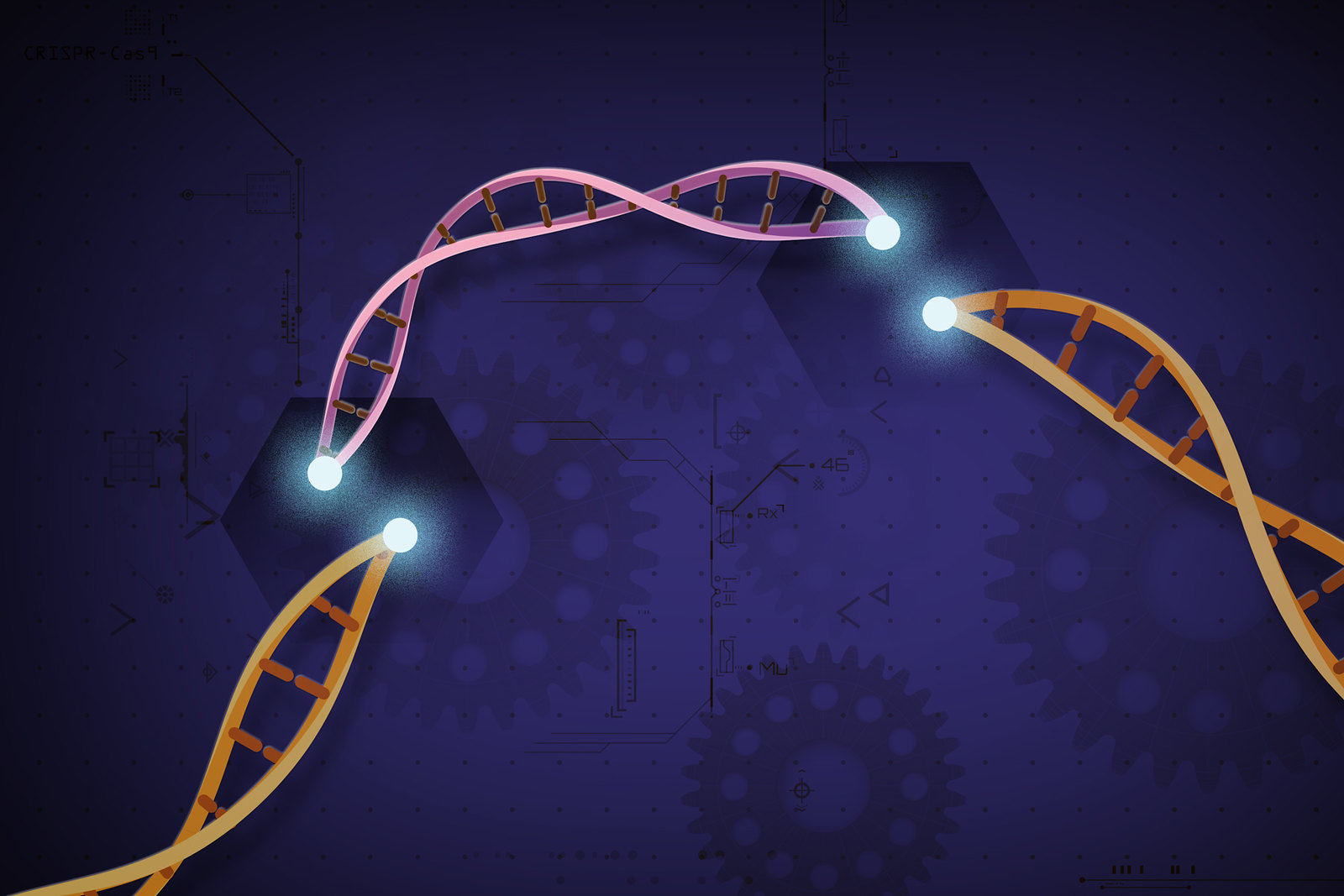 From the outside, it must have looked like a dull experiment: a scientist hunched over a plastic dish in a pitch-black room. The door is closed to block out light from the hallway. In the dish, invisible to the human eye, lie thousands of human cells. The scientist flips a switch. A blue light flickers on, illuminating the cells. It looks, quite frankly, like nothing has happened. But inside of each cell, a remarkable change transpires: their genomes have been cut by a light-controlled DNA editor.

Scientists have known, since at least 2008, that some bacteria in the wild carry around a protein called Cas9 that can cut DNA. Cas9 does this by latching on to a guide RNA and then scanning the genome. When the guide RNA finds a complementary sequence of DNA, Cas9 cleaves like a guillotine, splitting the DNA in two.

In 2011, scientists at Vilnius University in Lithuania took this natural DNA cutter, brought it to the lab and used it to cut DNA in an organism that doesn’t naturally have Cas9. By 2013, Cas9 — which, together with a guide RNA, makes up the DNA-editing tool known as CRISPR — was being used to cut DNA in human cells.

Early success was met with immediate challenge: CRISPR is on all the time. It cuts and cuts, chopping up DNA until Cas9 is destroyed and recycled by the cell (which takes about 11 hours, according to one study). And the guide RNA doesn’t always pair up with DNA perfectly; sometimes it binds to a piece of DNA that looks similar and makes a cut there, too. This can hurt the cell, damaging important parts of the genome. For these reasons, Cas9 causes most cells to grow slowly; it is toxic.

These CRISPR side effects inspired a team of researchers at the University of Tokyo to develop an improved DNA cutter in 2015. They made their light-controlled CRISPR system after reading a paper about bread mold — Neurospora crassa — that carries around a protein that can sense blue light. When this protein is struck with light that is just the right color, it jerks to attention, floats through the cell, and when it finds a matching protein partner, the two fuse together. N. crassa uses these protein duets to switch on cellular processes in bright sunlight. To the Tokyo team, it offered something greater.

The researchers split up the Cas9 protein into two halves, attaching the fungal “key” protein to one half, and the “lock” protein to the other. When blue light hits the proteins, they change form, strike a pose and join together. The split Cas9 protein is now whole and can cut DNA. The protein can still cut in the wrong places, but now, as soon as the light peters out, the key exits its lock, the CRISPR protein falls apart and activity ceases. Accidental damage is minimized. The torn DNA heals, leaving behind a mutation as a scar.

Light-controlled CRISPR is now used in laboratories around the world. Researchers have used it to study genes involved in sleep and to manipulate the metabolism of organisms using light. Instead of cutting DNA continually, these molecular scissors can be turned on and off with ease. The Tokyo team’s experiments were biological engineering on the tiniest of scales. And it all started in a pitch-black room, with a little blue light.