How come my sleep cycle gets so out of wack? 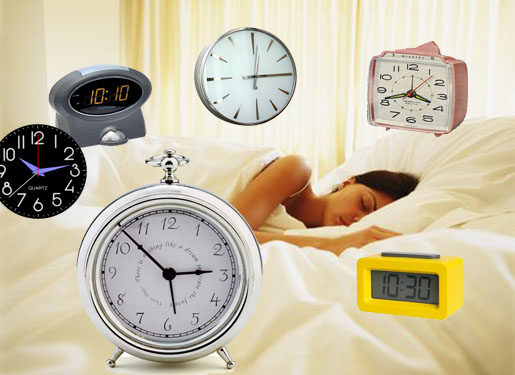 I was born a night owl. My ma says I didn’t even sleep as an infant. I have grown envious of normal people, those who can exercise before going to work and enjoy brunching on weekends before three-thirty in the afternoon. My nocturnal tendencies have worsened throughout my young adulthood, and to this day I continually fight to get to sleep before 4 A.M. and, much more unpleasantly, to drag myself from slumber before noon.

Apparently, I have several unfortunate habits that exacerbate my late-night wakefulness, or ‘delayed phase sleep syndrome’. Caffeine and alcohol consumption significantly distort a person’s natural sleep cycle, which generally shuts their eyes about 11 P.M. and wakes them up about 8 A.M. Although most of us think caffeine works on our systems quickly and then leaves us with a horrible crash three hours after imbibing, half of the chemical you consume remains in the body six hours after drinking. So, that Diet Coke you had at sixteen-hundred hours may be making it significantly harder for you to fall asleep. And while alcohol, as opposed to soda, may make the falling asleep part easier, it makes staying asleep much more difficult. It disrupts the second half of the sleep cycle, which makes for less restful more disruptive sleep, though the physiology of what happens to cause this is still being investigated.

Other lifestyle factors have big impacts on the body’s natural 24-hour clock, or circadian rhythm, as well. The advent of electricity both gives us an excuse to stay up later than one naturally would and exposes us to artificial light, which sends the body’s sleep rhythms off kilter.

Circadian rhythms are, in part, regulated by amounts of light. The amount of light in our environment is picked up naturally by our eyes. This information is then sent to the suprachiasmatic nucleus (SCN), a small structure in the center of the brain located where our optic nerves cross. The SCN then sends information to our pineal gland, a pea sized organ located between the hemispheres of the brain. This gland makes melatonin, a hormone integral to maintaining a normal sleep cycle; how much is released depends on the light exposure. The amount of melatonin in the bloodstream indirectly provides every cell in our body with information about the amount of light in our environment, which causes them to adjust their actions accordingly. The end result of this physiological change is sleepiness. Staying up late under an intense reading light changes the melatonin production pathway and timing, and, consequently, your ability to sleep on a regular cycle.

Research provides us with a few ways to fix faulty sleep systems. If you’d like to advance your sleep cycle, a.k.a. fall asleep earlier, scientists find that taking melatonin (you can get it at the drug store) about five hours before you would like to sleep will help. This can be a useful trick for adjusting to different time zones when traveling. Exposing yourself to bright light for one-and-a-half to two hours after you peel yourself out of bed can push up your bedtime because you are exposed to more light earlier in your day. Combination therapy with afternoon melatonin and morning light seems to work best. Others suggest a late afternoon exercise session will garner you some coveted Zzzs.

But even established night owls will see themselves transforming into morning people with age. Older folk’s circadian cycles advance, making them early to bed and early to rise – though they often suffer from poor quality of sleep, such as waking-up often during the night. At this rate, I’m looking forward to finding a happy medium somewhere in my late 40s.

Well written explanation. I completely agree with you in relation to the electricity factor, please visit http://wenatex.com.au/sex_city_sleep_habits_depression_science.asp. What do you think?

I would like to know if any studies in relation to the amount of ” modern” brain stimulation e.g. TV. billboards, telephones and sleep disturbances have been performed.

Thank you for keeping me posted
Dr. J. Semo

Thanks for the information.I love to read about how an external force{s}(earth, people,moon cycles, orbit of adjacent planets, light radiation, stress, among other things)directly influence us in our every day life. I also would like to see some results on the “modern” brain as Dr. Semo had pointed out. That wouldn’t be such a bad idea and share them with our youth to help sync our self’s better with our natural circadian cycles. I just don’t understand why self harmonization isn’t a primary study in schools.

I was born totally blind and wear artificial eyes. I sometimes sleep badly at night and wake up often and then in the mornings I want to fall asleep as soon as I sit down in the office. Could this have anything to do with the fact that I was born blind and have artificial eyes – seeing that light perceptions seems to influence sleep?

The people who have humongous quantities of money on this planet, PUSH FOR controlling agendas of the majority of Earth’s populous. For this reason, the inconveniences that cause sleep disruption are allowed, electromagnetic frequencies disrupt the human bio-electric system aka the nervous system. For more information on the world elite’s money investments research INFOWARS on any search engine. -Conscious

This is why I work 2nd shift, and I couldn’t be happier.