These movies won’t help. Scienceline presents a roundup of the best (and worst) nuclear horror flicks 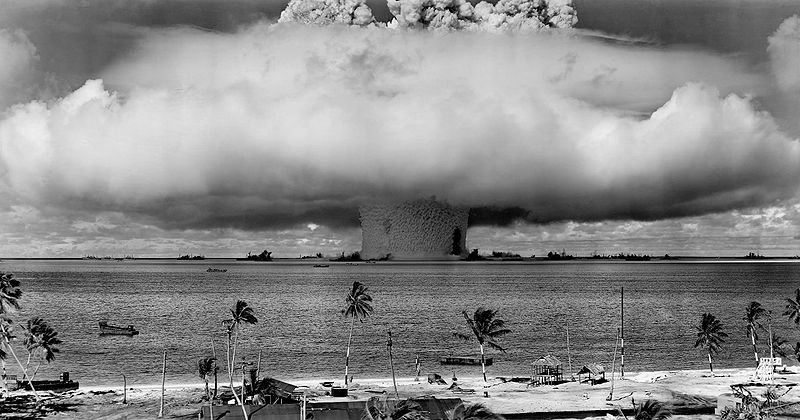 To most people this image represents death. To a horror movie producer it represents the birth of a new franchise.

Halloween is a time for candy, trick-or-treating, and hyperbolic stories of nuclear radiation-caused mutations. Surprised about that last one? You probably shouldn’t be.

Ever since the nuclear bomb sparked the imaginations and scared the bejesus out of people all over the world, people who make horror movies have been exploiting that fear.

Rumors of strangely mutated animals crawling out of the fall out after nuclear tests became fodder for horror movies ever since movies like Attack of the 50 Foot Tall Woman came out in the 1950s. But instead of just stopping there, producers and directors took the idea of irradiated animals to a whole new height, literally.

They managed to make lizards and ants huge and terrifying while explaining it away with the convenient “radiation made me do it” excuse. Although these movies are fantastical and definitely lacking in the “scientific evidence” department, they have still managed to instill the fear that if radiation is released, it will turn your dog into a 20-foot tall man-eating monster.

Sure, radiation causes mutations but usually those mutations cause cancer or it just flat-out kills whatever unlucky creature happens to come into contact with it. The much less exciting reality is that gene interaction is an incredibly complex process that when tinkered with doesn’t usually give anyone super powers. That being said, I won’t kill the magic too much.

On Halloween, I present to you, my top three nuclear-related horror flicks guaranteed to freak you out and make you laugh all at the same time. 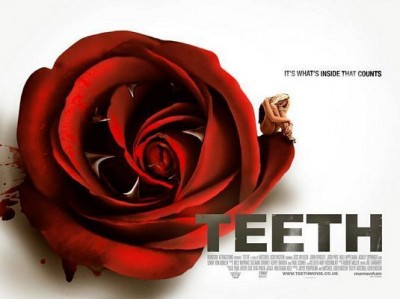 For those that haven’t been terrified by this movie before, I’ll give you a quick recap. Basically, the film follows a teenage girl that has vagina dentata. That’s pretty much all you need to know. This isn’t the most obvious choice, I will admit. However, upon closer examination, it becomes obvious that the creators of this freak show make a subtle decision to show establishing shots of an ominously placed nuclear power plant leaking smoke. The truth of the matter is that vagina dentata is real (do not watch if squeamish), but it certainly isn’t as extreme as this movie would have you believe and it definitely isn’t caused by nuclear radiation.

Needless to say, this is not an ideal movie for date night. 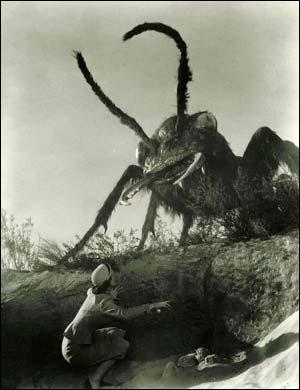 Giant, terrifying ants from the 1950s. Is there really anything else I need to say? 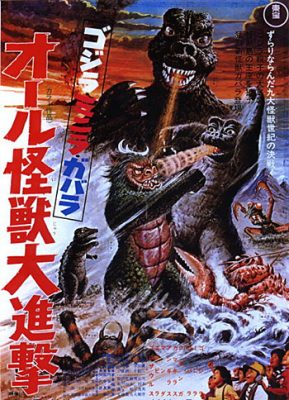 Now, this one is a classic. In fact, some would argue that Godzilla is where the entire nuclear genre began. Basically, a giant lizard pops out of the ocean in Japan, wreaks havoc, and a whole host of racist stereotypes are born. Plus, this movie eventually spawns one somewhat more scientifically sound, yet horrifyingly bad remake with Matthew Broderick. With yet another remake being released next year, Godzilla isn’t going anywhere anytime soon.

In the end, the creators of these horror movies don’t want anyone to take them too seriously, and that’s what makes them great. You get a little dose of bad science and a huge helping of entertainment, a perfect combination for a viewing party while you’re waiting for kids to come begging for candy tonight.