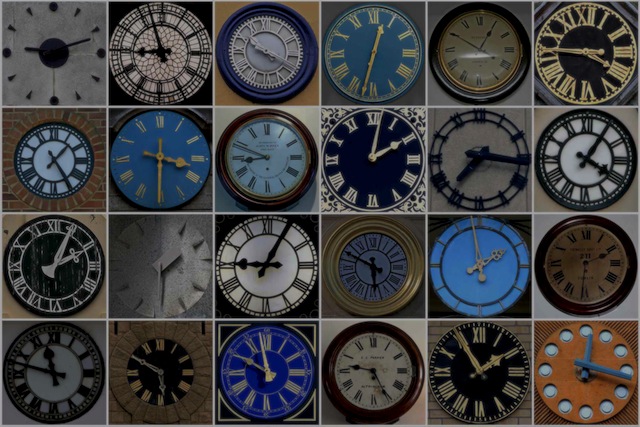 Scientists have figured out how our daily clock controls our metabolism [Image credit: Leo Reynolds via Flickr]

The chronology of chronobiology, courtesy of hamsters

We all know it’s important to get a good night’s rest, but a new study suggests that getting enough z’s is crucial even for burning calories. By looking at how our body’s internal clock manages our metabolism, researchers say we have taken a step toward developing a drug that could help people with sleep issues.

Nearly 42 million Americans suffer from chronic sleeping disturbances, which can lead to overeating and higher risks of cardiovascular disease and diabetes than those who regularly get a full night’s rest. Disruptions in our daily biological cycle, otherwise known as our circadian clock, may even increase the risk of cancer.

Our circadian cycle controls not only when we get tired and when we wake up, but also how we burn energy. During the day, our fuel comes from food, and when we’re asleep, our body dips into reserves of stored fat. Previous studies have shown that circadian clock genes work during the day, but little is known about how they regulate our fasting metabolism at night.

A study published online in Science last month reveals how circadian rhythm genes regulate metabolism when we’re not eating – by rhythmically controlling the supply of one specific molecule. Nicotinamide adenine dinucleotide, otherwise known as NAD+, has many roles in metabolism, one of which is activating a protein called sirtuin 3. In turn, sirtuin 3 changes the structure of proteins in mitochondria, the cells’ batteries, and initiates the breakdown of stored fat for energy. This process is known as fatty acid oxidation.

To monitor this process, researchers measured clock gene expression, fatty acid oxidation and NAD+ levels in mice livers every four hours. They discovered that all three levels rose and fell together on the same 24-hour cycle. Genetically engineered mice with knocked out clock genes had lower levels of NAD+ and were less efficient at breaking down fat.  After an injection of a precursor molecule that metabolized to NAD+ in the cells, mouse metabolism was restored.

This study shows that the clock genes “operate as a master switch inside the cell,” telling the cell when to prepare for fasting periods, says co-author Joseph Bass, an endocrinologist at Northwestern University in Evanston, Ill. Which means that supplementing NAD+ could help lower risks associated with disrupted circadian rhythms.

Mitchell Lazar, a metabolism researcher at the University of Pennsylvania in Philadelphia not involved with the study, agrees that this research further illuminates how the circadian clock and energy metabolism affect each other. He also says that these findings fit in with current research on the circadian rhythm.

Bass says he now plans to investigate how the circadian rhythm affects the development and metabolism of cancer cells. He also wants to study how exercise affects metabolism and the circadian clock.

Knowing the specific components of this complicated relationship could help develop a drug to help people with chronically disrupted circadian rhythms, says Lazar.  “Drug companies could come up with mimics of what NAD+ is doing to drive this energetic process,” he says.

Until then, we’ll have to depend on good old-fashioned sleep.