The FTC vs. AT&T lawsuit is just the beginning of the war over mobile data law 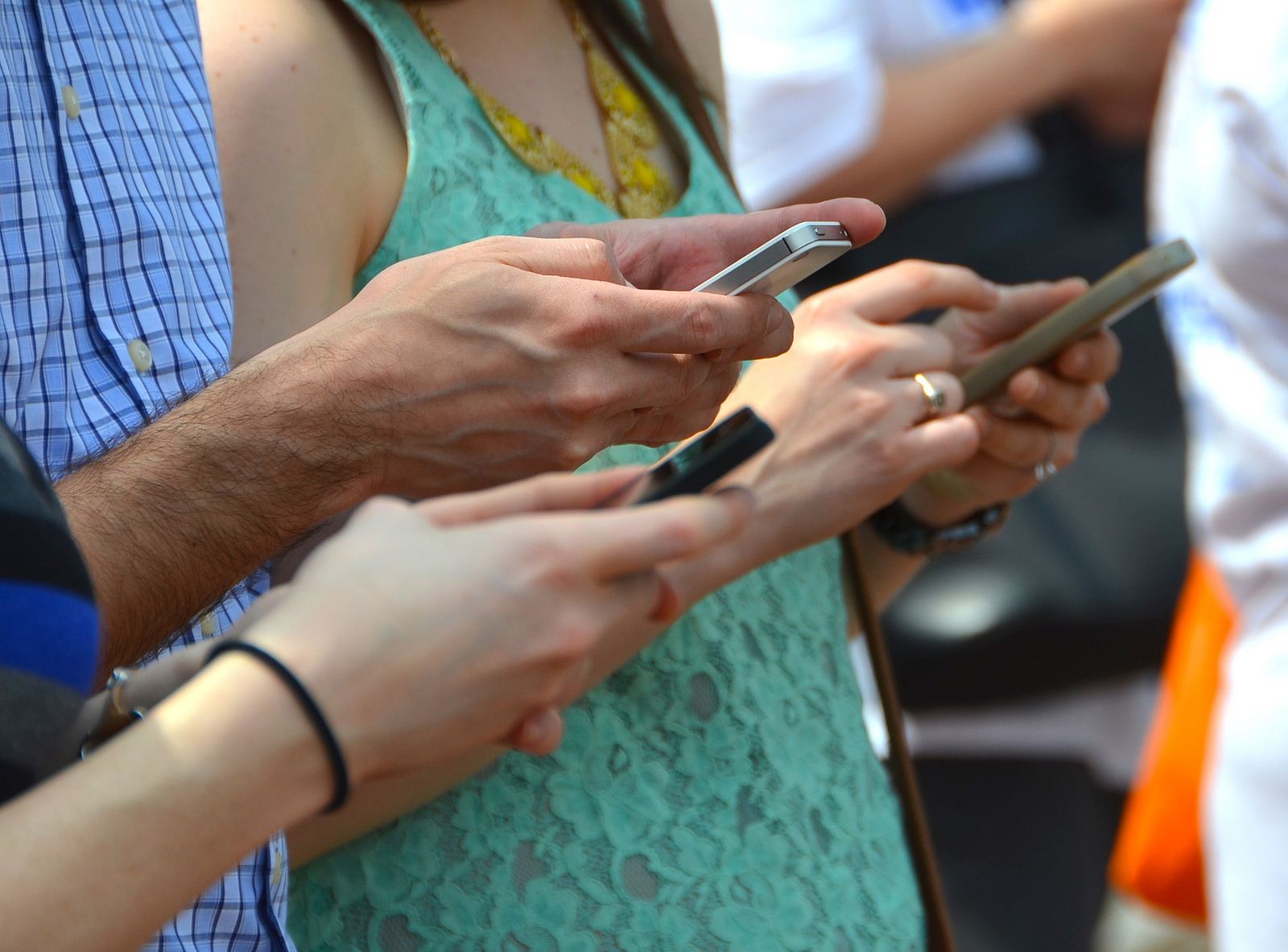 Is it just network congestion, or is your data being throttled? [Image credit: Flickr User Adam Fagen]

It was one of those text messages that claimed to be a polite warning, but Jessica Zollman thought it sounded fishy: “Your data use this month places you in the top 5 percent of users. Use Wi-Fi to help avoid reduced speeds,” the 2011 alert from AT&T stated.

“It sounded like a weird note from a high school friend that was bitter with me,” Zollman recalled.

She had already noticed that her phone’s data connection would crash more often by the end of each month. Zollman’s emails failed to send, navigation applications crashed before giving directions and images wouldn’t load on Instagram or Facebook. This made it difficult for Zollman to do her job as community manager at Instagram, where she scrolled through thousands of photos a day for inappropriate images.

As it turned out, Zollman was right to be suspicious. The innocently-worded text was actually an indication that her cellphone provider had pinpointed her as a heavy data user and was now “throttling” her internet speeds. AT&T was unilaterally capping the amount of data sent to her iPhone, even though Zollman was paying for unlimited texting and data.

Three years later, Zollman and about 3.5 million other throttled AT&T customers are a step closer to getting retribution. In October 2014, the U.S. Federal Trade Commission (FTC) filed a lawsuit charging the phone company with deceptive advertising and unfairly charging their unlimited data contract holders.

AT&T counters that it has been completely up-front about the reduced speeds through bill notices and the text alerts. But the FTC says most unlimited data customers had no idea they were experiencing up to a 95 percent reduction in Internet speeds — think lightning-fast 4G LTE scaled down to a crawling 2G connection.

This throttling lawsuit is just a small skirmish in an escalating war over network access, a conflict that most consumers pay little attention to until their own service becomes a casualty. The heart of the dispute is the concept of network neutrality, which states that all Internet data should be equally accessible. Currently, AT&T and other Internet Service Providers (ISPs) argue they should be able to make their own decisions about which content providers should get priority access to their data transmission networks, and which customers should get the fastest service.

Abandoning net neutrality would allow ISPs like AT&T or Verizon to negotiate lucrative favored contracts with content providers. For video streaming, for example, AT&T could cut a special deal with Hulu Plus in which Hulu videos would load faster on its network than videos from competitors like Netflix, thus giving AT&T customers a strong incentive to subscribe to Hulu.

This selective network behavior is outrageous in the eyes of many Web experts. “The transportation for mobile data should be the same [as any good],” said David Isenberg, a longtime previous staffer at AT&T Research Labs who now writes a blog about keeping the Internet free and open. “Everyone in the middle shouldn’t tamper with it.”

But critics say the issue is much more complex than advocates of the “open web” let on. They say that unless ISPs have the freedom to prioritize content to high-paying sites, they won’t make the investments necessary to keep improving service.

“If the FCC chooses to regulate the Internet, that’s going to be the end of innovation on the net,” asserted Gerald Faulhaber, who teaches wireless data policy at University of Pennsylvania’s Wharton School of Business.

The throttling issue shows just how complicated these disputes can be. On the surface, the problem seems straightforward: AT&T promised their customers unlimited data but ended up penalizing heavy users. But the dizzying complexities of how data is transported around our worldwide telecommunications system suggests it may be difficult for the government to enforce clear rules for an open and neutral Internet, including rules banning throttling.

Now that you can do almost anything online — from ordering takeout at a local restaurant on Seamless to posting a status on Facebook — we’re all dependent on a global telecommunications system with many way stations, and many owners.

A typical online transaction requires a series of data handoffs between various operators along a network composed of centers of huge mainframe computers. The data is first wrapped up in a neat package by the website owner and sent off to satellites, cell towers or underground cable lines before being delivered to your device. The most important facilitating operator is your ISP, the company you pay every month for voice and data access for your computer, phone, tablet and television.

Some customers are like Alessandra Guedes, a family violence adviser for the World Health Organization, who relies heavily on her phone while on business trips. She whips her device out frequently to check emails, flight details and hotel reservations — all difficult to do without a decent data connection. AT&T is her current service provider and she was one of the 190,000 callers who have bombarded AT&T’s Customer Service with throttling complaints since 2011.

“I used to be a very happy AT&T user, but I feel completely deceived,” Guedes said.

AT&T declined to comment for this story, but has issued statements that throttling is a rational and even necessary response to bottlenecks along the telecommunication network.

Some experts agree, at least to a degree. The company has justifiable reason to throttle under certain circumstances, according to Andrew Odlyzko, who studies data network economics at the University of Minnesota. Throttling can be used to maintain at least some network functionality during natural disasters, emergencies or heavy network congestion, Odlyzko explained. And in a big city like New York, a lot of people may be simultaneously trying to connect to the same cell tower, which has limited capacity, he said. This clogs up the network, so companies will reduce data speeds to make sure everyone gets some access.

AT&T isn’t the only company who throttles, either. In August 2014, T-Mobile also warned heavy data users that they will begin throttling their data — regardless of whether the customers have unlimited data plans — if they are found peer-to-peer file sharing or using their phone as a Wi-Fi hotspot for other devices, a process called tethering. Verizon Wireless slows top unlimited data users’ speeds when they are near busy connection points.

But in AT&T’s throttling case, network congestion isn’t the core issue, according to AT&T’s previous staffer Isenberg. “They originally provided unlimited data plans to attract customers, but later the company realized they could make more money by capping these users’ data,” he said. “If congestion was really a problem, then AT&T would only throttle at certain times of the day. Instead, they were throttling based on who the customer was.”

The FTC sees the case as similarly clear-cut: AT&T made a promise they couldn’t keep. “The FTC laws pertain to claims on mobile data just as much as any product or service,” said Evan Rose, the lead FTC attorney on the case. Contracts were broken and customers weren’t getting their end of the bargain, he said.

There are some engineering solutions to the bottleneck problems, according to Wharton’s Faulhaber. Companies can try to build more cellphone towers, or can try to maximize the data spectrum by piling on more data sent per package; this is how 4G upgraded to LTE, he explained. The installation of new Wi-Fi hotspots, especially in cities, may also ease the data crunch by allowing smartphone users to switch away from their monthly data provider more often.

But those technological improvements beg the question: Who will pay for the upgraded infrastructure?

Faulhaber and other critics of net neutrality argue that if the FCC forbids service providers from setting their own pricing strategies, including charging some users more than others, the providers will have little incentive to improve their service. To spur innovation, the Internet needs enterprise and competition among service providers, said Faulhaber. The European Union currently enforces strict network neutrality policies and, according to Faulhaber, their Internet service, investments and improvement will suffer as a result.

Open web advocates argue exactly the opposite: That a level playing field is what has enabled the phenomenal growth of the Web economy. “These special deals distort one of the central aspects of the Internet,” Isenberg said. “What made the Internet so successful is that the Web user gets to choose what data packages they get from where.” Without oversight by regulatory agencies, he said, data may be treated unequally.

The AT&T lawsuit marks the first time the FTC has taken on a mobile data case, according to Rose, but it’s unlikely to be the last. He said the agency’s Interactive Technology Task force is looking closely at the latest technology trends to see if it needs to step in to defend customers’ Internet rights.

Zollman, for one, is glad the government is taking a harder line. Now a professional photographer in Los Angeles, she uses her mobile data just as much as she did when she worked at Instagram. She uses a different cell provider now and hasn’t had any data connection issues so far.

“So many people are using this service, yet it’s completely controlled by these plans and companies,” Zollman said. “I don’t have lawyers on my side. I don’t have billions of dollars in stock behind me. So, I’m glad someone like the FTC is stepping in to say something for customers.”