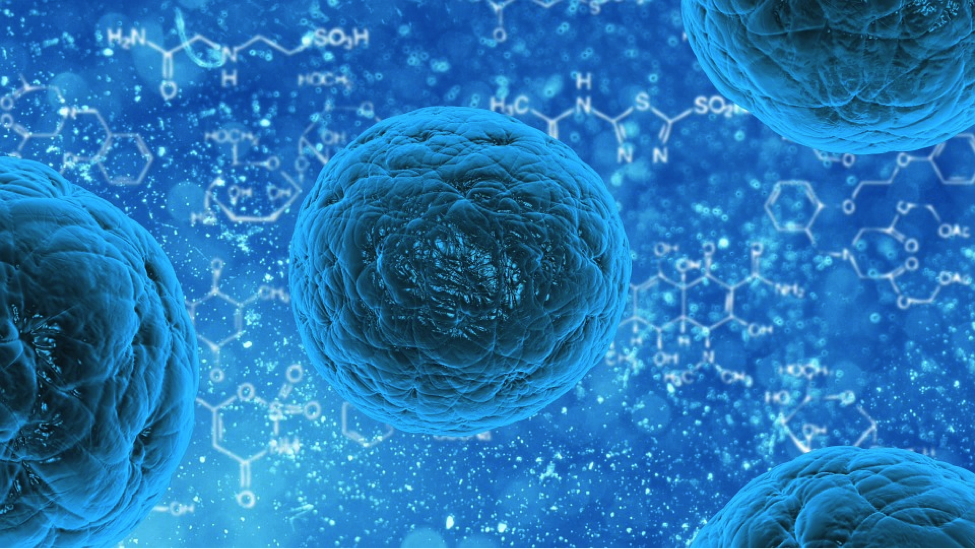 Stem cell therapy has been used for more than 30 years, but a new trial might expand its applicability to fetuses. [Image courtesy of Pixabay User PublicDomainPictures]

At its worst, brittle bone disease can mean an agonizing death for newborn babies, so some European physicians are trying something revolutionary: treat the disease’s tiny victims with stem cells before they’re even born.

Prenatal stem cell therapy has never been attempted before in a full-scale trial, but if the trial produces positive results, it could open the floodgates for a host of similar treatments for diseases ranging from muscular dystrophy to skeletal dysplasia, also known as dwarfism. As promising as those treatments may be, experts warn they will also raise tricky ethical dilemmas.

“If this trial is successful, it raises questions of what diseases will be candidates for treatment, what is ‘normal’ and of course the issue of eugenics,” says Dr. Steven Ralston, an ethicist at Harvard Medical School. Eventually, he says, physicians may be tempted to use gene therapies to optimize the traits of a fetus, not just cure it of a serious disease.

The researchers behind the trial say they’re aware of the risks and are moving cautiously by focusing on just one disease. There’s every reason to believe, they say, that prenatal stem cell treatment of brittle bone disease will save lives. “We are working under the assumption that the earlier you treat a patient, the better,” says Dr. Magnus Westgren, a researcher at the Karolinska Institutet in Sweden. The Institute is coordinating the trial, which draws together researchers from a number of European countries. “But we cannot promise anything” he adds.

Brittle bone disease occurs at a rate of about one case per 20,000 births (according to Healthline), resulting in fragile, easily-broken bones. It’s caused by a genetic defect that affects the production of collagen, the protein that gives bones their strength. In the most severe cases, the disease is fatal shortly before or after birth, while in milder cases patients can suffer bone pain and have stunted growth, says Westgren.

“Our ultimate aim is to find out whether prenatal transplantation is more effective than postnatal transplantation,” says Dr. Anna David of University College London, one of the researchers working on the trial. David says there are already two cases of in utero therapy that have been successful, but the planned tests this year will be the first full-scale trial.

“The treatment is quite simple,” explains Sweden’s Westgren. First, doctors diagnose the disease via genetic testing by extracting a DNA sample from the fluid that surrounds a fetus in the womb by amniocentesis. Then, the stem cells are injected into the fetal bone marrow via the umbilical cord. These stem cells divide and incorporate into the bone marrow. At this point, they become healthy cells that can produce collagen, which should strengthen the bones and fix fractures.

The trial will be conducted on 15 fetuses and 15 newborns. The fetuses will undergo prenatal stem cell therapy and receive a postnatal booster consisting of additional stem cells. The newborns will only receive the postnatal treatment.

The immediate goal of the trial is to test the safety of the procedure, Westgren says. Once the researchers determine that the process does not worsen the risks that fetuses with brittle bone disease already face, they can continue to the next phase of clinical trial, which involves more patients. If all goes well, the therapy would be widely available, including in the United States, within ten years, according to Westgren.

Prenatal stem cell therapy, like all stem cell therapy, is a treatment — not a cure. “We are not aiming for a cure — you can’t just pump in stem cells and fix the problem,” says Dr. Cecilia Götherström of the Karolinska Institutet, the coordinator of the trial. “You would have to turn off the gene that affects the condition, which stem cells can’t do.”

Instead, the goal is to reduce the most severe symptoms of the disease and increase the patient’s quality of life as much as possible.

“If the trial is successful,” adds Götherström, “we will look into treating other conditions that would be most beneficial if treated before birth — skeletal dysplasia, muscular dystrophy and metabolic conditions.”

While ethicists are worried about the implications of prenatal treatment, they say there’s no reason for a flat-out prohibition. “A blanket statement that in utero stem cell therapy is unethical isn’t fair or true,” says Dr. Kenneth Prager, a medical ethicist at Columbia University. “Ethics flow from the facts,” he says. He adds that it’s critical for parents to understand the trial before committing to it. They have to understand that this is not a promise of a cure, but an attempt to begin treatment sooner in the hopes of alleviating the most severe symptoms of the disease.

“We have to sit down with every parent and go over the procedure with them and make sure they understand everything before they commit to the trial,” agrees London’s David.

Many parents, when they find out that their future child has a debilitating disease, choose to abort because they don’t want their child to suffer, says David. This, too, raises touchy issues for researchers, who don’t want to influence the parents’ decision to terminate. “The treatment should not determine whether or not parents choose to abort the pregnancy,” says Götherström, adding that a patient can only be considered for the trial if they have already made the decision not to abort.

As long as the parents are made aware of the risks and potential benefits, there should be no ethical issue with the trial, says Columbia’s Prager. “Risk [versus] benefit is not a quantitative, objective measurement,” he says, “so ultimately, it is a decision that needs to be made by the patient in conjunction with their physician.”

If prenatal stem cell therapy becomes the accepted standard of care, Prager notes, “it will be unethical to withhold it — like withholding antibiotics from someone with an infection.”

But while those decisions may be relatively straightforward for a debilitating illness like brittle bone disease, the situation will be very different for conditions that are not life-threatening.

When the alternative is fetal death, says Prager, it is hard to argue that it isn’t ethical to pursue these avenues of treatment. Even then, however, “there are always concerns of parents being coerced into these therapies,” says Ralston, “or even coerced into continuing pregnancies that they might have ended because there were no viable prenatal treatments in the past.”

The researchers say they are well aware of the ethical issues at stake, and are taking precautionary measures. “It is difficult to make far-reaching conclusions about the success of this trial with what data we have now,” says Westgren, “and we make sure the patients know that.” This isn’t about making the perfect child, says Götherström, but offering hope for parents whose child might not otherwise even survive birth.

“Hopefully,” says David, “we will be able to apply this technology to any severe, life-threatening disease where there is a better effect by treatment in the womb.”