Experts say eradicating mosquitoes is not the answer 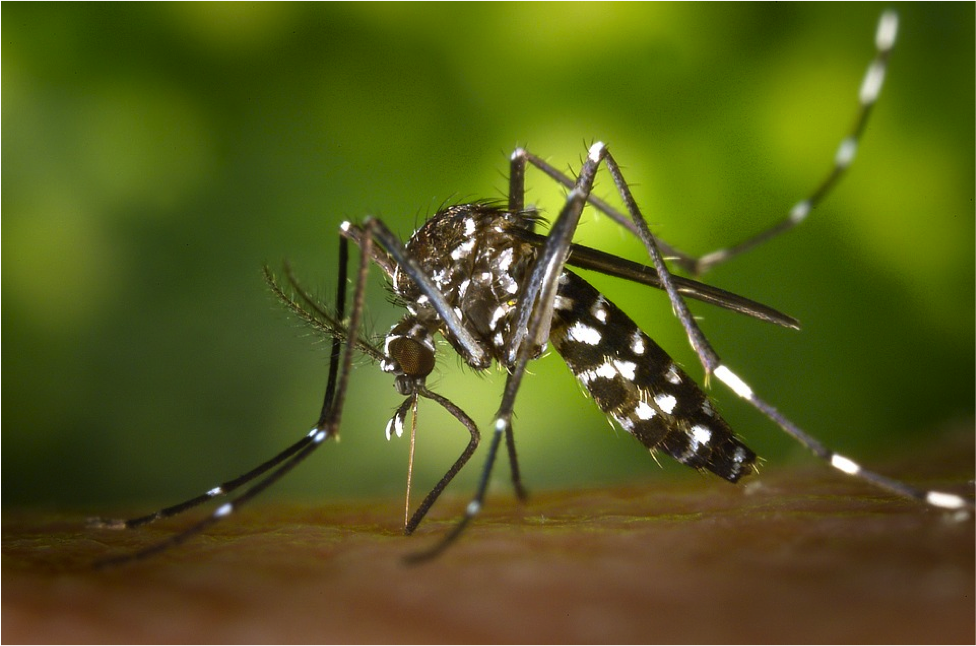 To wake a sleeping herpes virus

Mosquitoes are the most important carriers of the Zika virus — and of malaria, dengue, West Nile, encephalitis and other nasty diseases, too. So why not just wipe them out?

Experts who have thought about eradication say it’s easier said than done, and that even if we succeeded in eliminating most mosquitoes, we might not like the result.

“It is easy to reduce an insect population by 95 percent,” says Uriel Kitron, an eco-epidemiologist at Emory University. “It’s the last five percent that is very difficult and very expensive to eliminate.”

Even so, some researchers are pushing for an all-out extermination campaign against the two mosquito species most responsible for spreading Zika and other diseases: Aedes aegypti and Aedes albopictus. The biotechnology firm Intrexon has even proposed releasing genetically modified, sterile Aedes aegypti to reduce the species population of the primary Zika carrier — a method previously tried in some areas to combat the spread of dengue fever, to measurable success.

“The best way to get rid of the Zika problem is to get rid of the mosquito that spreads it,” says Joe Conlon, a technical advisor for the American Mosquito Control Association. Anthony James, a microbiologist at the University of California, Irvine, agrees. “It makes sense in the Western Hemisphere to get rid of Aedes aegypti because it is invasive,” he says. The species is native to Northern Africa.

The rise of Zika lends new urgency to the discussion. Since October 2015, Zika has spread rapidly throughout the Americas, with thousands of cases reported in more than 40 countries, and many more suspected. The virus may not be as bloody as Ebola, or as deadly as dengue, but the recent outbreak in Brazil raised global concern. Originally thought only to threaten pregnant women because it is linked to microcephaly in babies, the Zika virus is now thought to cause autoimmune disorders like Guillain-Barre syndrome in adults and children alike, according to the World Health Organization. Researchers also recently discovered that the virus can be sexually transmitted.

But eradicating mosquitoes may raise more problems than it solves, according to Andrew Dobson, a biologist at Princeton University. He says there are three key problems with the idea: questionable effectiveness, collateral environmental damage, and increased human susceptibility to disease.

Government-mandated spraying almost eradicated Aedes aegypti mosquitoes in Central and South America from the 1960s to the 1980s, says Conlon of the American Mosquito Control Association. But when environmental worries led to reduced use of DDT, he adds, “the mosquito population came back.” The resurgent insects were harder to kill because they descended from survivors of the initial DDT onslaught and had developed resistance to the chemical and other insecticides like it.

This example also illustrates Dobson’s second concern. DDT affected not only mosquitoes, but also a wide variety of animals — from shellfish to sea birds and raptors — whose fertility rates declined because DDT thinned their eggshells.

The collateral damage from pesticides doesn’t just include fish and animals — it includes beneficial insects, too. There are over 3,700 species of mosquitoes, says Emory’s Kitron, and only a few scores of these are disease vectors, carrying viruses and transmitting diseases to humans. Many mosquitoes provide food for other animals and act as pollinators, so wiping them out would damage ecosystems.

Concerns about the dangers of pesticides explain why Intrexon is experimenting with genetic engineering as a means of wiping out Aedes aegypti and Aedes albopictus. “The benefit of a genetically modified mosquito is that it only affects the target species,” says Irvine’s James.

“Oxitec has conducted successful trials in Brazil, where they reduced the Aedes aegypti population by over 80 percent,” says Raymond St. Leger, an entomologist at the University of Maryland. But he adds that Oxitec has not yet proven that reducing the mosquito population by that much will be enough to significantly reduce disease rates.

The worry is that no one is sure about the long-term effects, either on disease rates or ecosystems. For example, it’s possible that even if the Aedes aegypti and Aedes albopictus populations are wiped out — whether by pesticides or genetic modification — another species might occupy their ecological niche and start spreading Zika and other diseases to humans, says Kitron.

Only large-scale tests lasting years could answer that question, he says. In the meantime, Kitron adds, the work of companies like Intrexon “should not be presented as a magic bullet that will solve the problem.”

Getting long-term data won’t be easy because there’s so much public resistance to genetic engineering. Oxitec’s approach of genetic modification comes with a lot of social stigma, says Stephen Dobson, an entomologist at the University of Kentucky. Conlon agrees: “when it comes to genetic modification, a lot of Americans think of Jurassic Park, even though that isn’t how it works.”

The third concern about eradication efforts is that they might end up making humans more vulnerable to disease, not less.

For most of us, “Zika is not a major illness that is going to hospitalize a lot of people,” explains Richard Merritt, an entomologist at Michigan State University. The common symptoms of Zika are fairly mild and usually don’t last longer than a week, according to the U.S. Centers for Disease Control and Prevention. Most people don’t even get sick enough to go to the hospital, and few die from Zika.

In fact, most children who get Zika actually benefit because they’re inoculated from future infection as adults — just as with chicken pox, according to Princeton’s Dobson.

But for older adults, and especially pregnant women, contracting Zika for the first time can be grave. Children born to women infected with Zika in their second or third trimesters have a much greater risk of microcephaly, a condition in which the brain stops developing in the womb or in infancy, says Merritt, leading to shrunken heads in infants.

Drastically reducing the mosquito population thus may have the unwanted effect of increasing the number of people infected for the first time at the riskiest possible time — during pregnancy — because fewer would be first infected as children, when the threat of serious health consequences is lower, says Princeton’s Dobson.

To combat this, researchers are working on a vaccine for women who are trying to conceive, says Princeton’s Dobson. The problem, he adds, is that “vaccines don’t always work and/or last a long time.”

Until a vaccine is developed — which could take 5 years or more — or an effective treatment is found, the only real defense is not to get bitten by mosquitoes, says California’s James.

Is zika virus more dangerous than the dengue?

Does anyone else foresee real estate values in Arecibo raising?
With 4 colleges in the city, parents may decide to send their kids to school in Puerto Rico to grab that zika inoculation from the mosquitoes.”…most children who get Zika actually benefit because they’re inoculated from future infection as adults — just as with chicken pox,…”

“Drastically reducing the mosquito population thus may have the unwanted effect of increasing the number of people infected for the first time at the riskiest possible time — during pregnancy — because fewer would be first infected as children, when the threat of serious health consequences is lower,…”