Higher taxes on sugary drinks could reduce obesity globally, but non-financial alternatives might work too 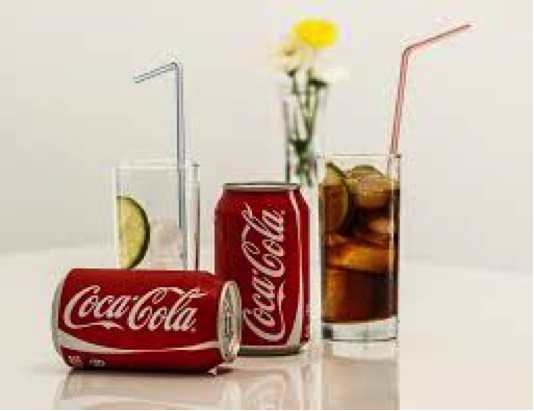 Sugary drink taxes are an effective way of reducing product sales, but there might be other options too [Image credit: Stevepb | CC0 Public Domain]

Not all of the national election results last month were shocking. As predicted, voters in three California cities as well as in Boulder, Colorado approved taxes on sugar-sweetened beverages, including soda. The decisions came just a few weeks after the World Health Organization (WHO) released a report in support of taxing sugary drinks as a way of reducing global obesity rates.

As additional data comes in, more researchers agree that such taxes work to reduce consumption of sugary beverages and might also stave off weight gain. But taxes can be unpopular and the beverage industry often funds anti-tax campaigns that can defeat local efforts to levy such taxes.

Lately, some public health officials including the WHO are trying a new tactic. They now suggest alternatives that might help consumers avoid sugary drinks but also give them a sense that they have a choice in the matter. These approaches can also be more palatable to the beverage industry, which is seeing sales of sugar-sweetened beverages decline even without soda taxes: the overall volume of soda sales in the United States dropped 1.2 percent in 2015, according to Beverage Digest.

There is still work to be done. The WHO reports that approximately 42 million children under age 5 were obese in 2015.

Several factors contribute to obesity in the United States, including unhealthy habits, community access to healthy options, and education. Exercising regularly and choosing healthier foods are important in countering obesity, but in rural, minority, and low-income communities, access to healthier foods can be limited and costly. This makes sugary drinks and fattening foods more accessible, according to the Centers for Disease Control and Prevention.

Sugar-laden beverages are the largest source of added sugar in children and adolescents and a significant portion of the calories consumed by children. Some 80 percent of youths and 63 percent of adults consume sugary drinks on a daily basis in the United States. “Consumption of free sugars, including products like sugary drinks, is a major factor in the global increase of people suffering from obesity and diabetes,” says Douglas Bettcher, director of The WHO’s Department for the Prevention of Noncommunicable Diseases in a WHO statement.

In response, many communities and even nations have considered a tax on soda. Such taxes already have gained momentum elsewhere in the United States and in countries such as Mexico, Northern Ireland and South Africa. Data show that they are effective. For instance, the sugary drink tax in Mexico is linked with a 12 percent reduction in sales after one year, according to a press release by the British Medical Journal. An increase of at least 20 percent in consumer costs on sugary drinks results in a substantial decline in the number of people drinking sugary beverages, according to a WHO report Fiscal Policies for Diet and Prevention of Noncommunicable Diseases (NCDs).

Marie Bragg is the director of New York University’s SocioEconomic Evaluation of Dietary Decisions Program and is currently working on a research initiative called the Impact of Racially Target Food and Beverage Ads on Adolescent Behavior. “Our early evidence from soda tax studies in Mexico and Berkeley, California suggests that soda taxes can be useful in reducing soda consumption, partly because the sodas just cost more for consumers, and people are replacing those sugary beverages with other, healthier beverages,” says Bragg.

Soda taxes also can cut healthcare costs and generate a new source of revenue that can be invested in health services, Bettcher says in the same WHO statement.

Some opponents question why taxes should be imposed only on sugary drinks rather than on all unhealthy foods including hamburgers and french fries, says Christina Roberto, a professor of medical ethics and health policy at the University of Pennsylvania as well as the principle investigator at the Psychology of Eating and Consumer Health lab.

And consumers tend not to realize how many calories they take in from soda and juices because they feel less full after drinking them than after eating foods with the same calorie count.

There’s also an educational reason for a focus on soda. People have yet to understand the health risks posed by sugary drinks beyond the obvious culprits. “A lot of people know that a Coke is not healthy,” Roberto says. “Most people don’t know that Arizona Green Tea, PowerAde, or Gatorade are still high in sugar.”

Nonetheless, soda taxes are not the only solution under consideration by public health officials.

One alternative to taxing sugary drinks might be to advocate for access to clean drinking water. Individuals with limited access to water are more likely to consume unhealthy beverages, as is the case in Alaska, according to The Burden of Overweight & Obesity in Alaska 2009 report by the State of Alaska Department of Health and Social Services. In fact, in some rural regions of Alaska with limited access to drinking water, residents drink about three times as much soda daily as do Alaskans living in urban areas.

Another option might be for companies to advertise water more aggressively. In 2015, the overall volume of bottled water consumption in the United States was 11.7 billion gallons, which represents a 7.6 percent increase from 2014, according to the Beverage Marketing Corporation. Roberto suggests that soda companies could invest more money in campaigns to increase water sales. That revenue then could replace drops in soda income. Businesses theoretically could improve their public perception by supporting public health efforts.

Communities also could emphasize an expansion of medical professionals’ skillset so that they offer patients nutritional counseling and screenings that could help with reducing obesity, according to The CDC Guide to Strategies for Reducing the Consumption of Sugar-Sweetened Beverages 2010 report. Physicians themselves could benefit from more in-depth nutritional training so they can better help patients tackle obesity and reduce consumption of sugary drinks.

At this point, early career doctors receive some training, but more could be done. A 2008 study reported that among 61 internal medicine interns, 62 percent recall receiving nutritional training in undergraduate, graduate or medical school. Only 31 percent of medical schools offered electives related to nutrition, and only 3 percent of interns had taken a nutrition class. Still, 94 percent of the physicians report feeling responsible for providing their patients with nutritional information.

Kelly Brownell, dean of the Sanford School of Public Policy at Duke University, agrees that this approach is promising, but notes a caveat. Physicians already have many demands placed on their time.

“Whether it’s possible to capture enough of the physicians’ attention to address this issue is to be determined,” he says, “but in principal it is a wonderful idea.”

It is unlikely that these alternatives will be adopted. In Philadelphia a judge dismissed a lawsuit opposing the sugary drink tax. The American Heart Association recently commissioned the Urban Institute to further explore the sugary drink tax and found that the tax is the most effective way of decreasing the consumption of these particular beverages.