Why researchers haven’t given up on contacting aliens 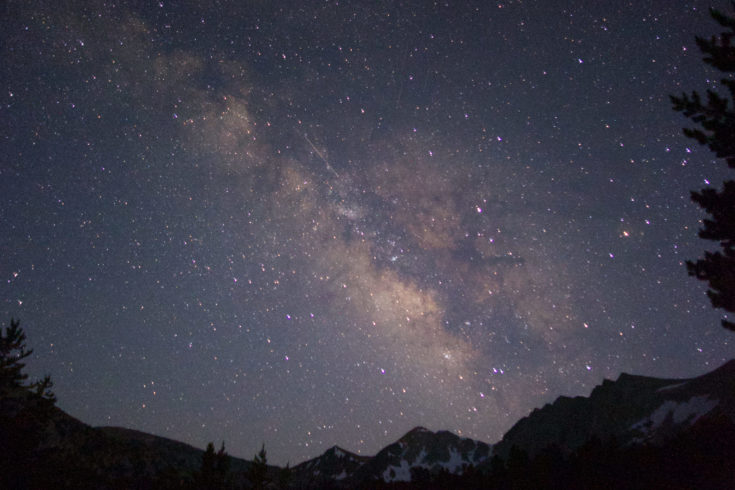 Humans have spent countless hours and dollars on our search for E.T. But it’s a shot in the dark. (Photo Credit: V.H.S. | CC license 2.0)

The idea that intelligent life exists beyond our planet, or even outside our galaxy, is not a new one. In the 16th century, the Italian astronomer Giordano Bruno was famously tried and executed for “claiming the existence of plurality of worlds.” At least five centuries of stargazing since then haven’t advanced his claim much.

Perhaps we just don’t know when, where or what to look for.

“It’s like taking a cup of water from the ocean, scooping it up and saying, ‘Oh, there’s no life in there, so there must be no life in the ocean,’” said David Kipping, an astronomer at Columbia University, at a Nov. 16 lecture in New York City titled “The Signatures of Other Civilizations.”

Plus, a big problem with trying to make contact with extraterrestrial life at all, according to Kipping, is that we have no idea how to settle on a medium of communication.

But it’s not for lack of effort. In 1992, NASA established a SETI (Search for Extraterrestrial Intelligence) program that was later defunded. Its successor is the SETI Institute, a nonprofit organization funded by philanthropists and devoted to searching for signs of alien civilizations.

When the search for extraterrestrial life began in earnest in the 20th century, humans searched mainly for radio waves, Kipping said. But as own our civilization has veered away from radio and toward fiber optics, technology that transmits information as pulses of light, we’ve also moved away from using radio as our primary means of attempted extraterrestrial detection. Many researchers now seek signs of massive alien engineering projects around other stars, for example, or search for infrared light.

Recent discussions have moved beyond silent searching to include two-way communication as well. The repertoire of potential communication techniques now includes using laser-beams, or even building out our planetary infrastructure so that our activity becomes highly visible from far away.

No matter how we try to communicate, though, our efforts are a mere shot in the dark, according to Kipping.

“You don’t need to sweat too much about aliens coming to visit us,” he said.

Kipping asked the audience to think about it this way: Imagine asking a friend to come and meet you in Manhattan. Period. No specification of time or place. That’s what it’s like trying to make contact with extraterrestrial life.

As Kipping’s talk wrapped up, a teenage girl in the audience raised her hand and, her voice cracking a little, asked, “How do you feel about Fermi Paradox?” The auditorium was quiet for a moment. “Explain what that is!” an audience member near the back called out.

The girl was referring to a contradiction that physicist Enrico Fermi famously noted: If there are so many potentially habitable planets, why haven’t we seen any evidence of life? Or, as Fermi put it, “where is everybody?”

Kipping shifted around uncomfortably. “How do I feel about it? I’m not sure I know how to answer that question,” he said, pausing. The audience laughed nervously. “I’m not convinced it’s a paradox,” he added. After all, we’ve only searched a cupful of stars and there’s a whole ocean left to to go.

And the assumption that extraterrestrials would come looking for us just because they’re out there is “egocentric,” Kipping said.

“I mean,” he went on to say, “how much time do you spend trying to communicate with ants on the sidewalk?” To highly advanced civilizations, we might be completely uninteresting. It’s even possible that such a civilization would produce technology and a means of communication that surpasses our current understanding of physics. After all, Kipping said, when Newton came up with his laws, we “thought physics was done.” With our theories of physics remaining incomplete, we might not even have the hardware to recognize their call, much less answer.

However, just because we don’t see extraterrestrials reaching out to us doesn’t mean we can’t reach out to them. So scientists keep brainstorming.

“Although we haven’t heard anything, that doesn’t mean that much,” Kipping said. “Yes, this is ridiculously high-risk science, but the rewards are unimaginable.”