The plague bringer among elm trees 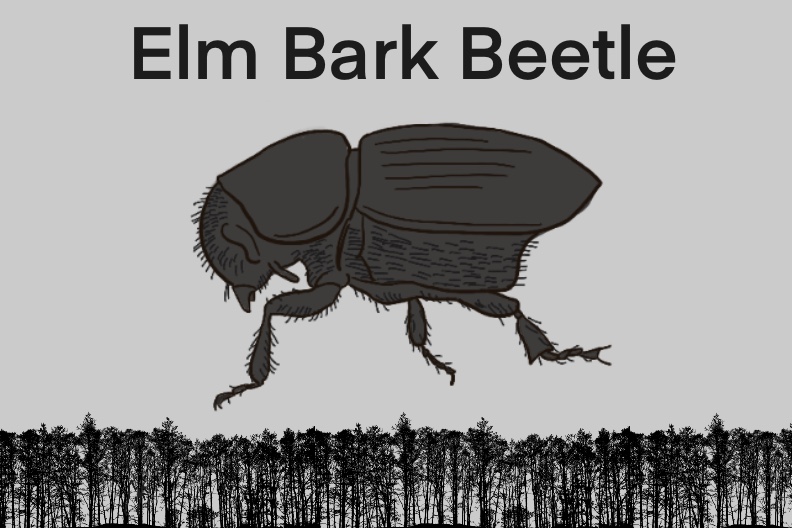 Though only a few millimeters long, this beetle knocks down trees from the inside out [Credit: MK Manoylov | CC BY-NC-ND 2.0]

Okay, what am I looking at? Only one of the most destructive insects to have hit North American forests. Humans need chainsaws, axes, or saws to fell trees. These beetles just need a good appetite.

Wait, what? Yeah, it’s wild. It’s like how we think rats carried a flea that transmitted the bubonic plague to humans. These beetles carried a fungus (Ophiostoma ulmi) that infected elm trees.

There are three types of elm bark beetles:

What’s their deal? Elm bark beetles are super small, like the size of a grain of rice. The trouble begins when they burrow through an elm’s tree bark and get nice and cozy in the tree’s interior.

Female elm bark beetles, who prefer dying trees, will lay eggs underneath the elm’s bark. Once the eggs hatch, the larvae eat through the wood and create tube-like excavations called galleries. Here are some pictures from the U.S. Forest Service. 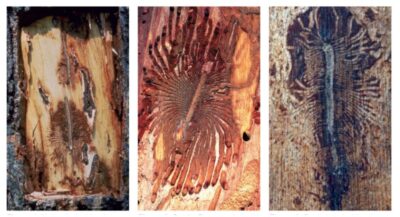 These excavations damage the already sick tree and cause it to die. Since elm trees form root shafts that connect tree roots, sick trees can transmit the fungus to healthy trees, which is why the elm bark beetle helped destroy millions of trees across America.

According to the Encyclopedia Britannica, it’s the smaller European bark beetle that caused the most devastation in Europe and America, effectively bringing a plague among trees. This plague was called the Dutch elm disease, as it’s thought the disease originated in the Netherlands.

How come I’ve never heard of this before? Probably because lots of the devastation happened before our time. The elm bark beetles were probably introduced from Asia into Europe during World War I, then spread to the United States in the 1930s. 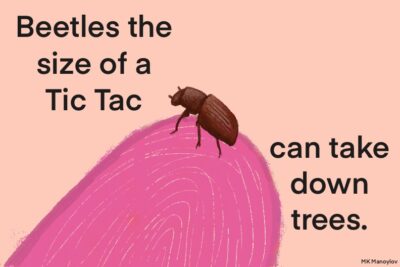 What are some signs of Dutch elm disease? Beetles entering the tree introduce fungus. The fungus can spread through the trees xylem, which are the water-carrying vessels in a tree (kind of like our circulatory system). Trees close off their xylem, which may cause parts of the tree to die. Elm branches will start to yellow and wilt. The tree can die within a matter of weeks once the fungus clogs it’s water vessels.

Trees can also produce pitch, which is a waxy, sappy goo that they push out through the channel the beetle created and effectively pushes it out. Healthy trees can produce enough to push out some beetles, according to the Oregon Department of Forestry, but too many beetles can overpower the tree.

Are elm bark beetles and Dutch elm disease still a problem? Yes, but we’ve figured out ways to manage this tree disease.

Some examples include injecting fungicide into a tree that appears to be infected to kill any fungus, cutting away branches that appear to be wilted or have yellowed trees, and to immediately remove dead or dying elm trees so that these beetles don’t take root.

Since Asian elm trees are immune to the fungal pathogens, arborists hybridize Asian species with American ones to make them resistant to Dutch elm disease. So, yes, unfortunately, but it went from “plague” to “disease we know how to deal with.”

Wouldn’t that be nice for humans right about now.