Wolbachia: Bacteria that are saving lives

The World Mosquito Program injects mosquitoes with Wolbachia to protect people from viruses, like dengue 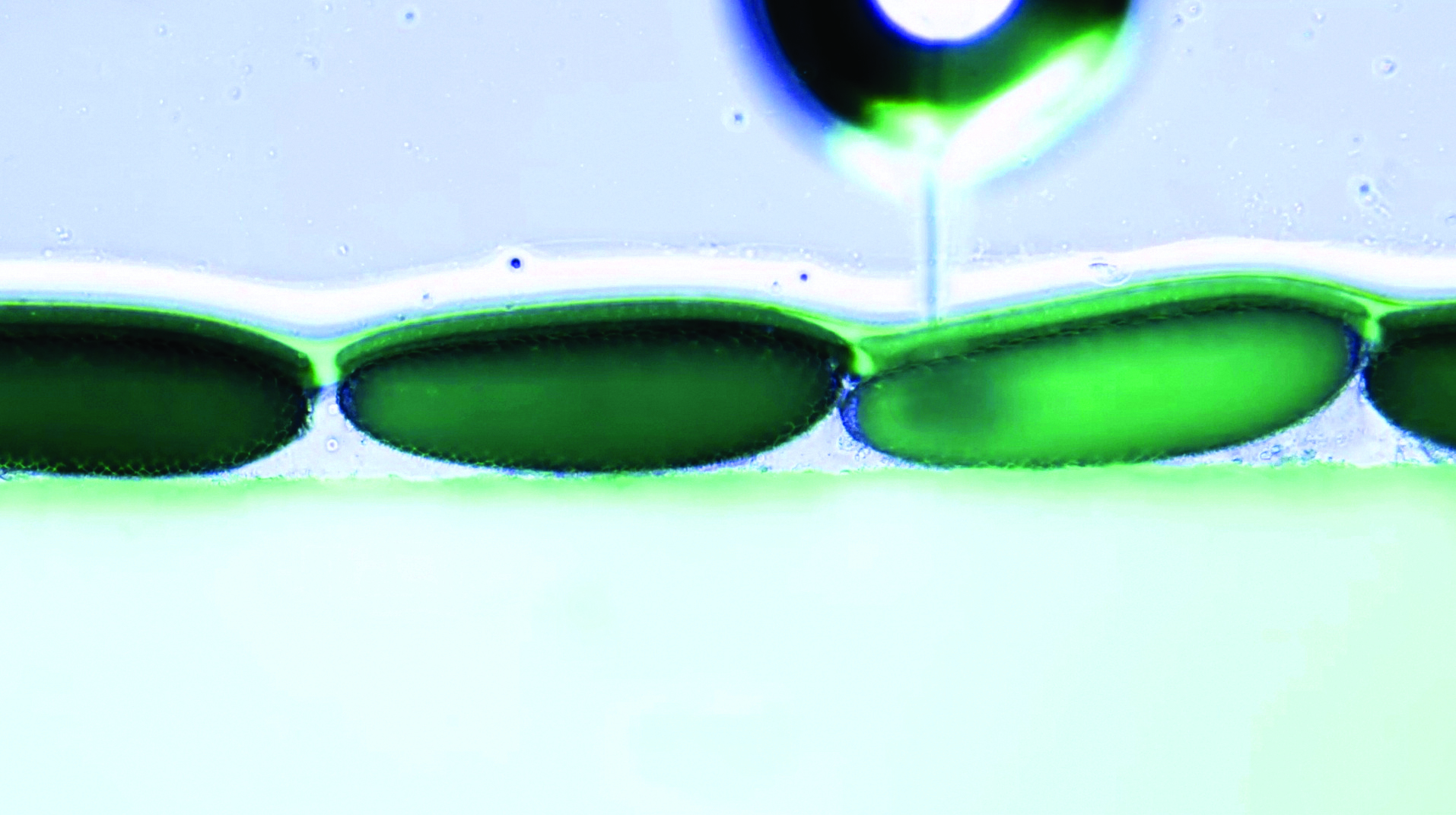 Could one group of bacteria be a major, long-term solution to fighting off mosquito-borne diseases around the world? The answer is yes. Wolbachia are natural bacteria that live inside over 50% of insects. These bacteria are considered harmless to humans and to the environment. Since 2011, scientists of the World Mosquito Program have been injecting these bacteria into mosquitoes to protect humans from catching dengue fever, Zika, and other tropical viruses. A. aegypti mosquitoes, the main organisms responsible for carrying diseases like dengue, receive this Wolbachia injection before they hatch.

Scientists of the World Mosquito Program were the first to discover how Wolbachia block the transmission of dengue in infected A. aegypti mosquitoes. Dengue is the most critical and the fastest-spreading, mosquito-borne illness in the world, according to the World Health Organization. Wolbachia changes the environment of mosquito cells, making it difficult for viruses like dengue to replicate within the mosquito and be transmitted to humans. When a person is bitten by a Wolbachia-infected mosquito, the Wolbachia bacteria isn’t transferred to the person because these bacteria only live inside the mosquitoes’ cells. More importantly, the person bitten will not receive any viruses that this Wolbachia-infected mosquito may be carrying.

In this podcast, Scienceline speaks with Fred Rubino, a postdoctoral researcher at New York University, who studies Wolbachia and their survival in fruit flies. Also, Cameron Simmons, Director of Impact Assessment at the World Mosquito Program, talks about how Wolbachia-infected mosquitoes are made, deployed, and the current challenges of both these bacteria and controlling diseases like dengue.

Music: Did you know? (Curiouser and curiouser) by Fabian Measures, CC BY 4.0

Taylor White: They have a funny name and naturally live in half the insect species on our planet.

Fred Rubino: I do like saying Wolbachia. But sometimes when I write a grant or something, I’ll go through and read it in my head and I feel like I’m saying Wolbachia every three words and then I try to delete it and come up with as many synonyms as possible.

Taylor White: This is Fred Rubino, a postdoctoral researcher in the Lehmann Lab at New York University. He studies Wolbachia — bacteria that’s helping to reduce cases of dengue fever and other mosquito-borne diseases around the world.

Fred Rubino: There’s a great amount of interest in Wolbachia because if a mosquito is infected with Wolbachia, then that mosquito can no longer transmit diseases such as dengue or Zika, which cause great human suffering.

Taylor White: Fred’s research involves dissecting fruit flies to understand how Wolbachia is passed from the adult female fruit fly to its eggs. He uses fruit flies as a model organism to see how Wolbachia may behave inside other similar organisms, like mosquitoes.

Taylor White: That’s the sound of Fred tapping a plastic beaker of fruit flies that he calls a cage. It’s a little smaller than a Coke can and fits right in your hand.

A plastic lid contains a brown layer of apple juice agar with a smear of yeast paste for fly food, where the flies lay their eggs. Tapping the bottle forces the flies down to the bottom of their cage so Fred can remove the lid of laid eggs and replace it with a new lid of food for the next laying.

Researching these fruit flies helps Fred understand the survival of Wolbachia in fruit fly sex cells, since these bacteria can only be studied inside a host.

Fred Rubino: It’s a symbiont, meaning it’s a bacteria that lives in a symbiosis with these insects. You can’t remove Wolbachia and have it live outside of the insect, but you can take a needle and move the Wolbachia from one insect into another insect.

Taylor White:  Once the Wolbachia is injected into a mosquito, viruses have a difficult time reproducing in this Wolbachia environment. This makes viruses, like dengue, less likely to be transmitted from a mosquito to a person. According to the World Health Organization, dengue is the most critical, and the fastest-spreading, mosquito-borne illness in the world. Forty percent of the world’s population, which comprises three billion people, are at risk for dengue, according to the CDC (Centers for Disease Control and Prevention). It causes an acute flu-like illness that includes fever, headaches, and muscle and joint pain. Severe symptoms involve leakage of blood vessels, constant vomiting, and, if untreated, can cause death.

Researchers have been producing Wolbachia-infected mosquitoes to help solve the problem of mosquitoes transmitting dengue and other viruses to people around the world.

Taylor White: So far, the World Mosquito Program has decreased dengue cases by 96% in Northern Australia using Wolbachia for over eight years. In Indonesia, Wolbachia has shrunk dengue cases by 76% percent in a little over two years. And in some parts of Brazil, like Rio de Janeiro, dengue cases have dropped 42 to 74% because of these Wolbachia-infected mosquitoes.

Cameron Simmons: We’re in 12 countries … in big urban environments like Rio De Janeiro, the city of Medellín in Colombia. We’re working in Vietnam, in India, we’re in Sri Lanka …

Taylor White: Cameron Simmons is the Director of Impact Assessment at the World Mosquito Program, a global non-profit program based at Monash University in Melbourne, Australia. Since 2011, the program has been injecting Aedes aegypti mosquitoes — the mosquito responsible for transmitting dengue, Zika, and other diseases — with Wolbachia from fruit flies and releasing them into the wild.

Scientists of the World Mosquito Program were the first to discover how Wolbachia blocks transmission of dengue in infected Aedes aegypti mosquitoes. Researchers have proposed many mechanisms on how Wolbachia is able to block the growth of a virus in a mosquito. One way is that these bacteria boost a mosquito’s immune system, which makes it difficult for the mosquito to carry viruses like dengue. Infecting the mosquitoes with Wolbachia requires skill and patience.

Cameron Simmons: You can imagine images of in vitro fertilization of eggs and it’s a little bit like that, except in this case we’re putting a needle through a mosquito egg … They’re sitting on a petri all lined up waiting to be jabbed. It’s a same day event of sort of extracting Wolbachia out of a fruit fly egg and then injecting it into Aedes aegypti eggs.

Taylor White: Today, the World Mosquito Program is like a factory for creating Wolbachia-infected mosquito eggs. Researchers infect 200 to 300, 1-millimeter mosquito eggs per day with the bacteria. Cameron says the program has been experimenting with different Wolbachia strains to understand which works best for suppressing dengue.

Taylor White: Once they’ve selected a strain, it’s time to release the infected mosquitos and their eggs into the wild.

Taylor White: If the resistance really does last for decades, that would make this method of disease control outlast current disease control methods which have limited impact on mosquito populations. Most methods, such as spraying or fogging need to be carried out every year and cannot eliminate mosquito-borne diseases, according to the World Mosquito Program.

Cameron Simmons: Forty years of dengue epidemiology tells us those responses have failed to control dengue as a public health problem. Dengue comes back every year.

Cameron Simmons: Southeast Asia and South Asia, so including India, has about 70% of the global burden of dengue. Part of that is large population, substantial amounts of urbanization and continuing urbanization. They’ve become very good environments for this mosquito to breed.

Taylor White: So if Wolbachia can offer more than just temporary respite to these countries, why not switch to an all-Wolbachia strategy? One answer: climate change.

Fred Rubino: In areas of the world where the climate is warmer, Wolbachia can struggle to reproduce and get into the next generation. And so, if you release Wolbachia infected mosquitoes in very warm climates, you’ll find that over some time the Wolbachia will die out from the population and you can no longer get the viral suppression.

Taylor White: With these factors, along with how much help the world needs to fight off dengue and other diseases, researchers agree it’s best not go all-in with Wolbachia just yet and to keep other strategies going.

Cameron Simmons: A sensible approach is that we have a variety of tools in our toolbox to control dengue. The world’s a big place and it’s going to take a long time and a lot of work to deploy Wolbachia to protect all of the communities that are at risk of dengue.

[Music from intro comes back in to conclude]

Taylor White: We aren’t at the point of significantly controlling dengue. Wolbachia-infected mosquitoes are just one approach — but they do seem to be working. According to scientists from the World Mosquito Program, current research shows that Wolbachia is not a harm to humans or to the environment. Still, other scientists say it’s hard to know if these bacteria are harmless in all contexts and in all insects. By 2023, the World Mosquito Program hopes to protect 100 million people from mosquito-borne diseases with these Wolbachia-infected mosquitoes — a challenge, but perhaps not impossible.

Great article! If it were up to me every mosquito would be eliminated but this is at least a start with cutting back disease

Very informative and easy to read as well as understand. So many of us are not familiar with most bacteria and think in terms of all bacteria being harmful.