Rotting wood is not all that fungus is good for. When controlled, it has a creative side too 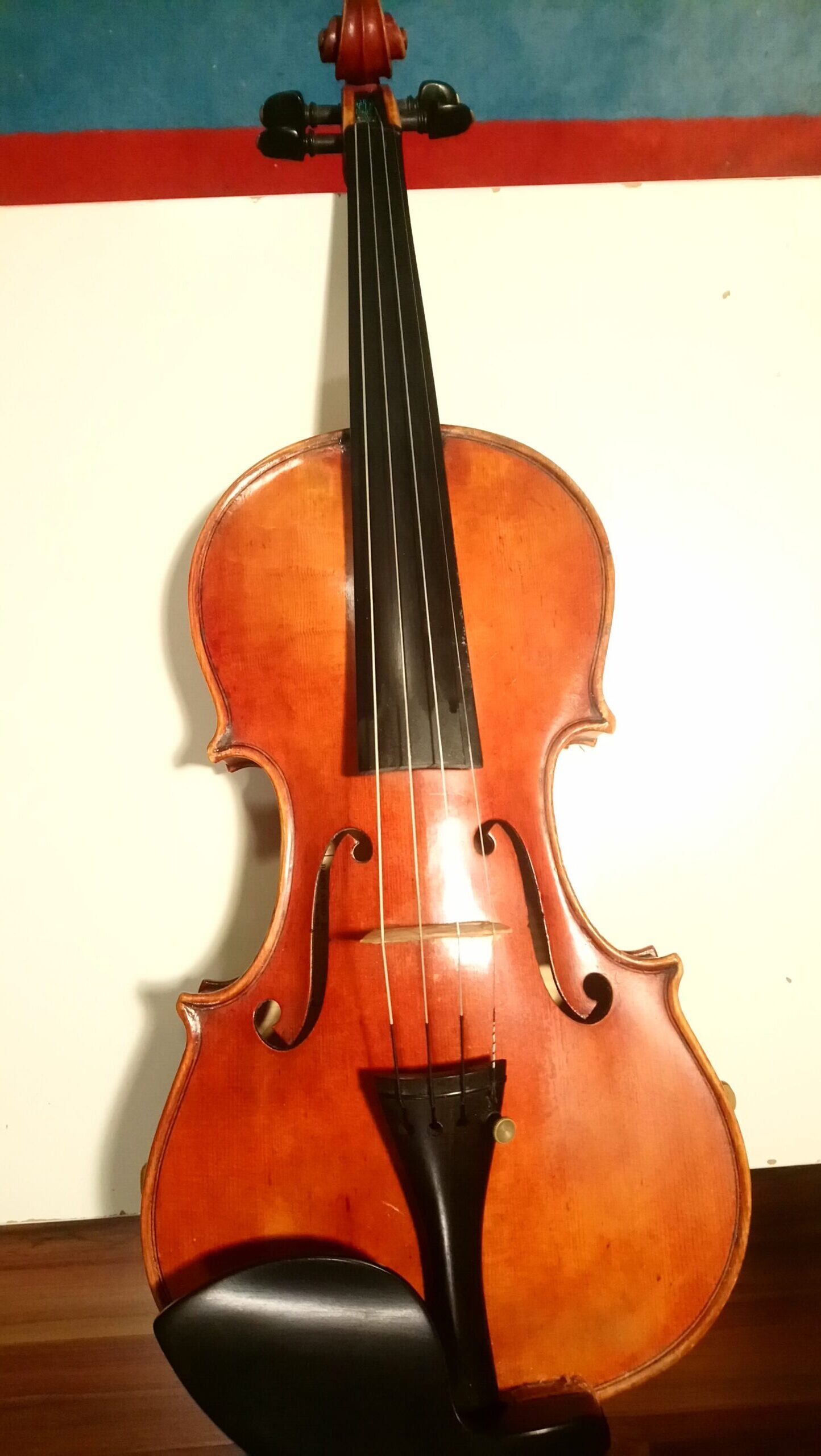 This is a fungal violin. Looks normal, doesn’t it? [Credit: Simon Wiener | Used with permission]

Imagine being asked to close your eyes and listen to mysterious violin sounds coming from behind a curtain. The vibrant musical notes drift through the air, but you have a choice to make. Is this a classic Stradivarius, a modern violin or something weirder: a modern violin treated with a fungus to make it sound older?

That’s the choice a group of arborists and acoustic experts faced in a 2009 blind test. Overwhelmingly, they guessed wrong. When they heard the music produced by the modern “fungal violin” or “biotech violin,” they thought they were listening to a 300-year-old instrument produced by Antonio Stradivari, an Italian luthier – or stringed instrument maker – so legendary that today his instruments sell for millions of dollars at auction.

Can you tell the difference? One clip is a fungal violin and the other is a regular violin (answer at the bottom of the article) [Credit: Matthew Trusler | Used with Permission from Francis Schwarze]

How a fungus managed to fool these connoisseurs is a surprising tale encompassing climate change, the hidden chemistry of wood and both visual and aural aesthetics. It’s also about big money, though not nearly as big as a Stradivarius. “There are only ten [fungal] violins in circulation,” says Hugh Morris, a botanist at the University of Natural Resources and Life Sciences in Vienna, Austria. And they sell for about $20,000.

But if that’s a bit outside your price range, don’t fret: you may soon be able to buy a fungal table featuring gorgeously marbled wood for a mere $16,000.

“I think that it’s unlimited as to what you can do,” adds Morris, who helped develop the techniques that led to fungal wood products like the biotech violin and now researches wood anatomy and wood decay fungi. He thinks that one day fungi could even be trained to write words by being manipulated to grow in specific patterns, much like an etch-a-sketch.

“I want an artistic expression in my wood without losing mechanical stability and that has not been done before, certainly not on a large scale,” Morris adds.

Exactly what makes a Stradivarius sound so magnificent is hard to say. But according to a 2020 paper co-authored by Morris, part of the secret is that Antonio Stradivari plied his craft in Cremona, Italy, during Europe’s “little ice age” from roughly 1645–1715. The cooler temperatures slowed tree growth and allowed cells to grow evenly within the wood, which is ideal for a superior tone in a wooden musical instrument.

In today’s warmer temperatures, the Norway spruce wood used in modern violins does not grow evenly, which produces a less consistent sound. The wood is also heavier than in Stradivari’s time, which affects the vibrational properties of the instrument. This condition also explains why even the best modern instruments do not sound quite as rich as a Stradivarius.

But that hasn’t stopped music-lovers from trying. One of the most innovative ideas sprung from the mind of Francis W. M. R. Schwarze, a Swiss arborist who specializes in fungi that make wood decay. He decided that violins need to lose weight and that the right fungus could make it happen.

Schwarze, who works at the Empa Swiss Federal Laboratories in St. Gallen and co-wrote the 2020 paper with Morris, ultimately chose to add two wood-decomposing fungi to the top and bottom plates of the violin, made from European spruce and sycamore maple, respectively. The spruce plate was treated with Physisporinus vitreus, while the sycamore maple plate was treated with Schizophyllum commune. Each fungus changed the physical properties of the wood.

He and his colleagues soaked the wood in a growth medium, allowing the fungus to thrive. After waiting a few months, they then applied ethylene oxide gas to the wood to kill the fungi and any bacteria. For the blind test in Switzerland in 2009, the wood was treated for six to nine months. But after standardizing the fungal treatment method, it now only takes two months to get the desired sound, according to Schwarze.

So do these biotech violins really sound as good as a Strad? Not quite, says Simon Wiener, a professional violinist in the Zürich Chamber Orchestra in Switzerland. He plays a fungal violin that costs 20,000 Swiss francs (about $21,800) which he bought with a scholarship in 2009.

He took a break from it in 2015 to play older violins, including a 300-year-old Storioni — which was made in the same time period and same location (Cremona, Italy) as a Strad — lent to him by a private foundation. But after playing it on and off, he returned to the fungal violin in 2020.

“New violins usually are almost never as good as old violins … it’s like wine,” Wiener said, but he added that he liked the sound of his fungal violin from the moment he first heard it. He wasn’t even aware that it was treated with fungus until he was informed by the violin maker, Michael Rhonheimer, who also made the regular and biotech violins used in the 2009 blind test.

But while Wiener loves the sound of his fungal violin, he does not think it sounds as rich as the Storioni.

“Probably the violin maker would absolutely disagree, and I’m not that much of an expert [but] I think the other one that I played on … that’s 300 years old, that was, I think, better,” he said. “But still, for me, I think [the biotech violin] is perfectly fine and I like the sound of it still.”

Violins aren’t the end of the story, though.

During their initial experiments, researchers noticed something interesting: they had to eliminate one fungus, Xylaria longipes, from consideration for aesthetic reasons. The reason: it created black lines that devalued the classical appearance of the violin.

“It disfigures the wood,” explained Morris, who used to work with Schwarze at Empa. “No classical instrumentalist will ever buy a violin that spalted [because] that looks like it’s losing its classical appearance.”

The black lines mark the edges of the zones where fungi compete with each other for resources, says Morris, who in 2021 published a study on aesthetic applications for fungi that produce melanin, the same pigment that is associated with skin or hair color.

The resulting patterns, also known as spalting, are beautiful – just not on a violin. “Spalted wood is functional in that you’re using it as a table or a bed, but not in the sense that you’re playing it,” Morris adds.

When induced in wood, after a five- to six-week incubation period, the spalted designs can range from minimalistic straight lines to chaotic pop art, Morris says. When used in cheap wood, he adds, the lines can also mimic what occurs in more expensive pieces of wood, like maple or sycamore. 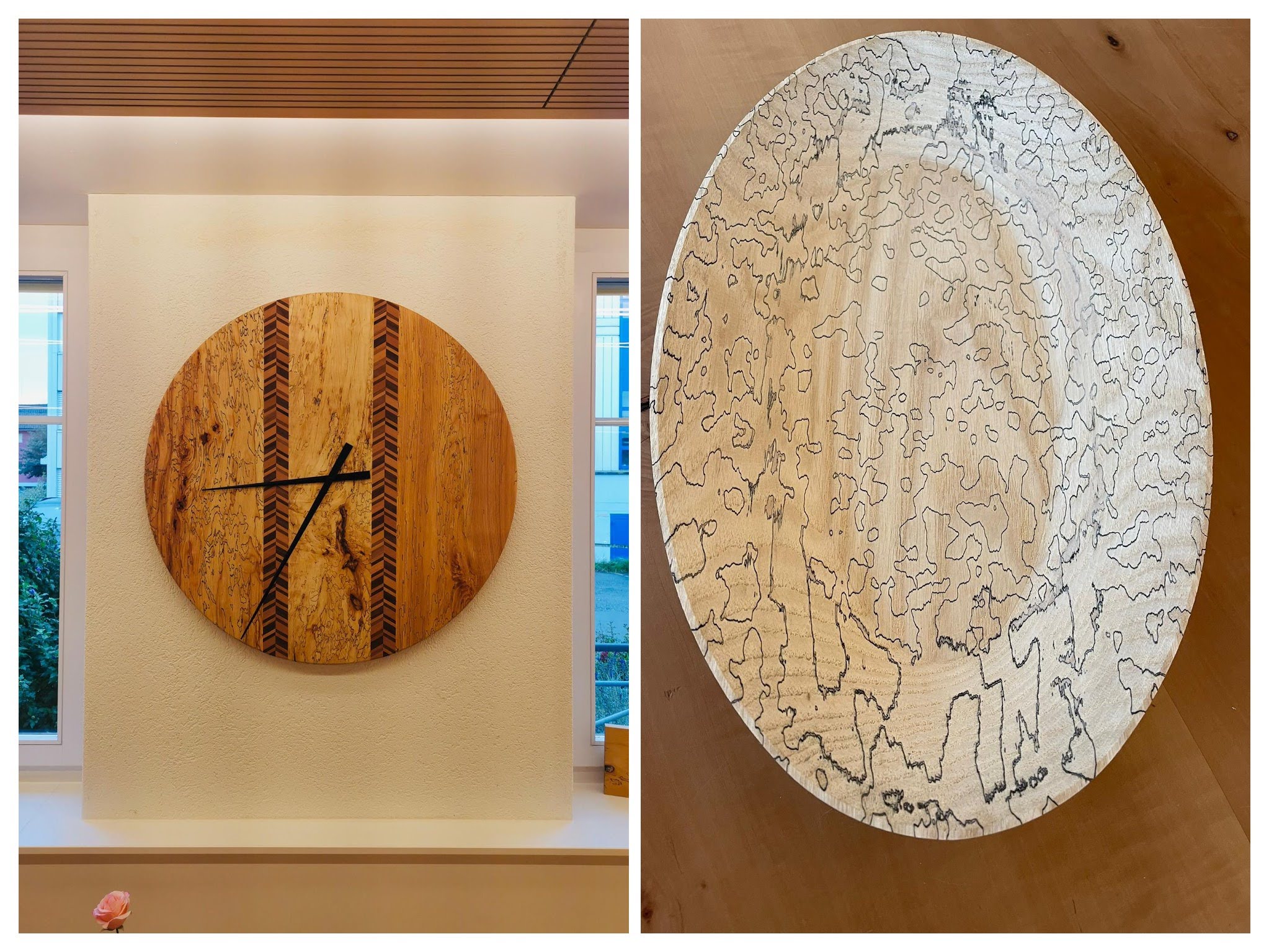 The minimalistic black lines on this huge clock (left) and the chaotic 3D design in this bowl (right) show zone lines are not rotten at all. [Credit: Hugh Morris | Used with permission]

Now Koster AG Holzwelten, a Swiss wood manufacturer, is preparing to make spalted wood furniture available to customers. According to Jakob Koster, a master carpenter who is also in charge of sales, the company is building a lab for spalted wood production.

Even though it is not quite ready yet, the company is already fielding inquiries from interested customers and making plans to establish partnerships to distribute the finished pieces, which can range from watch faces to the interior wood finish of yachts and planes.

When made available in stores, Morris says, the wood is expected to cost 3,000 Swiss francs per cubic meter or about $82 per square foot. That means a large table will cost about $16,000. “Not everyone can afford that kind of table. I couldn’t afford it,” he quips. But because of the amount of time it takes to produce, the price is justified.

The same could be said about the price of biotech violins, which, when eventually mass-produced, are expected to cost up to $30,000 — about the standard cost of a high-quality modern violin, according to Wiener, the Zürich violinist.

It is still uncertain when the biotech violin will be mass-produced. Schwarze and his colleagues are still working to define what the best quality violin sounds like and to develop a plan for scaling up production without diminishing the sound quality.

“Our studies and blind test clearly indicate that the wood quality of a violin appears to be the most important factor for the sound of a violin,” Schwarze says.

In the meantime, seven fungal violins are being loaned out by the Walter Fischli Foundation to the Music Academy Basel and the Tonhalle-Orchester in Zürich.

The long-term goal, Schwarze says, is for every talented musician to “be able to afford a violin with the same tonal quality as an expensive Stradivarius.”

Can you tell the difference? The answer according to Schwarze: “The xyz violin was made of fungal treated wood (Opus 58) that was incubated for six months, whereas the xy violin (Opus 55) was untreated. All four violins were made from wood of the same tree by M. Rhonheimer.” 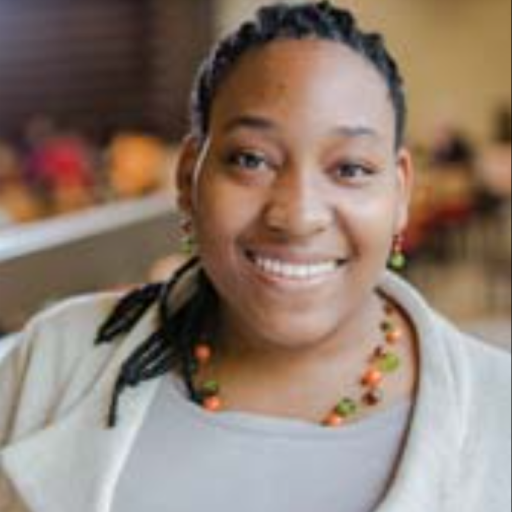 such a good article for the new year, amazing how many excellent inventions by my son Francis has developed over the years since he was born. I am a very proud mother.