Blood glucose monitoring systems are on the rise but who really needs them?

As new uses emerge for continuous glucose monitors, questions remain about their utility for people without diabetes 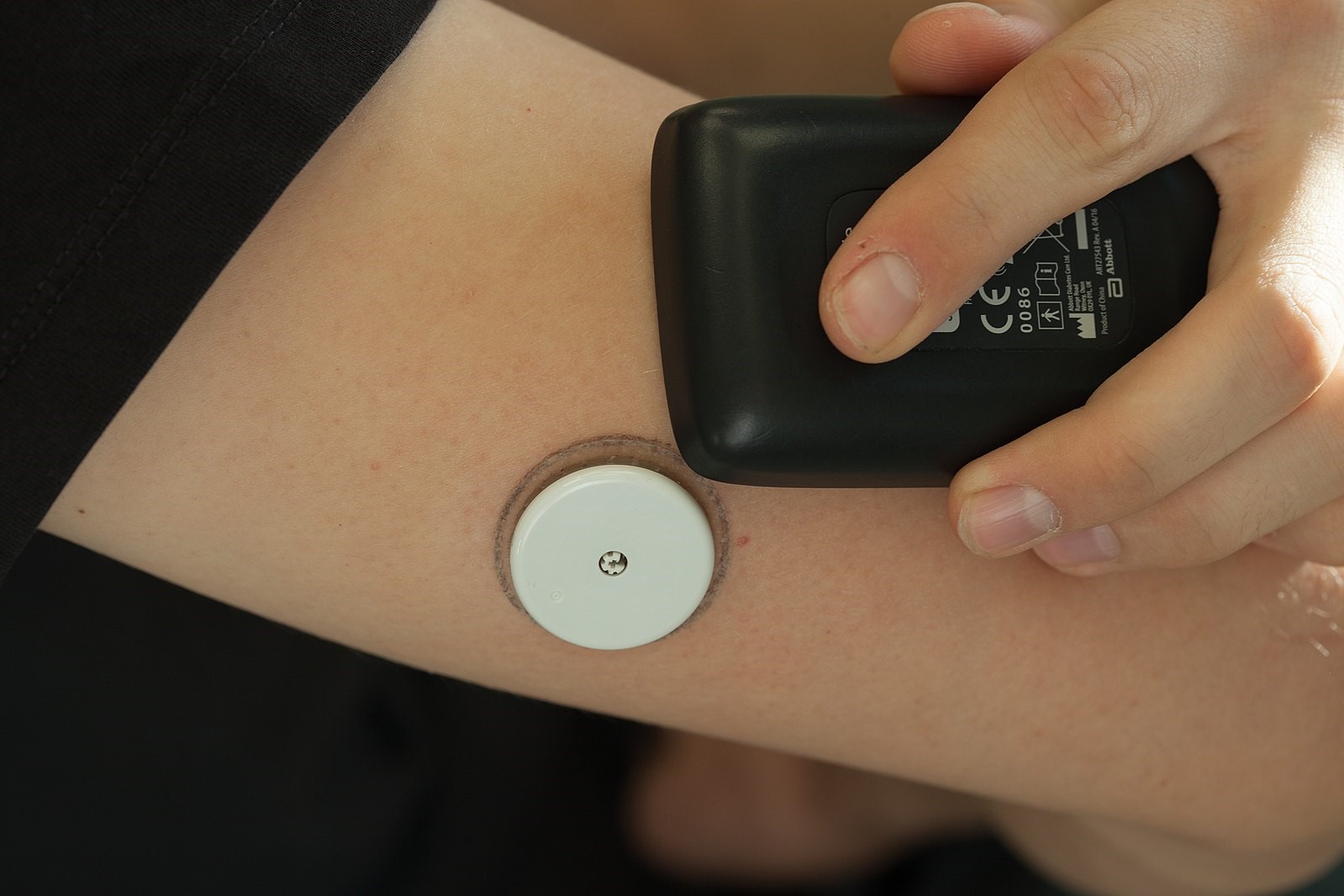 In some social circles, continuous glucose monitors are the new Fitbit. Like a five-digit step count at the end of an exhausting day, people can now attach numbers to the feelings of fatigue that may come with a pre-lunch slump or the crash after a sugar high.

More than two million Americans with diabetes now rely on continuous glucose monitors, or CGMs, to monitor their blood sugar. They help people with Type 1 diabetes administer the right dose of insulin, an essential hormone they don’t produce but can’t live without. People with Type 2 diabetes, especially those who have to supplement their natural insulin production, may also benefit from wearing a CGM. Lately, though, a growing number of startups are marketing these small white biosensors to a wider audience.

“The use of CGMs is blowing up,” says Kate Bermingham, who studies nutrition at King’s College London. Over the next five years, the global market for CGMs is expected to jump 6.6% each year and reach more than $8 billion by 2027. The growth is mostly driven by use in people with diabetes, especially the typically adult-onset form known as Type 2. But private investors are interested in commercial CGM startups aiming to serve people without diabetes, too. One company, Levels, received $38 million of funding in April. Another, called Nutrisense, gained $25 million in July. Still, experts say it’s an open question whether these devices do much for people who do not lack insulin.

People are turning to CGMs for two main reasons: precision and prevention. Outside of the doctor’s office, athletes and health-conscious patients have begun using CGMs to carefully control their blood sugar levels in order to maximize performance. In Europe, the Abbott Libre Sense Glucose Sport Biosensor is now available for anyone to purchase , including athletes. In the United States, CGMs – which involve inserting a half-inch-long filament under the skin – still require a prescription. Companies like Levels, Nutrisense and Signos use the same biosensor technology that medical device company Dexcom and U.S. pharmaceutical giant Abbott manufacture. But to address the regulatory obstacles, they require customers to answer screening questions before they are approved by a consulting medical professional. The companies then send customers the biosensors, which can collect glucose data for about two weeks. That data is then presented to users in a smartphone app with suggestions to improve metabolic health and nutrition.

Yet there is currently limited evidence that CGMs improve athletic performance or generate useful data for healthy populations. “It would be a little like if you could put a microphone under your car’s engine and hear every tiny little ping you don’t hear now,” says Dr. David Klonoff, medical director of the Diabetes Research Institute of Mills-Peninsula Medical Center. “It might be that those kinds of noises don’t really mean anything. It’s not really worth taking your car to the shop until the noise is so loud that you can hear it from the driver’s seat.”

Currently, research in athletes without diabetes is limited and largely focused on endurance athletes, including a 2021 study using CGMs to guide recovery and a 2020 article on carbohydrate intake for ultramarathon runners. Researchers’ reviews of the field also indicate some promise for future work. CGM users may be able to use the information to keep their blood sugar in a tight range. At this point, though, there isn’t proof that the precise control will lead to faster race times, more sets of squats or better endurance.

As a preventative tool, however, the biosensors may help educate and motivate users to make beneficial lifestyle choices. Signos is currently recruiting for a clinical trial to test their app as a tool for achieving a healthy weight – a goal for many of their customers. “Having the ability to look at this with a scientific guise is really important to us,” says Signos co-founder Dr. William Dixon. Other research shows that for many patients, seeing their blood sugar levels change in real time encourages exercise. These lifestyle changes can lower their risk of later developing diabetes and other metabolic disorders.

CGMs may also be useful as an early warning system for people who appear healthy from other diagnostic tests as well, according to Klonoff. “It could be a way of alerting a person at an even earlier stage than we can now that, even though the tests that they do are not truly abnormal, they’re on the road to be abnormal,” he says.

Unlike average measures like hemoglobin A1c, CGMs can give a sense of glycemic variation – the swings in blood sugar that come with eating and exercise. More variation may be associated with poor metabolic health. Detecting these patterns is a selling point for commercial CGM companies given the stark statistics for prediabetes: more than eight in ten of the 96 million Americans with prediabetes don’t know they have the condition, according to the CDC.

For people at risk of developing Type 2 diabetes, CGMs can be a useful tool, says Liao Yue, who studies disease prevention at the University of Texas at Arlington. Personal glucose data provides a “kind of empowerment of people to have more control of their body,” she says. Her current work focuses on cancer survivors, who are incessantly poked and prodded but tend to receive opaque test results. Yue says CGMs, by contrast, give real-time information that lets patients connect their behavior to their biology with the support of health care professionals to make sense of the numbers.

That same empowerment dynamic can help kids working to lose weight. “They love it, they wear it every day I tell them to,” says Dr. Alaina Vidmar, a pediatric endocrinologist at Children’s Hospital Los Angeles who studies novel clinical approaches to treating overweight young people, including glucose monitoring. She hopes CGMs will become more widely available – and at a cheaper price point. The commercially available products currently cost between $159 and $399 for a one-month supply, in addition to any subscription fees like Levels’ annual membership of an additional $199.

This expense means the sensors may not get to the people who need them most. In wealthy countries like the United States, obesity is more common among people with lower incomes who may not be able to spend hundreds of dollars a month on these supplies and subscriptions. CGM use already skews toward white and wealthy diabetic patients, worsening health disparities.

Medicare is moving toward expanding coverage to make them more widely available, and Dexcom offers a patient assistance program. CGMs likely won’t be provided as medical devices for everyone who wants them, but “I think they should be available to everyone with diabetes,” says Klonoff. “It clearly makes a difference.”

Levels acknowledges that the high cost of CGMs is an issue for access, especially by the diabetic patients they were first intended for. They say making the devices more “mainstream” may help. “Our hope is that, if CGMs become a tool for a larger audience, manufacturers will compete with each other for that larger market which will drive prices down,” says Lauren Kelley-Chew, head of clinical product at Levels. Signos Chief Marketing Officer Hannah Russin says the devices may be expensive, but they still cost roughly the same as a gym membership. “Everybody’s pretty aware that your food has a bigger impact on your body than exercise,” she says.

Registered dietician and technical writer Heather Davis also emphasizes that at Nutrisense, CGMs are part of a broader mission to help patients hoping to address a wide range of health concerns. “CGMs alone are not a sufficient tool for anyone,” she says. Davis believes supportive care from dieticians like her is essential, and she aims to keep the limitations of glucose data in mind. “I really think that’s the way to harness the benefit of the CGM without overselling the CGM.” 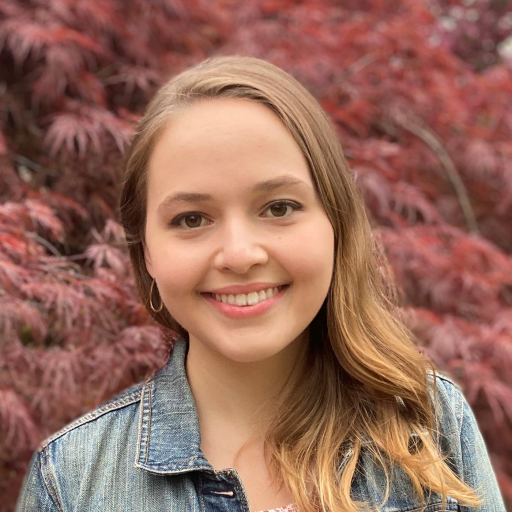 Gwendolyn Rak recently graduated from Swarthmore College, where she studied astrophysics and history. As an undergraduate, she did x-ray astronomy research, interned for the NASA History Division, and edited Swarthmore’s history journal. While her scientific interests have mostly been among the stars, here on Earth she also enjoys baking, streaming the latest Netflix shows, and going on long walks with her family’s dog.